Mustafa Mousab Alowemer told a federal judge on Tuesday that his arrival in the United States in 2016 from war-torn Syria where he witnessed dozens, if not hundreds of atrocities as a child, made “feeling like a human being, safe, conflict-free and peaceful.”

It was a place that should have been full of opportunity.

And it was – at least for a short time.

Alowemer, then 18, moved with his family to Pittsburgh. He enrolled in Brashear High School and was able to complete four years of required classes in three years. He was accepted into a community college and wanted to study engineering.

But it was during his senior year of high school, as he prepared to graduate, that he also plotted to bomb a church on the north side of Pittsburgh on behalf of the Islamic State.

On Tuesday, after two full days of testimony and argument, Alowemer was sentenced by U.S. District Judge Marilyn Horan to serve 17 years and four months in prison. He is expected to be deported upon his release from prison. Otherwise, he will spend the rest of his life on probation.

Alowemer, 24, who lived in Northview Heights, pleaded guilty in September 2021 to one count of attempting to provide material support and resources to a foreign organization.

“This case has had nothing but a tragic impact on everyone – yourself, the innocent victims, your family, our community,” Horan said. “You knew very well what you were doing. All your actions were conscious, intentional and deliberate.

The government asked for the maximum legal sentence of 20 years.

“At the time of his offense he was ill and that illness contributed to his offense,” assistant public defender Andrew Lipson said. “This disease has distorted the world around him.”

Although he had moved to the United States, Alowemer was obsessed with finding information about his family and friends still in Syria. He scoured the internet to find out what was going on there, and the stories consumed him, Lipson wrote in a court filing.

Alowemer had survivor’s guilt for leaving his homeland and began following the Facebook accounts of people engaged in the fight against the Assad-Syrian regime.

“There were other bombs, psychologically, which exploded”

The government said that in the spring of 2019, Alowemer met a person online who he believed supported ISIS. Instead, this person was a secret operator for the FBI.

For several weeks they talked online, during which Alowemer professed his desire to travel abroad to participate in jihad. He also asked for a gun with a silencer and an untraceable cell phone.

He recorded a video of himself pledging allegiance to ISIS.

Then, between April 16 and June 11, 2019, Alowemer met with an undercover FBI employee and a confidential source on four occasions, planning to bomb the Legacy International Worship Center on Wilson Avenue on the north side.

During this spring, Alowemer sent several documents in Arabic with instructions on how to make IEDs, poisons and toxins. He also bought items to build a bomb, including ice packs, batteries, nails and acetone, and provided copies of maps with escape routes.

He planned to detonate a second bomb that would have injured first responders and wanted to leave an Islamic State flag near the area of ​​the attack, expected in July.

Alowemer was arrested before he could attempt to carry out the plot. It was June 19, 2019, two weeks after graduation.

News of the bomb plot shook the North Side community that housed the church, Pastor Michael Day said. On Tuesday he said he was the third generation to lead the church – including his grandfather who pastored there for 60 years until 2016.

The church has 200 members.

Day said that even though the plot was not carried out, the community still experiences the trauma of it.

“We are still named and linked to this event,” he said. “People are still suspicious of us. The members left. Because of this, our church lost financially.

“Yes, the bomb didn’t go off, but there were other bombs, psychologically, that went off. And we are now paying the repercussions.

Day said he had a responsibility to show love and forgiveness, but also to teach that “we reap what we sow.”

Alowemer fitted in with his classmates, but remained haunted by the past

In handing down his sentence, Horan granted a defense request for a start-down based on Alowemer’s history in Syria and later in Jordan as a refugee.

“I don’t deny the mental health consequences of your past life,” Judge said.

Alowemer’s sister testified about the family’s life in Syria when the civil war broke out in 2011.

Shahid Alowemer remembers lying on the ground next to her mother and hearing the sound of bombs being fired. She said she would bury herself in her mother’s blanket and then start counting.

She said she stopped at 28, because the bombs exploded between 28 and 30.

She recounted a day when more than 10 Syrian soldiers entered their home.

She said they ordered her and her two younger brothers “to the wall”, adding: “In Syria, we know that. ‘Towards the wall’ means you are dead.

A soldier pointed his gun at his older brother’s head, then attacked their father, breaking his leg.

The family fled Syria for Jordan in early 2013. They were living in a refugee camp, but Mustafa Alowemer still couldn’t go to school and worked instead to support his family as his father’s injuries left him were preventing it.

In 2016, the family learned that she had been granted asylum in the United States.

“Mustafa was jumping with happiness,” his sister said. “We were finally arriving at a dream life. He was so happy.

Once enrolled in school, Mustafa Alowemer worked hard trying to graduate before he turned 21.

Christine Tapu, a teacher at Brashear, said he fit in with his classmates and was admired, but Alowemer also said he had seen terrible things including decapitated bodies in Syria.

“He behaved with a lot of maturity,” she said.

One day at school, shortly after learning that his family and friends had been killed in Syria, during a lighthearted group chat, Alowemer “said something really, really dark,” Tapu said.

“The bottom line was, ‘What’s the point of living anyway? “”

Fearing that Alowemer was having thoughts of self-harm, the school’s crisis team activated and contacted his family. They offered mental health treatment.

“The family refused any service,” Tapu said. In Syrian culture, men were expected to be strong, not to need help.

“We wanted to help him so much because he was in pain, but at the same time the culture took over,” his sister said.

Less than a month later, Alowemer was talking to the undercover FBI agent on Facebook.

“It was an act of terrorism”

“There is clearly sadness and pain,” she said, before adding that “our criminal justice system forces us to make difficult decisions and put aside sympathy in the need to protect the public”.

When Alowemer was planning the attack, Song said he was motivated by revenge on behalf of ISIS and to strike fear in the United States. He hoped the attack would spur others to take action, she said.

“It was an act of terrorism,” Song said. “The plot included a weapon of mass destruction.”

She said it also had the hallmarks of a hate crime, in that Alowemer targeted a Christian church in an attempt to retaliate for actions against ISIS in Nigeria.

“His goal was to sow fear, to affect the United States and to affect Christians,” Song said.

She told the court that Alowemer also identified other potential targets, including classmates and American soldiers.

“These are not impulsive statements,” she said. “They are showing calculation and anticipation, and I think they are going to his danger.”

Lipson argued that Alowemer was sensitive to the enthusiasm of undercover FBI agents when talking about the planned attack.

“The suggestions slowly shaped her behavior,” Lipson said. “His illness made him more likely to engage in risky behavior.”

“It’s sad because it shows the teenager is focused on the present but not the future,” Lipson said. “If he had been cured, we might not be here.”

During his statement, Alowemer apologized to Day, the church congregation, the community and the government.

“I understand the gravity of my crime,” he said. “I no longer think and act like I used to. I no longer support ISIS.

” I am really sorry. I hope my apologies will be accepted.

Paula Reed Ward is editor of Tribune-Review. You can contact Paula by email at [email protected] or via Twitter . 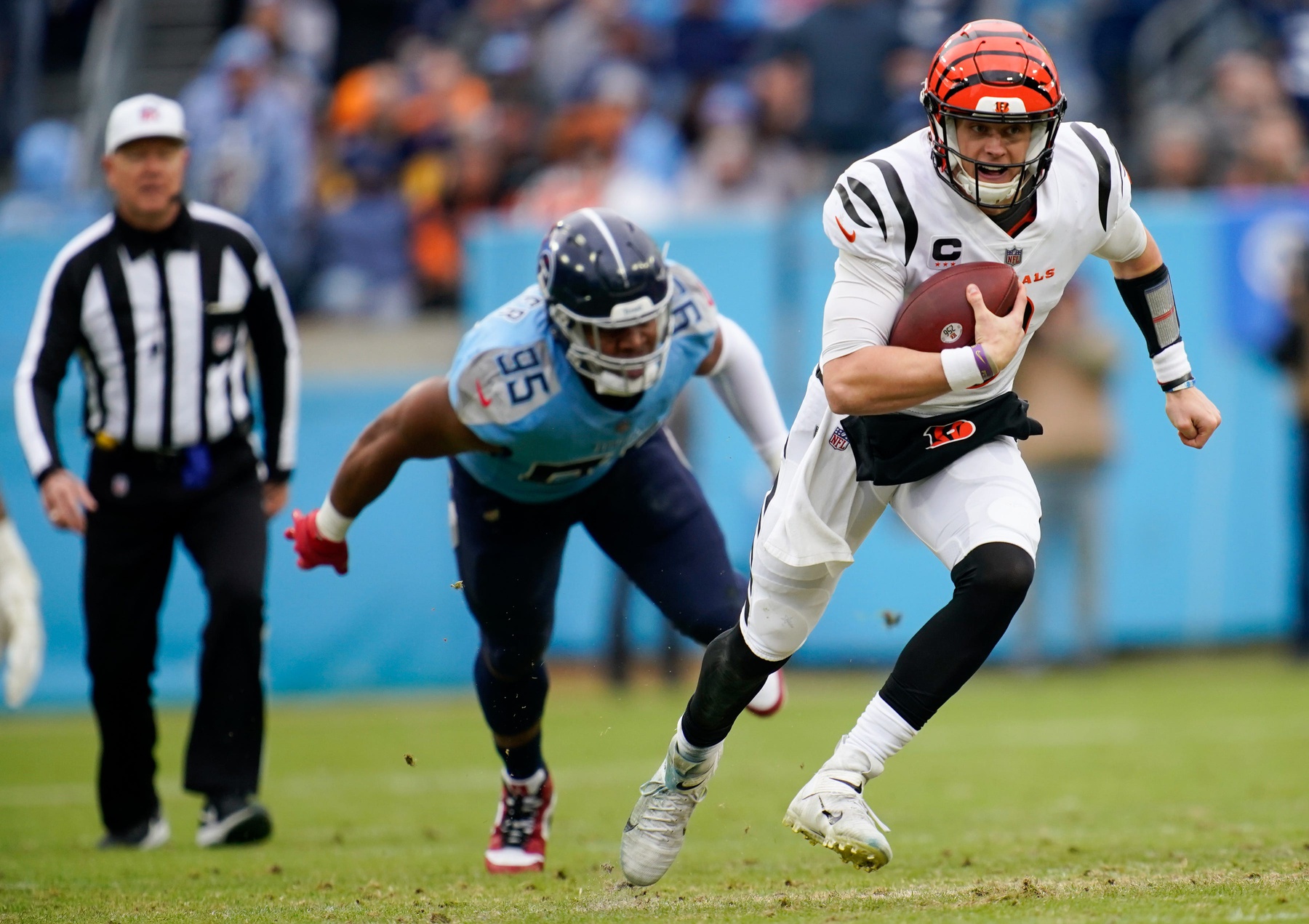 November 27, 2022
Here are all the best Cyber ​​Monday gaming PC deals you can get right now 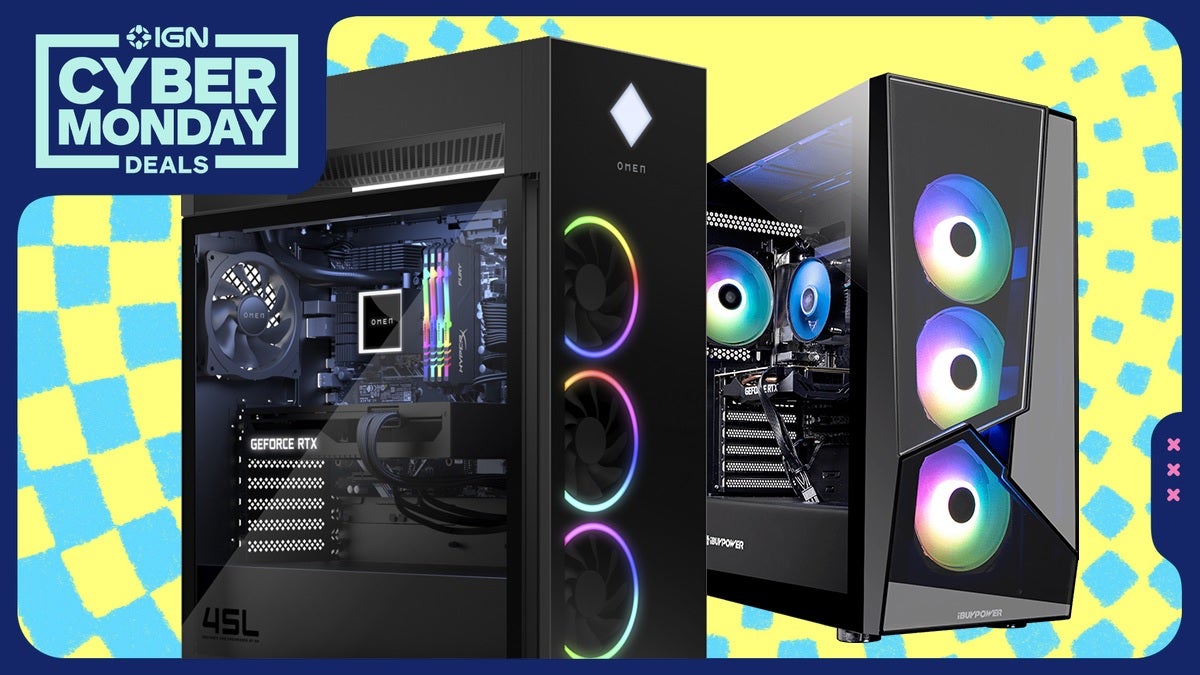