Carson City resident and Navy veteran Ben McCulley, Ben McCulley, has helped develop several of his city’s longstanding amenities and parks, licensed prefab construction, and even built his own home.

Now, at 91, thanks to the help of a longtime friend and experienced local educator, he has finally gotten what he always wanted to achieve before entering the ministry: his high school diploma.

Born on May 11, 1931 in Los Angeles, McCulley grew up with his sister in Van Nuys and the San Fernando Valley, working in his father’s dairies and milking cows daily. They moved from Los Angeles to Missouri and back, with his father making several dairy purchases in Gardena and Bakersfield.

McCulley attended Bakersfield High School and should have gone with the Class of 1950, but he never finished his studies.

“I didn’t graduate because I was missing half a class in social studies,” McCulley said. “I really wasn’t a very good student because I was always late; I’ve always worked on the farm.”

He enlisted in the Navy in March 1951 and worked on tugboats at Mare Island Naval Shipyard in San Francisco. To specialize in specific firefighting skills to operate some of the boats as an EMT, he was sent to a school in San Diego. Eventually he was put in charge of the engines that propelled the ships, he said. His service took place during the Korean conflict.

McCulley returned to Carson City in 1970, where he became superintendent of construction, worked in the construction trade for several years, and worked on a variety of local business and park projects well known in the area. He retired at age 67 to manage his health and continue attending church, but he still did not finish his high school education.

But thanks to his longtime friend and neighbor, Richard Stokes, former superintendent of the Carson City School District, McCulley was able to achieve a lifelong goal of finishing his degree at Bakersfield High School, which is part of California’s Kern High School District, which is now more inclusive more than 19 comprehensive schools, five secondary schools, one adult school and several special schools and serves a total of more than 42,000 students. 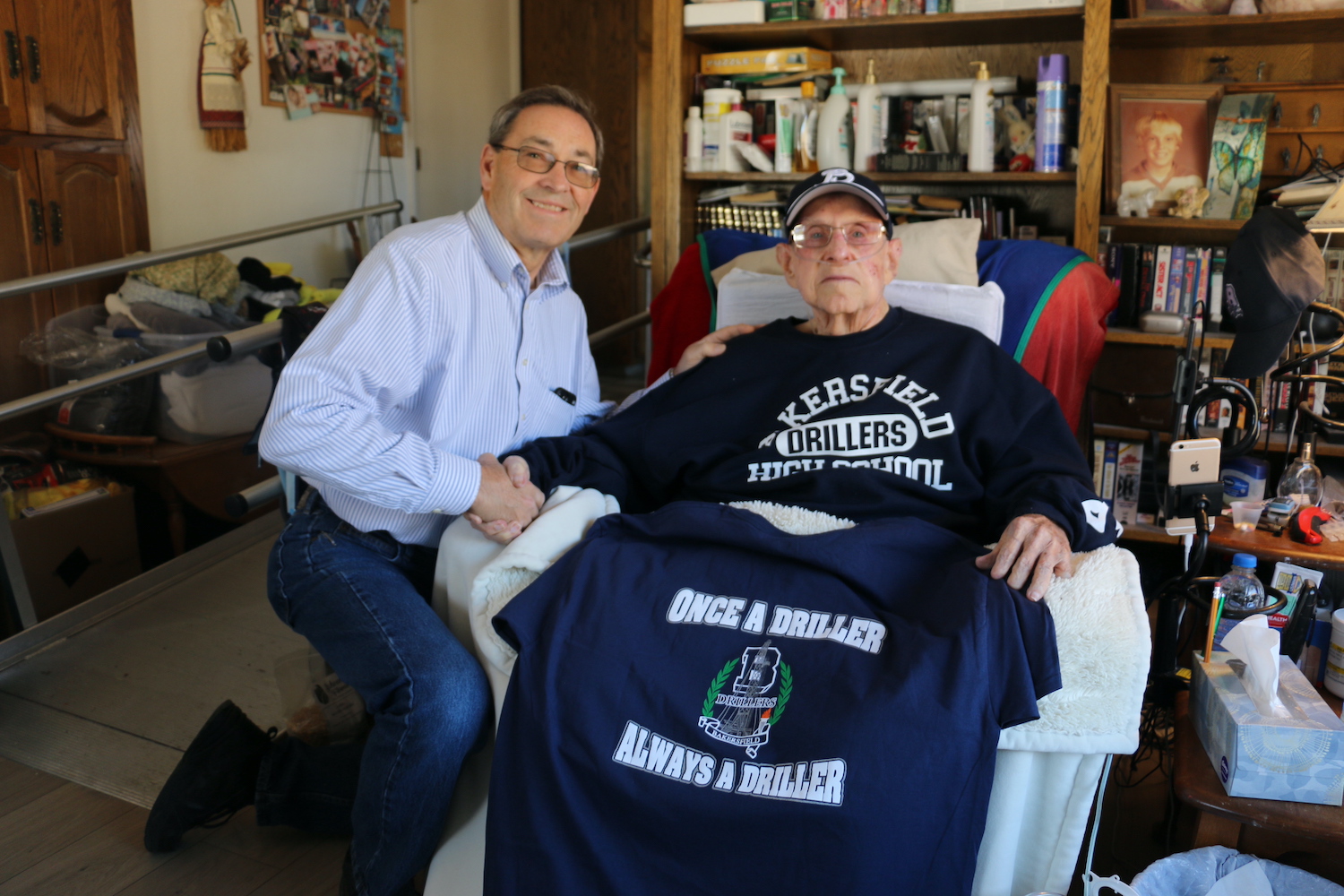 “I tried several times (to finish) but never got a seat,” McCulley said. “I spoke to Richard and he says, ‘Maybe I can help you with that.’ ”

Stokes, who retired from CCSD in June, visits McCulley as often as he can and helped make the connection to BHS.

“The guys with Bakersfield were really good,” Stokes said. “They thought it was a real human interest feature. He wanted to be recognized as a high school graduate, so they just needed a little bit of information.”

Stokes originally planned to help McCulley review Nevada’s Department of Veteran Services requirements for veteran assistance. The Nevada legislature passed Assembly Bill 72, or Operation Recognition, in 2003, which allowed school districts to issue standard diplomas to veterans who served in the armed forces between September 16, 1940 and May 7, 1975 during World War II through the Vietnam War .

Stokes wasn’t sure if California could have a similar program, but said it did and, in certain circumstances, the state would recognize veterans’ academic credentials.

“They thought about his situation and agreed and said Ben had a full life,” Stokes said.

McCulley had his transcripts mailed to Bakersfield, and Stokes said he took post-secondary courses at two community colleges to complete the diplomas he lacked. BHS also sent him some “school gifts”, including a sweatshirt, t-shirt and cap featuring the Drillers’ school mascot, which Stokes said was very thoughtful.

“That along with his veteran service, they thought he deserved to have his high school diploma,” Stokes said. “They sent this to him in early October. And they gave him credit for being in the Class of 1950. They sent him a really nice letter thanking him for his service. … And Ben was thrilled, as were all of us. We are very proud of him and all the good things he has done for our community.”

The letter, signed by BHS Director Ben Sherley, reads, among other things: “First of all, I would like to thank you for your service to our country. It’s victims like yours that make our country the very best in the world. Second, it is my honor to present you with your Bakersfield High School diploma. Although later than expected, it is still a great achievement that you and your family can be proud of.”

McCulley said there are multiple generations of Ben names in his family, from his father to his great-grandson, and he said he feels great to have achieved his goal.

“(My family) thought it was a little late and they wondered why,” he said, smiling. “I’ve wanted to do this for years. I was never able to reach the right people down there, but with Richard’s experience, it took him a while too.”