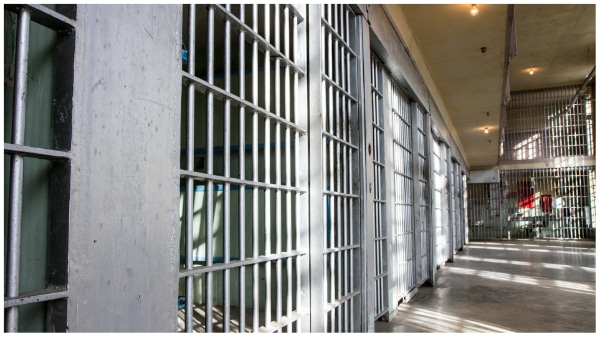 *A Georgia woman demands justice after her brother went missing during the Thanksgiving holiday, only to turn up dead in a Clayton County jail.

Terry Lee Thurmond III38, celebrated Thanksgiving with his family at his sister’s house. Lateral England. But when he left the celebrations, he forgot to take his phone with him and then the father-of-three disappeared, reports WSBTV.

England had not heard from her brother, who has a mental illness, until learning of his arrest and subsequent death in prison.

Thurmond was arrested, according to multiple reports, for entering security areas at Hartsfield-Jackson International Airport without proper identification or a ticket. Thurmond posed as “an airport employee pushing you passenger in a wheelchairsaid TSA, as reported by the Atlanta Journal Constitution.

The Clayton County Jail is a brutal, dangerous place, even without Victor Hill at the helm. “Jailers handcuffed Terry Lee Thurmond III… ‘put hands, knees and their weight’ on him ‘while he lay face down for about 10-15 minutes.'” #MourningOurLosses https://t.co/XN6baY7Maq pic.twitter.com/t7ozv4T5iD

Reportedly after his arrest Thurmon died Monday after a fight with officers at the Clayton County Jail. According to a coroner’s report, he has “tried to jump over a railing that was between 8 and 9 feet high when other inmates and officers stopped him.” Per WSBTV.

Here’s more from the news channel:

When Thurmond got back to his feet, he continued to fight and was tasered, the report said. It also said Thurmond was held down by officers for 10 to 15 minutes while he lay face down.

England is urging authorities to release video footage of the incident.

“When she tased him, did he fall? Did he hit his head? What happened?” she asked.

“He is sweet. [He] had a few issues and I think it’s mainly because he had mental issues,” she explained.

The Georgia Bureau of Investigation is reportedly conducting an inquiry into Thurmond’s death.