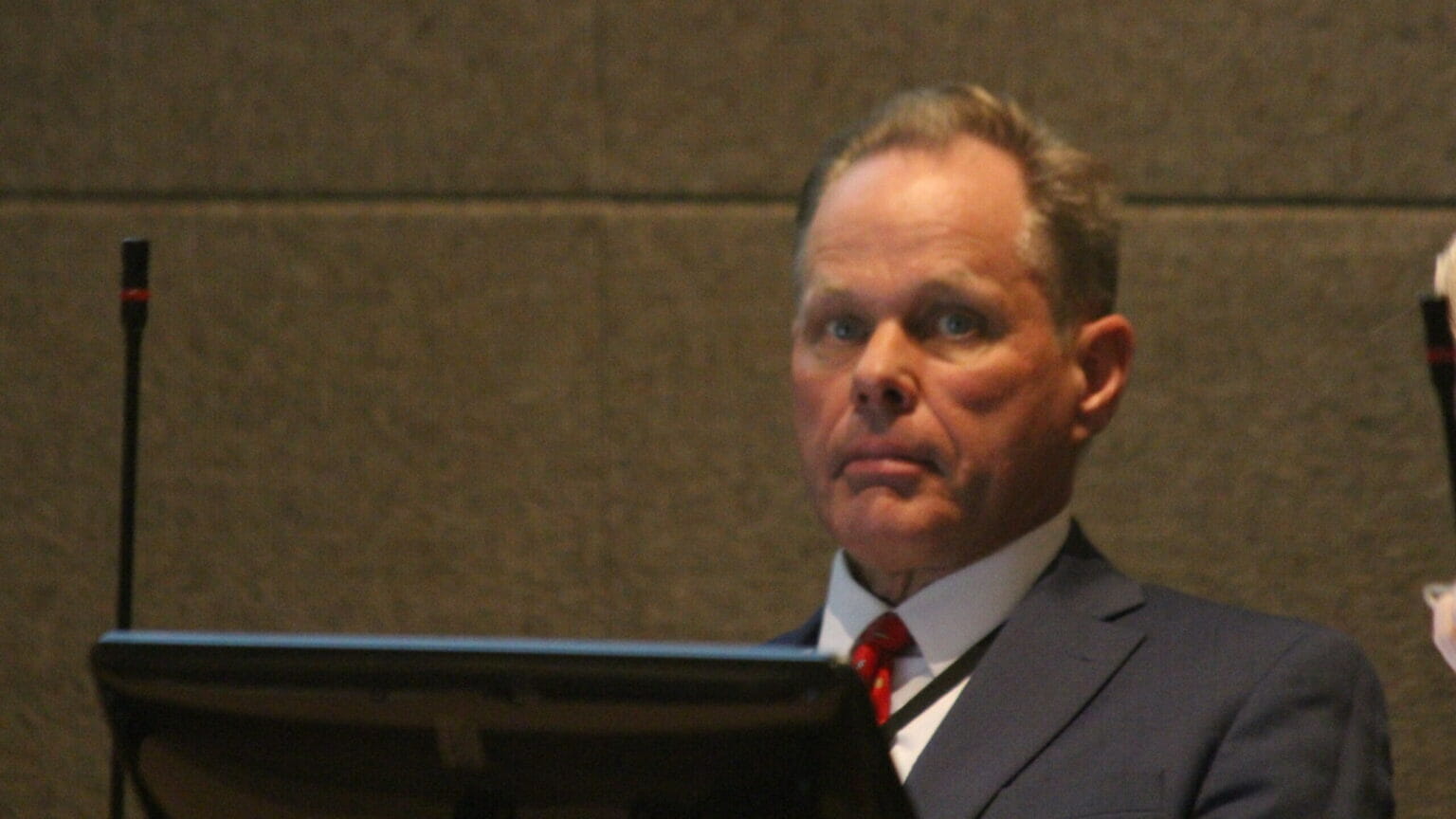 Anchorage Mayor Dave Bronson remained silent on a number of allegations against his government on Tuesday.

Bronson addressed the Anchorage Assembly Tuesday night, the first regular assembly meeting since numerous allegations of unethical and illegal actions against the mayor were made in a scathing letter from former community leader Amy Demboski. Bronson fired Demboski last month.

Bronson’s report to the meeting was fairly brief – just under two minutes. He detailed the recent graduates from the city’s fire academy, as well as the upcoming economic forecast luncheon hosted by the Anchorage Economic and Development Corporation.

His remarks failed to respond to the allegations in Demboski’s letter, which include improper contracting and other “unlawful and unethical activities using municipal resources.”

During her report, Assembly Chair Suzanne LaFrance discussed how the Assembly took the unprecedented step of giving itself subpoena powers to obtain information on another controversial aspect of Bronson’s tenure: the hiring of former Health Director Joe Gerace.

Gerace resigned just before Alaska Public Media and American Public Media published an article revealing that Gerace had lied about his education, military and medical qualifications. LaFrance on Tuesday subpoenaed Anchorage’s human resources director, Niki Tshibaka, to appear later during their meeting in a closed session to discuss his role in reviewing, hiring and firing Gerace.

At the end of her report, LaFrance turned her attention to the mayor.

“Because this issue is so serious, I wanted to give you the opportunity to take a privileged moment to respond to our community regarding the growing concerns about financial and employment mismanagement and the findings of the Gerace Inquiry,” said LaFrance. “Now if you want to speak on that, the floor is yours.”

Bronson responded to concerns about Gerace by saying that by law the city cannot release personnel records. He did not comment on the allegations in Demboski’s letter.

Following Bronson’s response, LaFrance reiterated that there was an “permanent invitation” for him to speak out about the other allegations “should you change your mind and decide to reach out to the community regarding other allegations, particularly those relating to financial matters.”

Bronson left the meeting about an hour later.

Bronson’s administration has previously declined to answer questions about Demboski’s allegations, citing prosecutor’s advice. The assembly has issued several emergency ordinances in response to the allegations, including clarifying the Ombudsman’s access to personnel files for investigations and requiring all city contracts over $10,000 to be presented to the panel.

Bronson’s administration is also under fire for surveillance footage. Several city officials have accused the administration of monitoring footage to see who is attending the Anchorage Ombudsman and Assembly. Administration says it is investigating and the matter has been referred to the city’s Attorney General’s Office.

Meanwhile, the administration announced another leadership reshuffle on Tuesday night: acting prosecutor Blair Christensen is stepping down, and her deadline is February 8. City officials said Christensen was leaving to pursue another job opportunity. Bronson’s first city attorney, Patrick Bergt, resigned as the city’s chief attorney in June, and the convention voted down the mayor’s election this fall to replace him, Mario Bird.