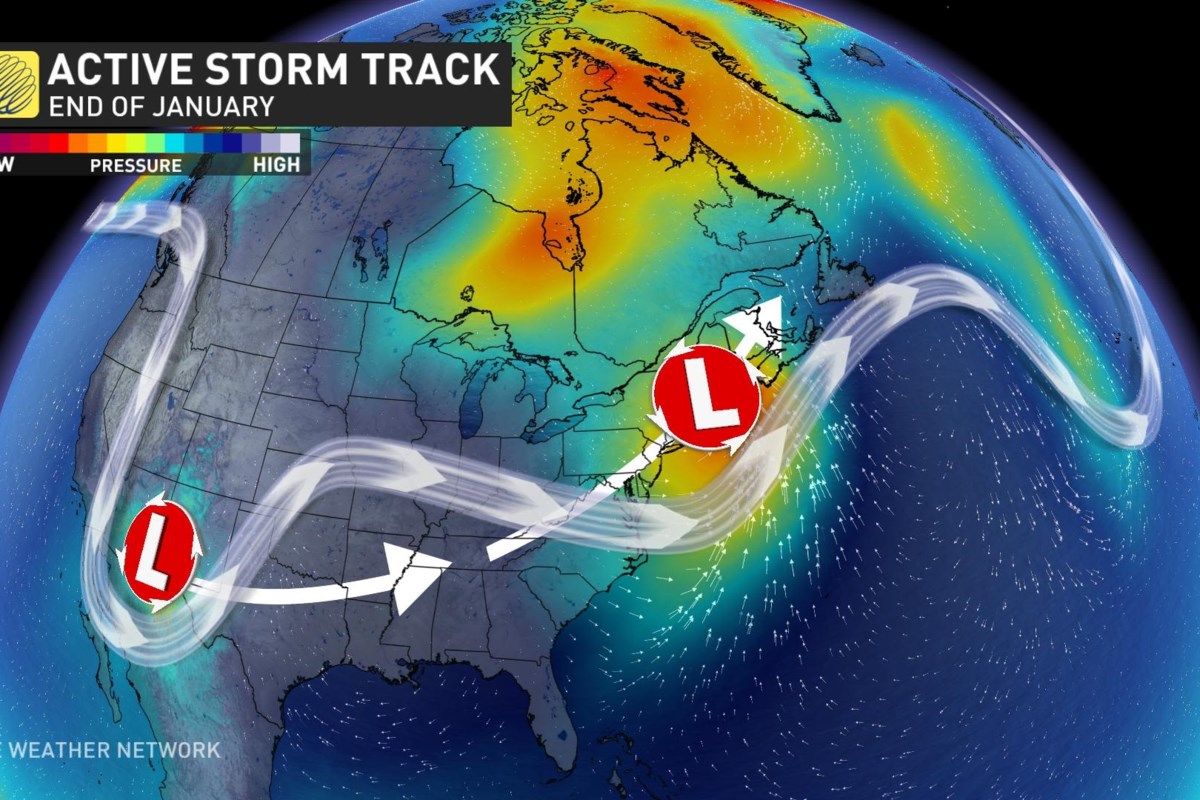 Cold snap expected for most of the province starting this weekend.

Environment Canada has issued a special weather statement for parts of northeastern BC, warning of the return of arctic air and a 28 degree drop in temperatures.

The weather agency is warning of a cold spell for most of the province from this weekend.

“Starting late Friday, arctic air will enter BC with a large temperature shift from our mild January,” said the weather statement, which so far includes the Williston area but not the Peace River or Northern Rockies regions.

“Gusty winds will accompany the arrival of the cold air, and the wind chill will make it even colder.”

Daily temperatures have hit average highs of -3 degrees so far this month in Fort St. John and Dawson Creek, about six degrees warmer than the -9 normal for this time of year.

Environment Canada is calling for highs of 5 degrees Thursday and -6 on Friday, falling to -23 degrees in both cities by Friday night, according to the seven-day forecast. Highs of -16 and -15 are forecast for Saturday and Sunday.

“Temperatures are expected to gradually increase late next week, early February,” Environment Canada says. “However, significant uncertainty remains over the timing of a return to seasonal temperatures.”

In a separate forecast, The Weather Network says shifts in the jet stream will pull cold air south from the Arctic, where it “became trapped across the north and Siberia.”

It is forecasting “freezing cold” across most of Canada and deep into the United States, even forecasting a 6,000-kilometer band of snow stretching as far north as Mexico and Texas to Atlantic Canada and Greenland over the next few days.

A mix of sun and clouds. Wind from the west 30 km/h with gusts up to 50. Temperature constantly close to plus 5.

Cloudy with a 60% chance of snow flurries. High minus 6.