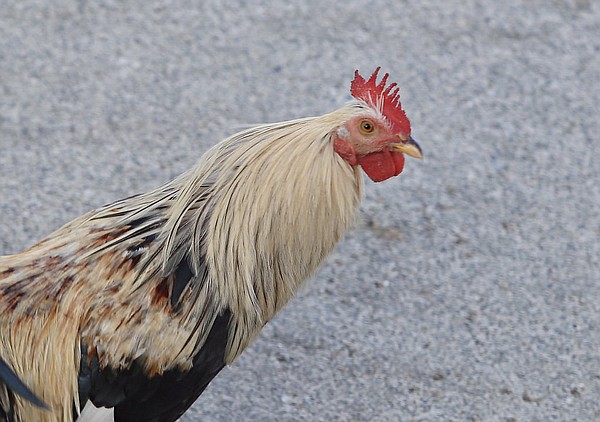 A third case of highly pathogenic Arkansas avian influenza has been confirmed in a backyard hobbyist flock in Arkansas County, as wild bird migration patterns amplify the spread of the virus.

A flock of 16 birds consisting of turkeys, chickens and quail were affected. They were destroyed and buried on site, Arkansas Department of Agriculture officials said Thursday.

The US Department of Agriculture says more than 52.3 million birds – mostly chickens and turkeys on domestic farms – have been killed in 46 states as part of this year’s outbreak.

According to The Poultry Federation, a Little Rock-based trade organization that represents the Arkansas, Missouri and Oklahoma poultry and egg industries, more than 6,500 farms produce some form of poultry in Arkansas. Poultry is Arkansas’ leading agricultural segment, supporting more than 157,639 jobs, the association said.

Nearly 9,000 layers in southwest Missouri were killed this week after federal officials confirmed an outbreak of bird flu; This is the 11th case for Missouri this year with a total of 435,000 birds on six commercial farms and four backyard flocks affected so far.

The latest case of bird flu in Arkansas showed “elevated mortality over several days,” according to a news release from the state Department of Agriculture Thursday.

“The Arkansas Department of Agriculture is urging poultry owners to increase biosecurity measures on their operations in response to multiple reports of highly pathogenic avian influenza (HPAI) in wild birds along the Mississippi Flyway,” said Patrick Fisk, Director of the Livestock and Poultry Division, in the press release.

Dustan Clark, a poultry veterinarian at the University of Arkansas Systems Division of Agriculture, said in October that fall migration of wild birds could pose a risk to poultry.

Migratory birds and shorebirds can spread the virus thousands of miles as they fly south.

Cases of bird flu emerged in Arkansas in October.

The second case of bird flu has been confirmed in a flock of 300 birds in Pope County.

The Livestock and Poultry Division strongly recommends that poultry flock owners take several steps to reduce contact with affected birds or their droppings over the next 30 days to help stem the spread of the virus, particularly in the Delta region.

The department recommends keeping birds indoors or covered to avoid contact with wild birds. Herd owners may also limit access to water sources that could be contaminated by wild birds.

It is also recommended that flock owners use strict biosecurity measures to prevent contact with wild birds.

Some basic biosecurity measures herd owners can take are monitoring and limiting a herd’s exposure to people, vehicles, or other animals.

Herd owners should disinfect equipment, vehicles, shoes and other items that come into contact with a flock.

Flock owners should try to keep their flocks away from wild or migratory birds, especially waterfowl.

Sick birds should be isolated and a veterinarian should be contacted to check on sick birds.

Allowing only essential workers and vehicles to enter the facility can also reduce the risk of the virus entering from an external source; Owners can also avoid going to other poultry farms or making unnecessary trips off the farm.

Avian flu is not a public health threat; it does not affect poultry meat or egg products and such products are safe to consume.

Avian influenza is an airborne respiratory virus that spreads among birds through nasal and ocular secretions and manure. The virus can spread between flocks of poultry, from wild birds, or through infected poultry, equipment, or keepers’ clothing or shoes.

Owners of small flocks of poultry may contact a county extension agent, local veterinarian, state veterinary service, state livestock inspector, or call the USDA hotline at (866) 536-7593 if a flock is suspected of having avian influenza.

The State Department of Agriculture recommends backyard herd owners who observe disease or unusual deaths in their herds email [email protected] or call (501) 823-1746.