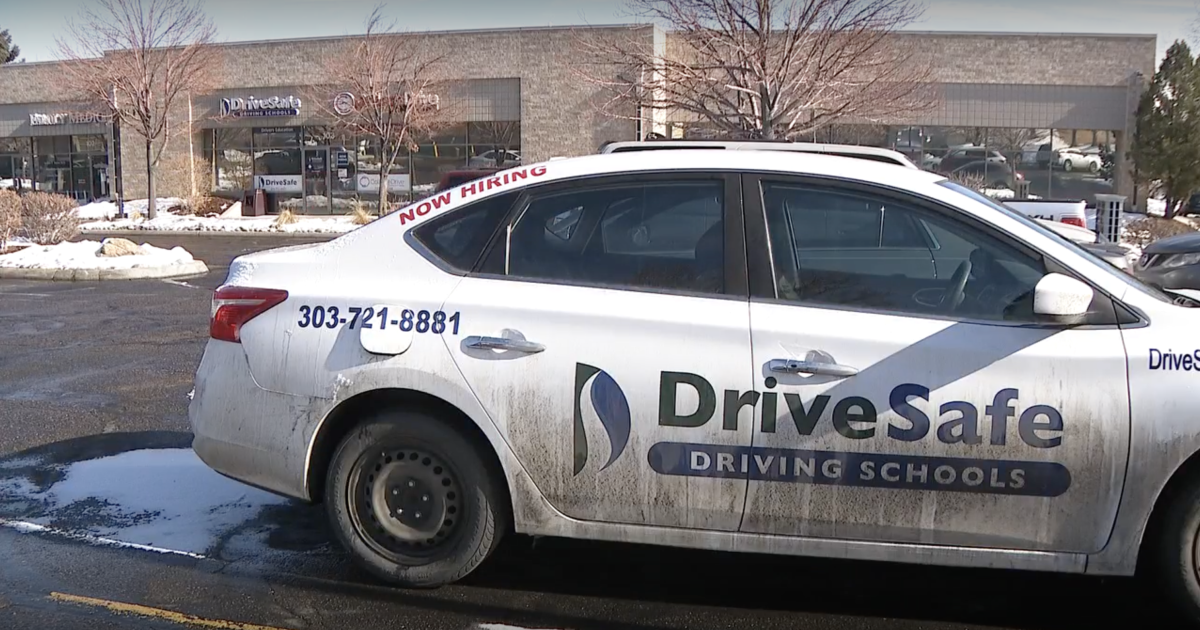 During a news conference Monday, the Colorado Department of Transportation announced that 745 people were killed on Colorado’s roads, a 57% increase from a decade ago. A record number of pedestrians and motorcyclists were also killed.

The press conference took place on the same day that the state legislature held its first hearing on a bill to change the requirements for younger drivers to get a driver’s license.

Lessons from the streets

The driving school offers 30 hours of classroom instruction, experience behind the wheel and more. The majority of people coming through the classrooms are teenagers who want to get a learner’s license or to prepare for their driver’s license test.

The aim of the program is to give inexperienced drivers confidence in their decisions and to give security to their families.

Dinwiddie points out that the roads have changed quite dramatically over the past decade between construction and population growth.

“Roads aren’t getting smaller, they’re not getting slower, and they’re not getting easier. They’re getting bigger, faster and we’re getting more cars,” Dinwiddie said. “The laws are constantly changing. And if you think about it, that means the majority of people on our streets are learning something that’s probably different than what should be done right now.”

In addition to road sizes and traffic changes, Skyler McKinley, regional director of public affairs at AAA, says more policy decisions are being made to encourage multimodal transit options, meaning cars have more potential to interact with pedestrians, cyclists and other vulnerable road users.

“The last time there were significant revisions to our requirements was when Colorado was a much smaller state that didn’t have all of these people living here and interacting with bikes and pedestrians. It really hasn’t changed in a long time,” McKinley said.

What are the current requirements?

In order to get a driver’s license, people aged 16 to 16 ½ must train for six hours behind the wheel.

But the older a prospective driver gets, the lower the requirements for obtaining a driver’s license become.

“I don’t understand why something as serious as driving a car, the idea that just because the calendar is turning pages, we have to just assume that everyone knows how to do it with a high degree of sufficiency,” Dinwiddie said.

McKinley, meanwhile, points out that other career courses have much higher standards for the pro to get a driver’s license, though they’re nowhere near as dangerous as driving.

“If you want to be a hairdresser, you have to do 60 hours of classroom work plus apprenticeship time. The same applies if you want to become a nail technician or a notary. Lives are not necessarily at stake,” McKinley said.

How would this bill change things?

The bill would add new requirements for drivers under the age of 21 who want to get their driver’s license.

The bill also provides a $1,000 tax credit per student for the cost of these classes and training.

“Since 2017, our deaths have increased every year, year after year. We have to think about how we can make our roads safer,” said Winter.

Winter points out that driving courses have also become much more accessible over the years, with many now being offered online. They’re cheaper now too.

“AAA offers them for $79. There are online deals for $40. We want to make sure they’re affordable and accessible, and we’re honestly giving our kids the tools they need to drive safely,” Winter said.

Some driver education courses offer scholarships, while others work with the Department of Human Services to help low-income families afford the courses.

Another potential benefit: McKinley says the law change could affect insurance rates in the future.

“Colorado currently has some of the fastest growing insurance companies in the country. This is the low hanging fruit. So that’s how we’re starting to address that, because this is an area that we’ve left undiscovered for quite some time,” McKinley said.

However, at Monday’s first hearing of the bill, some questions and concerns were raised about the language and intentions of the bill.

Republicans on the committee, meanwhile, pointed out that rural areas don’t have access to broadband, so these requirements could have a disproportionate impact or put more strain on drivers in those areas.

Both Republicans voted no to the bill over the summer, despite bipartisan support from an interim transportation committee. Nonetheless, the bill passed its first committee test and is moving through the legislative process.

What should Denver7 pursue? Is there a story, topic or problem that you would like us to revisit? Let us know using the contact form below.