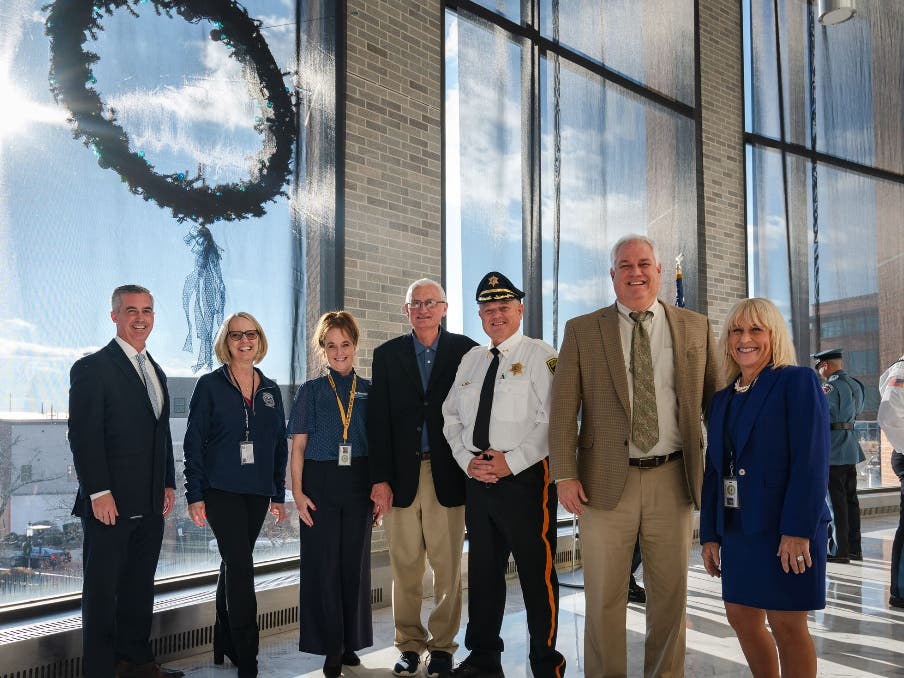 DOYLESTOWN, PA — Throughout the holiday season, a wreath adorned with blue lights will shine from the third floor of the rotunda at the Bucks County Administration Building in Doylestown to commemorate the county’s fallen police officers.

The wreath will remain lit throughout the holiday season in honor of Bucks County law enforcement officers who have died in the line of duty. The wreath is adorned with blue lights and white ornaments.

“At this time of year, as we come together to celebrate the season with friends and family, it’s important that we remember those who gave their all to protect our county and communities,” the commission chairman said , Bob Harvie. “In memory of their ministry and theirs
making sacrifices, we proudly light this wreath and display it for the fallen heroes of Bucks County law enforcement.”

This year’s roll of honor includes:

In 1988, Craig placed two blue candlelights in the window of her home: one in honor of her son-in-law, Philadelphia Police Officer Daniel Gleason, who was killed on the job in 1986; and one for their daughter Pam, Gleason’s wife, who died in a car accident in 1988. The couple had six children.

Craig wrote about her simple gesture to Concerns of Police Survivors (COPS), an organization dedicated to the families of fallen officers, which helped the idea catch on nationwide.