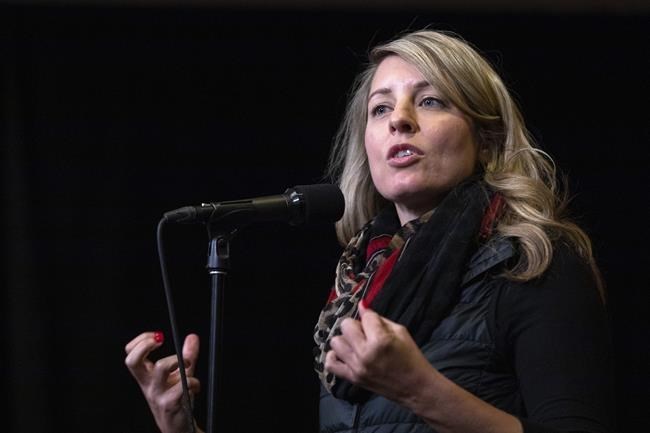 Ottawa announced last Friday that it was holding talks with the government of Cameroon and various factions to develop a peace process for a political solution to the crisis.

However, the country’s pro-state newspaper, the Cameroon Tribune, said the government had “not engaged an outside mediator” to negotiate to end the conflict.

The newspaper quoted a press release signed by the country’s communications minister, René Sadi, as saying Cameroon had “not entrusted any foreign country or external body with any role as mediator or intermediary to resolve the crisis.”

The Canadian press has not independently verified the letter and the Cameroonian Ministry of Communications did not immediately respond to a request for comment.

“We are in contact with the parties and our previous statement stands,” spokesman Adrien Blanchard wrote.

“Canada’s only interest in this matter is a peaceful resolution and a more secure future for all civilians affected by the conflict.”

Years of fighting and strife have displaced nearly 800,000 people in the country in a conflict over how the country’s largely English-speaking western region should be governed.

The conflict has claimed more than 6,000 lives since 2017 and left 600,000 children without full access to education.

According to the United Nations, fighting between state security forces and armed groups has continued, resulting in the killing and displacement of civilians, including attacks on schools and children.

Joly said last week Ottawa had accepted a mandate from the Cameroonian government and some separatist groups to help them achieve a comprehensive political settlement to the conflict.

Switzerland tried a similar process in 2019.

Canada was not directly mentioned in Sadi’s testimony.

“It is up to the Cameroonian people, institution and leaders that they have freely chosen to seek appropriate ways and means to address the problems of our country,” the statement said.

Cameroon has been ruled by President Paul Biya for 40 years, and according to Human Rights Watch his government has restricted freedom of expression and association for opposition parties.