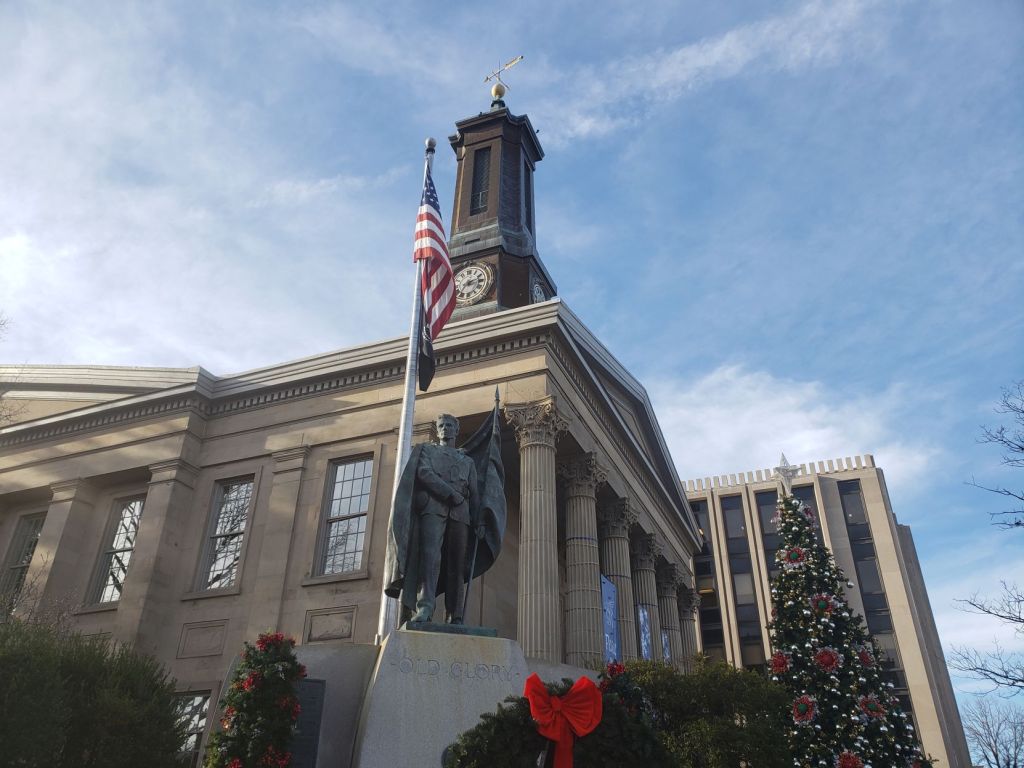 WEST CHESTER — Edward Griffith, the no-nonsense, down-to-earth and pragmatic Common Pleas Court justice who served in a historically accented courtroom and happened to play a central role in a historic Chester County court case, died Tuesday. He was 74.

Griffith, known to family, friends and lawyers who went by the nickname “Rusty” to him due to his red hair as a young man, had taken a leave of absence earlier this year to deal with health issues and his death left an absence on the district bank.

“Judge Griffith will be greatly missed as a bench member of the Chester County Court of Common Pleas,” President Justice John Hall said in a statement on behalf of his peers on Wednesday. “He was an extremely hard worker and developed into an excellent trial judge. Even in his final days, when he was gravely ill, he devotedly worked with his staff to make the necessary court decisions and keep his case list up to date. His decisions were rarely challenged, and those that were almost never reversed.”

While Griffith’s demeanor on the bench could be fresh and curt, he was always courteous and polite to those who appeared in front of him and forthright and friendly to those he greeted in the hallways of the Justice Center.

“In addition to his undeniable acumen as a lawyer and legal professional, his easy-going, pleasant personality quickly led to friendships with his peers,” Hall said. “His loss is meaningful to all of us, both professionally and personally.”

Griffith, a native of Wilkes-Barre, Luzerne County, who had a career as a civil attorney before being elected trial judge in 2003, dealt primarily with civil matters during his tenure, presiding over a variety of medical malpractice cases, property and building disputes, municipal zoning matters and complex contractual matters, including the controversial sale of two county hospitals in 2022.

He also oversaw an unusual dispute between the state Alcohol Board, a Main Line attorney and Chester County Hospital over the disposition of hundreds of confiscated bottles of fine wine. Ultimately, he decided that the wine could not be donated to the hospital and sold for charity. The case and its decision were publicized nationally under the headline “Wine Lovers Mourn as Pennsylvania Judge Approves Dumping.”

But Griffith may ultimately be known for a case he inherited from a succession of circuit judges before him – the involuntary detention case of notorious murderer Richard Greist, whose fatal stabbing of his pregnant wife and unborn son in north Chester in 1978 County and subsequent acquittal for insanity made headlines around the world.

After years of hearing the annual requests for Greist’s continued placement at Norristown State Hospital, Griffith in August ordered Greist’s discharge with few restrictions, allowing him to go about the community, free of the restrictions he had faced for four decades Life. He found that Greist, whom he had allowed more latitude in off-site privileges over the years, no longer suffered from a mental illness that would make him a danger to the community.

Griffith’s monumental and somewhat bold order — defying the demands of the Chester County District Attorney’s Office and defying public opinion against Greist’s release — was a simply worded, one-page, four-paragraph document. This was confirmed by a fellow judge this month.

“Rusty was a very experienced civil litigator before he came to court, and he was very knowledgeable,” said former district attorney and retired judge Anthony Sarcione, who developed a close professional friendship with Griffith during their time at the courthouse together, despite their differences in legal matters Background.

“He was an objective, solid judge,” Sarcione said on Wednesday. “He could make a decision without hesitation and mostly made the right one.” Sarcione said the two would frequently have lunch together, sometimes in the unpretentious county justice center cafeteria, rub elbows with tipsters and court clerks, and chat about pro sports, college games and the law.

“I used to turn his head on him,” the younger Sarcione, who joined the district bench two years ahead of Griffith. “He liked to talk about the law.” Griffith expressed his admiration for lawyers who were well prepared when they came before him and his fascination with the cases he heard. “I enjoyed just listening to him talk about the cases in his courtroom.”

And what a courtroom it was. Unlike the other, more modern courtrooms in the Justice Center, Griffith’s Courtroom 11 on the 6th floor had an air of uniqueness.

It was modeled in some ways on the “old” Courtroom Three in the historic 1893 courthouse annex on West Market Street, with a handcrafted wooden bench and handcarved wooden nameplates for judges who had served the county since the 17th century.

The bank had been saved from abandonment by a district attorney during a remodeling in the 1960s, and for years stood in a restaurant and bar across from the courtroom. It was saved again in the 1980s and served as the judge’s seat for Justices Thomas Gavin and James P. MacElree II before being moved to the new courthouse when it opened in 2007. Griffith used it from day one.

Griffith was the son of the late Edward M. Griffith and Jane Randall Griffith Jones. He attended Wyoming Seminary Day School in Kingston, Hill School in Pottstown, Lehigh University and the Dickinson School of Law, graduating in 1973.

He began his legal career as an associate with the Philadelphia law firm of Duane, Morris & Heckscher and joined their Paoli office in 1978, eventually becoming a partner in 1981.

In addition to his parents, he was preceded in death by his son Trevor S. Griffith.

Burial is at the discretion of the family.