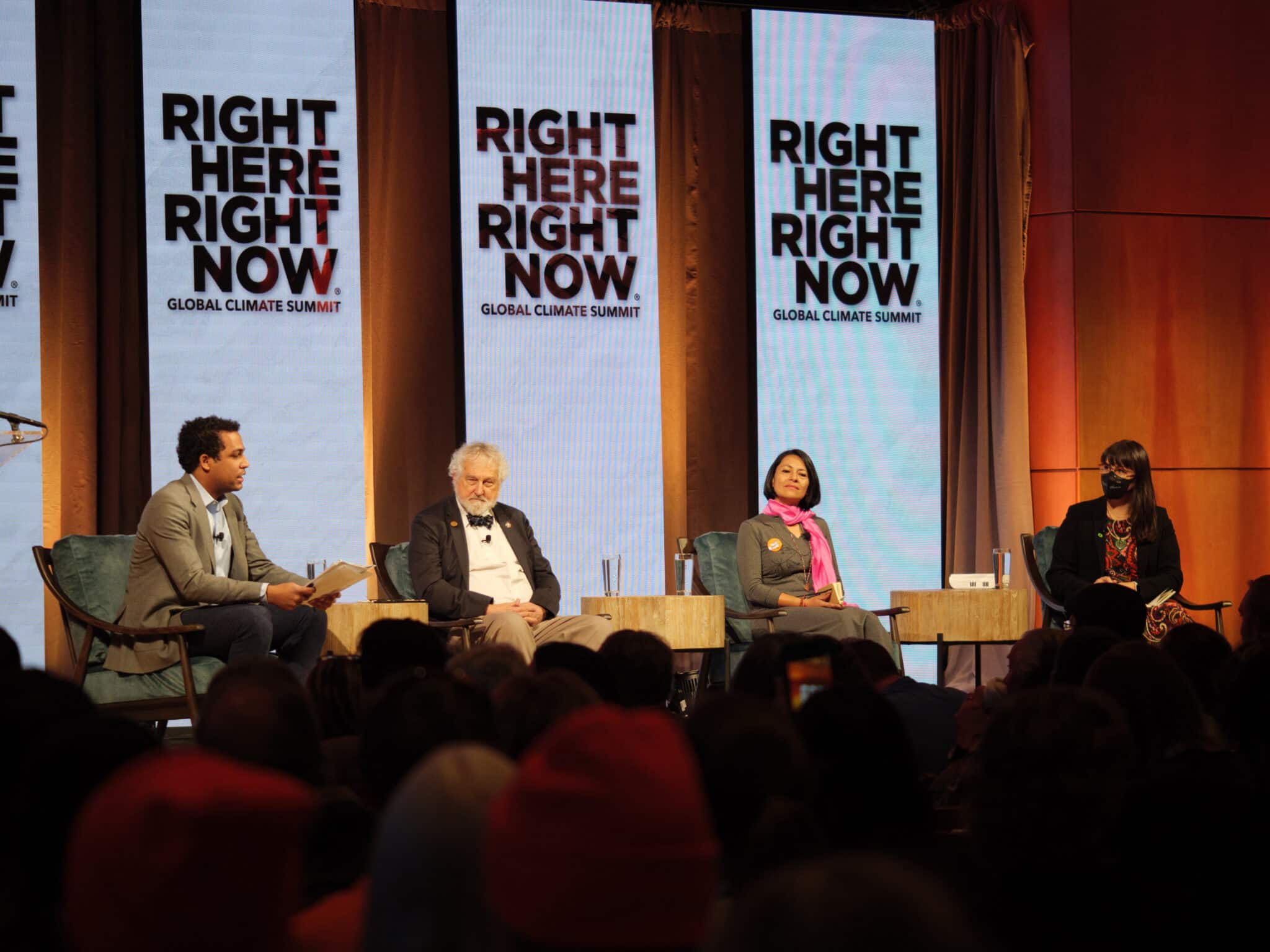 BOULDER – Climate change is not just a phenomenon disrupting our physical world; It is a problem with far-reaching human implications, often affecting those most least responsible for its causes.

Governments, powerful institutions, and corporations around the world are reluctant to make the connection between human rights and climate change, said Center for International Environmental Law President Emeritus Dan Magraw, which is why he and other advocates are gathering this week at the University of Colorado for the “Right Here, Right Now United Nations Global Climate Summit.

“If we are not visible, our needs will not be put on the table,” said Edna Kaptoyo, social development specialist and indigenous rights advocate at the Pawanka Fund in Kenya.

Visibility is particularly elusive for the poor, women, people with disabilities and members of other marginalized groups around the world, panellists said Thursday during a discussion titled Understanding climate change as a human rights issue.

Take women in Africa, for example, Kaptoyo said. “Women play an important role in providing food to the community … and as climate change impacts food production, it places a greater burden on women.”

Compared to citizens of long-industrialised nations, “those who have contributed the least continue to suffer the consequences,” she said.

Astrid Puentes Riaño, a Colombian lawyer and board member of International Rivers, pointed to the Central American nation of Honduras as an example of the intersectionality of

climate and human rights. Climate change brings with it fires and crop losses, leading to a dependency on the illicit drug economy that funds corrupt and authoritarian systems of government that cause residents to flee, leading migrant caravans to head towards the United States.

“It’s not the same if you’re a wealthy person in Boulder who’s impacted by the climate than if you’re a 14-year-old girl migrating from Honduras,” Puentes Riaño said.

For people like this hypothetical Honduran girl, climate change isn’t some vague threat brewing around the corner.

“The reality is that for many communities…climate change is already here,” said Kera Sherwood-O’Regan, co-founder of New Zealand’s Activate Agency LTD.

“Climate change is caused by the very same systems that create injustice,” such as poverty and exploitation,” she said. “Capitalism supports and produces climate change.”

Part of the purpose of the UN Boulder event is to better understand how these systems work and enforce hierarchies that exacerbate the adverse effects of climate change and strengthen the institutions needed to combat the intersection problem.