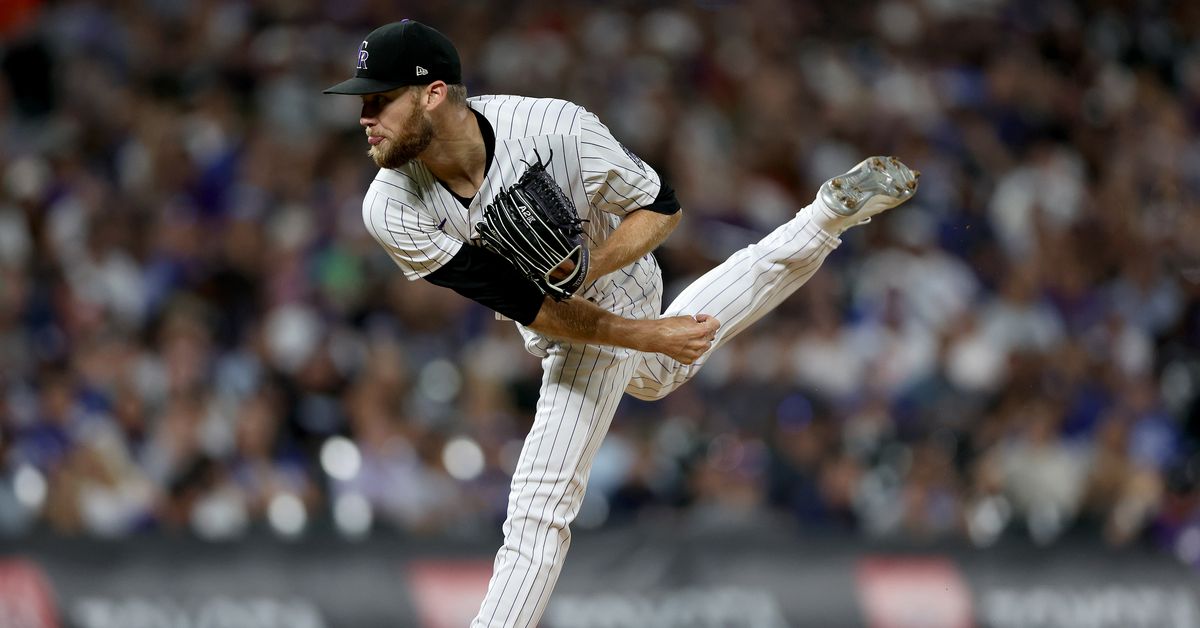 On the opening day of the 2022 season, Daniel Bard reported to the Colorado Rockies clubhouse with an electric guitar. He had decided to leave his acoustics at home.

“I can make a pretty good acoustic sound, yeah,” Bard said, pointing to an electric guitar case hanging with his baseball gear, “but I only brought an electric guitar this year because I’m going to force myself, so.” I’ll get better.”

For Daniel Bard, 2022 was about much more than just honing his electric guitar skills.

After all, he had a tough 2021 behind him. As a reminder, in 2020, Bard made 100% of his saves, finishing the season with a 3.65 ERA and winning the National League’s Comeback Player of the Year award. In 2021, on the other hand, he converted just 71.4% of his savings and earned an ERA of 5.21. In late summer he lost his closer sport to Carlos Estévez and finished the season with a -0.2 rWAR. Questions remained as to whether Bards was an outlier in 2020.

He knew something had to change.

In addition, the Rockies would have to make a decision about the 37-year-old’s contract.

TLDR: He was good.

Bard could feel the change early on. “I could get a sense of the racquets participating in spring practice. They didn’t swing that well on my fastball,” he said. “So I knew things were going in the right direction and I just keep refining and attacking.”

I could try to describe the changes Bard made to his slider, but instead just read Mario DeGenz’s analysis, which is excellent and describes the “bridge pitch” Bard invented (and which Baseball Savant doesn’t seem to recognize can).

And because it’s impossible to see too much of Daniel Bard’s slider, here it is in action:

After it became clear that 2020 Bard was back, the Rockies began working on a contract extension. At a time when Bard was widely regarded as one of the Rockies’ best trading chips, the team announced two days before the close that their closer had signed a two-year, $19 million deal.

It made sense to Bard. “The Rockies gave me a chance 2 1⁄2 years ago and probably looked crazy when they signed me,” Bard said of the contract. “But they believed in me and helped me figure out how to serve again. I had my skills back, but I still had to learn how to get the top league hitters back out. The Rockies were instrumental in that.”

Bard finished the season with an impressive 34 saves. (Wade Davis still holds the franchise record at 43.)

But he knows he has more work to do this offseason.

“You know, there’s always a plan,” he said. “There’s always something I can get better at – so I’m just refining and trying to be more consistent with the things I’ve done well this year.”

But let’s get back to the music for a minute.

Bard kicked off the season with a warmup to Ryan Bingham’s “Nothin’ Holds Me Down.” As he explained back in April, “I’m a huge Ryan Bingham fan and it’s one of his lighter songs.” (Interesting trivia: He can play Bingham’s “Southside of Heaven” on the harmonica.)

And then, during the ninth inning of a fairly unremarkable game between the Rockies and the Nationals, Coors Field came alive and everything changed.

Daniel Bard had a light show and “Stranglehold”, his warm-up music from his time in Boston. The Rockies defeated the Nationals 5-2. He was absolutely back.

But has his electric guitar playing improved?

“It was good. I played a lot of electro for the first four months of the season,” Bard said. “And then when I got the two-year extension, I thought I need to buy myself a little gift. And I missed my acoustics, so i bought them [he gestured at a nondescript acoustic guitar case a few feet away], and it’s a Taylor 710, a 1995. So kinda cool. It’s an older guitar and it hardly has a scratch. I think someone bought it and kept it in their closet for 20 years. That sounds really good.”

The Rockies might not have had a very good 2022, but Daniel Bard did.

I wanted to include a link to this great interview that didn’t really fit in this article. There is a lot here.