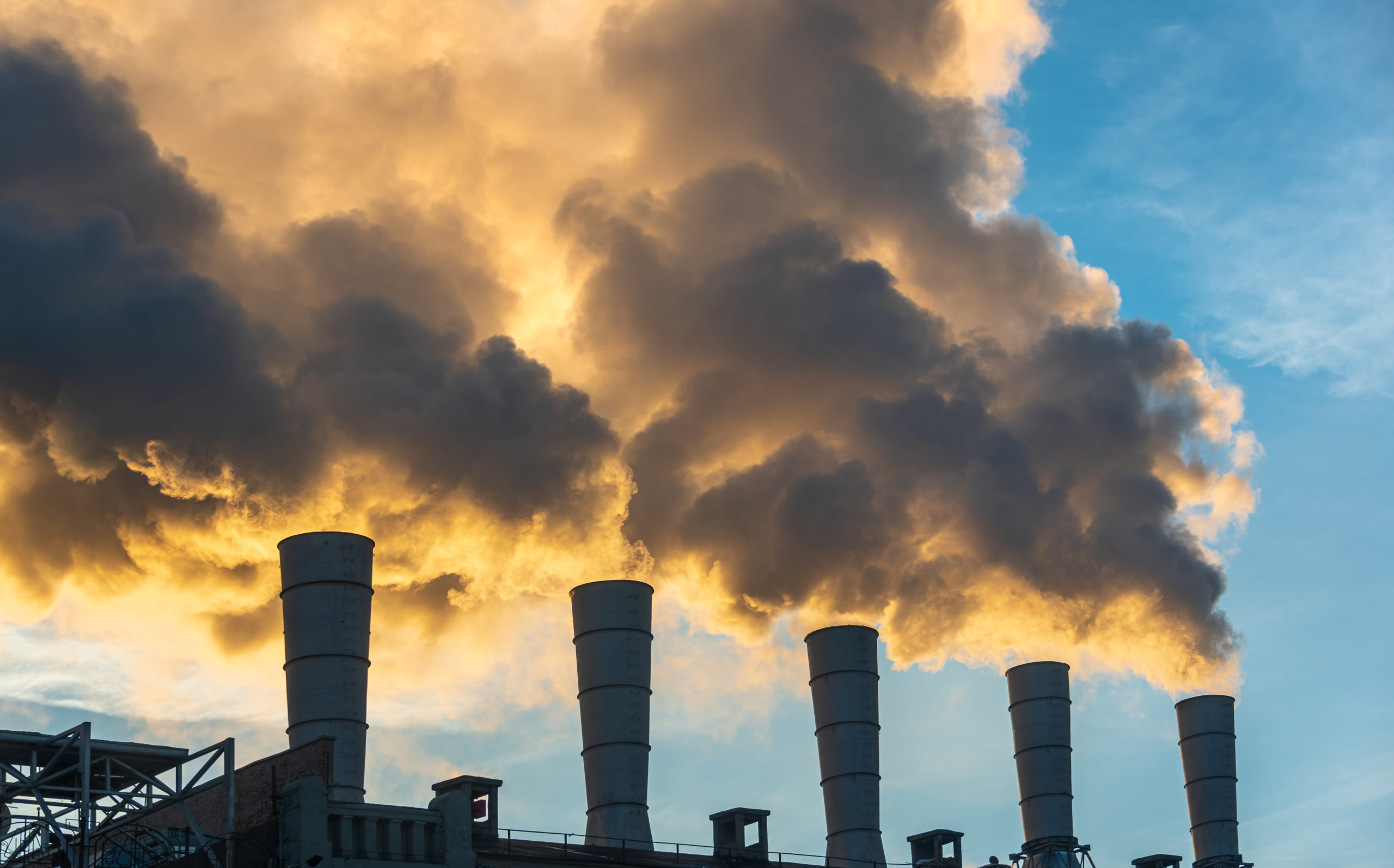 In a three-day marathon public hearing, nearly 300 people across the country commented on the agency’s sub-proposal to reduce methane in oil and natural gas operations. Many were calling from Texas, New Mexico, Pennsylvania and other oil and gas producing states that are driving US methane emissions.

The public comment period closes on February 13, and the EPA will issue the final rule later this year. The rule is a cornerstone of President Joe Biden’s EPA strategy to reduce greenhouse gas emissions. The rule will have the greatest impact in oil and gas-producing states like Texas, which don’t have comprehensive methane regulations. Texas authorities charged with regulating the oil and gas industry have questioned several provisions of the proposed rule.

Oil and natural gas operations are the largest source of industrial methane in the United States. According to the Environmental Defense Fund’s Permian MAP Project, the Permian Basin — which stretches between western Texas and southeastern New Mexico — is the nation’s highest methane-emitting oil and gas basin. Methane is a main component of natural gas.

“I’ve seen firsthand how these small, low-producing sources contribute to methane and greenhouse gas pollution,” said Sheila Serna, director of climate science and policy at the Rio Grande International Study Center in Laredo. “And like the TCEQ [the Texas Commission on Environmental Quality]whose mission is to protect human health and the environment has let us down.”

Serna was previously a TCEQ air emissions investigator in Webb County, which contains part of the Eagle Ford Shale formation.

“We need strong rules like this to get off the EPA,” she said in an interview. “Because states that resist regulation of this sector must adhere to it.”

Texas will be a proving ground for EPA methane regulations

Methane is the second most common man-made greenhouse gas after carbon dioxide. Because methane traps heat in the atmosphere more than CO2, reducing methane emissions is one of the most effective short-term measures to slow the pace of climate change.

EPA released the methane rule in November 2021 and the supplemental rule in November 2022 to strengthen and expand on the original proposal. The additional rule would reduce methane emissions by 87% below 2005 levels by 2030. It would also reduce volatile organic compounds (VOCs) and toxic air emissions, including benzene, from oil and methane gas operations.

The supplemental proposal includes provisions to ensure all wells are monitored for leaks to prevent leaks from abandoned wells and create a “super emitter” program to quickly identify and report large methane leaks. Huge amounts of methane escape from wells and pipelines.

The rule’s success will depend on implementation in the country’s largest oil and gas fields. The Permian Basin alone accounts for 40% of US oil supply and 15% of gas supply.

“Politically in Texas, we couldn’t get the top two state agencies to take methane seriously,” said Cyrus Reed, conservation director of the Lone Star Sierra Club. “TCEQ doesn’t have specific state regulations on methane pollution, so we really need the federal government to step in because our state agencies won’t act.”

The proposed rule would address venting and flaring, which are still routine in Texas oil and gas fields. Flaring involves burning methane at the wellhead, either to reduce pressure as a safety precaution or, more commonly, to dispose of unwanted natural gas that comes to the surface as a by-product of oil production.

Methane can also simply be “dumped” at the wellhead – released straight into the atmosphere.

Flaring methane is preferable to simply venting because burning the gas converts it to carbon dioxide, which warms less. But both flaring and venting pose serious health threats to local residents beyond their impact on climate change. Flaring releases a variety of dangerous air pollutants, including VOCs, and contributes to ground-level ozone, a pollutant that causes respiratory diseases and heart disease.

The Railroad Commission’s communications director, RJ DeSilva, said the agency has taken “extensive steps to reduce flaring in recent years,” saying the flaring rate has fallen more than 70% since June 2019.

While the number of flare permits has declined since 2019, organizations like Earthworks have documented that many flares in the Permian Basin are unpermitted.

Last year, students at Arizona State University’s Roy Howard Center for Investigative Journalism analyzed data from satellites equipped with Visible Infrared Imaging Radiometer Suite instruments that could detect methane leaks and compared those results to 2012-2020 flaring totals and venting, which were reported to regulators after Fossil fuel companies. In Texas, methane emissions detected by the satellites were nearly double the amounts reported by flare and vent gas companies.

The TCEQ regulates air emissions from drilling sites. TCEQ spokeswoman Victoria Cann said controlling methane is an added benefit of existing government regulations for VOCs, which cause cancer and damage people’s nervous, respiratory and immune systems. VOCs also contribute to the formation of smog-producing ozone and particulate matter, which can lead to heart, lung, and respiratory problems and early death.

Cann said compliance is assessed during routine investigations and in response to complaints.

On the other side of the Permian Basin, New Mexico’s economy also depends on the oil and gas sector. But the Democrat-controlled Legislature has passed new emissions regulations. Many New Mexico residents have submitted comments to the EPA, urging a strong stance on methane emissions.

“New Mexico supports efforts by the US EPA to create a national rule that would level the playing field between states,” said New Mexico Department of Environmental Protection spokesman Matthew Maez.

In 2021, New Mexico banned venting and flaring on new and existing wells. In 2022, the state passed the NMED Oil and Gas Air Emissions Rule, which also targets methane emissions. However, Maez pointed out that the agency’s enforcement capacity is limited because the New Mexico legislature has not funded additional air quality inspectors.

Texas regulators have not been receptive to EPA regulation of methane.

TCEQ filed public comments on the initially proposed rule in January 2022, challenging EPA’s authority to implement the rule. TCEQ comments generally declined to include idle wells and many small oil and gas operators. The agency said the rule’s economic impact was underestimated and the social benefits overestimated.

Many of those who have spoken publicly about the EPA had extensive experience working on air quality and oil and gas issues. One was independent consultant James Tim Doty, who worked on TCEQ’s mobile air surveillance unit for 17 years.

“The pollution in the state of Texas, the Permian Basin, is unlike anything I’ve seen,” he said.

“We have no idea how many methane emissions are out there,” he said, urging the EPA to adopt the rule. “The process is flawed.”

The Sierra Club’s Reed said the supplemental rule improved on the original rule that the EPA proposed in 2021. He was happy to see that the rule covers both new and existing oil and gas wells. Reed said it’s important for the EPA to pass regulations that cover smaller operators and low-producing oil wells.

“Actually, as we try to reduce and eliminate methane pollution, some of these low-producing sources are the biggest problem,” he said. “Not subjecting them to those rules would be a step backwards.”

Serna of the Rio Grande International Study Center said the methane debate is far from over and oil and gas operators are likely to challenge the terms of the EPA rule. But she was heartened by the strong support for the rule during the public hearings.

“I made my comment on day one,” she said. “It was great to see communities come together across the United States.”

Disclosure: The Environmental Defense Fund was a financial supporter of The Texas Tribune, a nonprofit, nonpartisan news organization funded in part by donations from members, foundations, and corporate sponsors. Financial backers play no part in the Tribune’s journalism. A complete list can be found here.

This article originally appeared in The Texas Tribune at https://www.texastribune.org/2023/01/25/texas-epa-methan-rule-public-comment-tceq/.

The Texas Tribune is a member-supported, nonpartisan newsroom that educates and engages Texans in state politics and politics. Learn more at texastribune.org.