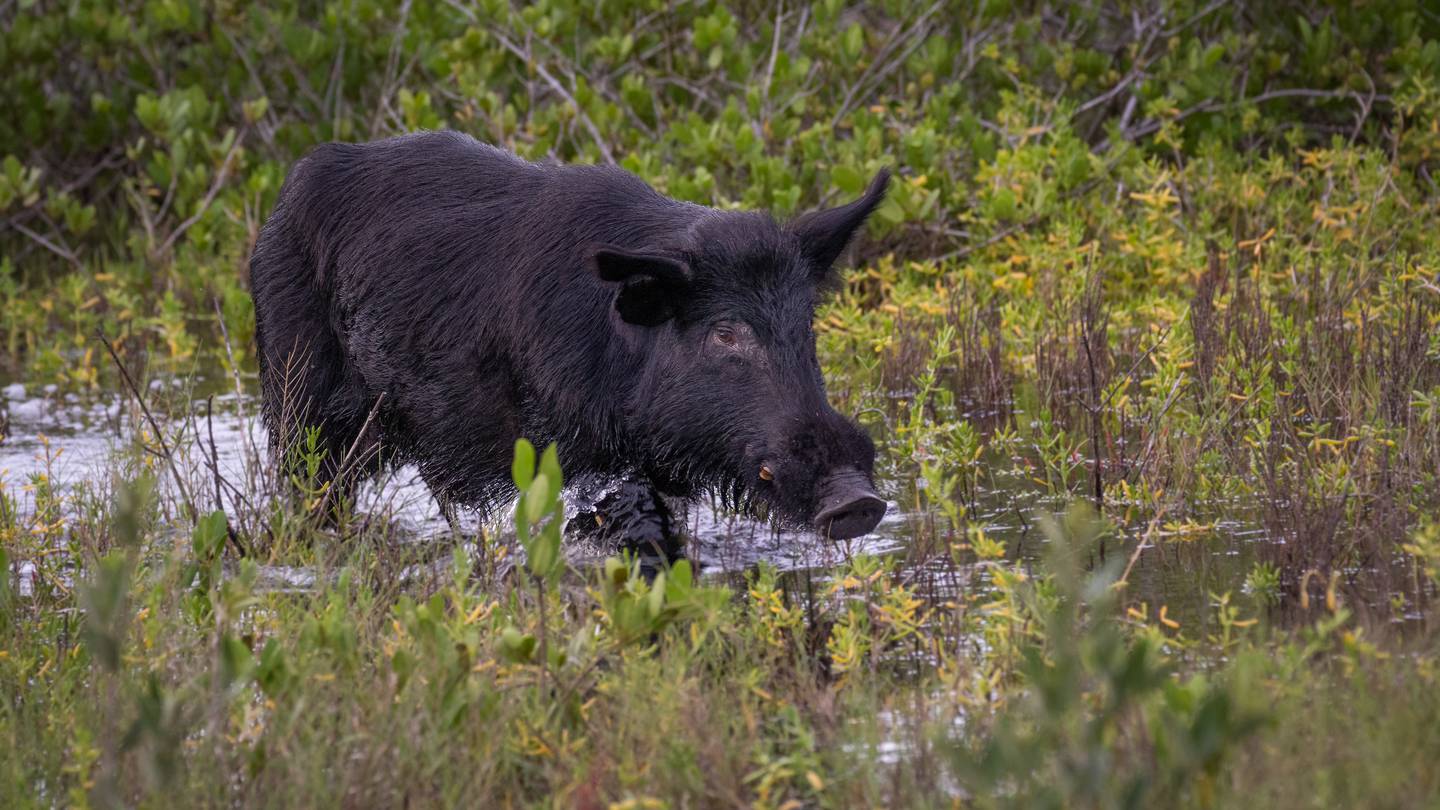 Eight years after the start of a US program to combat feral damage, the invasive animals are still a billion-dollar plague on farmers, wildlife and the environment.

The US Department of Agriculture’s National Feral Swine Damage Management Program has received $31.5 million since it began in 2014.

But despite the federal money, an estimated 6 to 9 million feral pigs still ravage landscapes across the country. They tear up and trample crops, eat deer and turkeys, can carry parasites, and pollute streams and rivers.

Total damage in the US is estimated at at least $2.5 billion per year.

The worst affected states – California, Oklahoma, Texas and Florida. They are still at the highest level in the program with more than 750,000 pigs. Arkansas, Louisiana, Mississippi, Alabama, Georgia, North Carolina and South Carolina put their populations at 100,000 to 750,000.

The National Feral Swine Damage Management Program isn’t the first program trying to address the problem. In 2018, Congress passed the so-called Farm Bill. Under this bill, thousands of dollars were distributed to farmers to help them recover from damage.

Research also continues to poison wild boar without killing other animals, said Michael Marlow, deputy manager of the USDA program. Trials this winter and spring will test whether using a less crumbly formulation can keep birds away from dropped baits, Marlow adds.

But right now, two main methods of control are aerial photography and remote-controlled traps that send cellular images when there’s a pig plumb inside.

Some states, like Oklahoma, have legalized night hunting of wild boar. Derek Chisum, who grows peanuts, cotton and wheat in Hydro, Oklahoma, estimates he has killed 120 to 150 every year since hunting was legalized three years ago.

Kim Pepin, a research biologist at the USDA’s National Wildlife Research Center, says hogs are so prolific that 70% of the hogs in a given area have to be killed each year to keep numbers stable.

In Texas, USDA’s Animal and Plant Health Inspection Service or APHIS. targets areas with the worst damage, teaches landowners how to continue the work after the Farm Bill projects end in 2023, and provides resources like loaner traps, each worth $7,000 or more, to help.

“Even with this approach, we won’t have the resources to eradicate hogs in Texas in my lifetime,” says Mike Bodenchuk, APHIS country director.

Researchers are still trying to get good numbers for populations and damage. The current estimate of at least $2.5 billion in annual national damage is $1 billion more than the 2014 estimate, and the number of hogs is now estimated at 6 to 9 million instead of 5 million.

The agency has conducted surveys to improve damage estimates, but they are still limited. Economists say when a small group of farmers and ranchers were asked to consider the cost of damage, estimates nearly tripled.