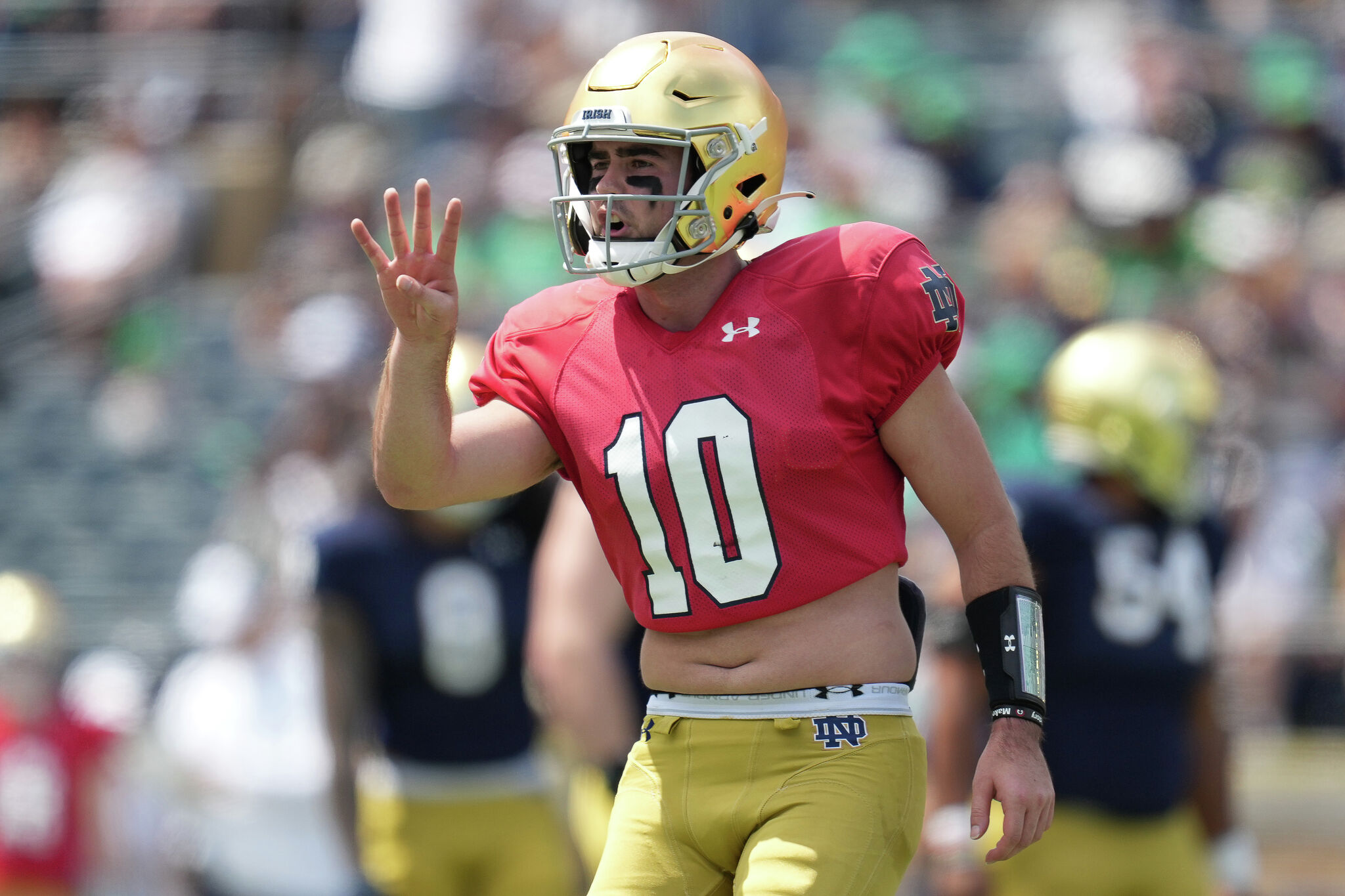 This is a carousel. Use the Next and Previous buttons to navigate

Pyne spent three years at Notre Dame but has three years left to play. His transfer intention was first reported by ESPN and soon confirmed by Pyne.

“One of my proudest honors is to have been a student-athlete at the University of Notre Dame. I’ve been blessed to be under great coaches and teachers and play with teammates who I consider brothers. Our bonds will be for life. Now it’s time for me to take on a new challenge and I will enter the transfer portal. As I look forward to what lies ahead, I want to thank the entire Notre Dame community for their support. I’m forever grateful for the experience and the memories,” Pyne continued Twitter.

As a senior, he was 161 of 252 for 2,107 yards and 24 touchdowns with just seven interceptions. Pyne also received offers from Alabama, Michigan, Oklahoma and Auburn.

Pyne has started in 10 games for the Fighting Irish this season and led the team to an 8-2 record. He threw for 22 touchdowns, six interceptions and rushed for 108 yards and two touchdowns. Pyne also completed 64.6 percent of his passes.