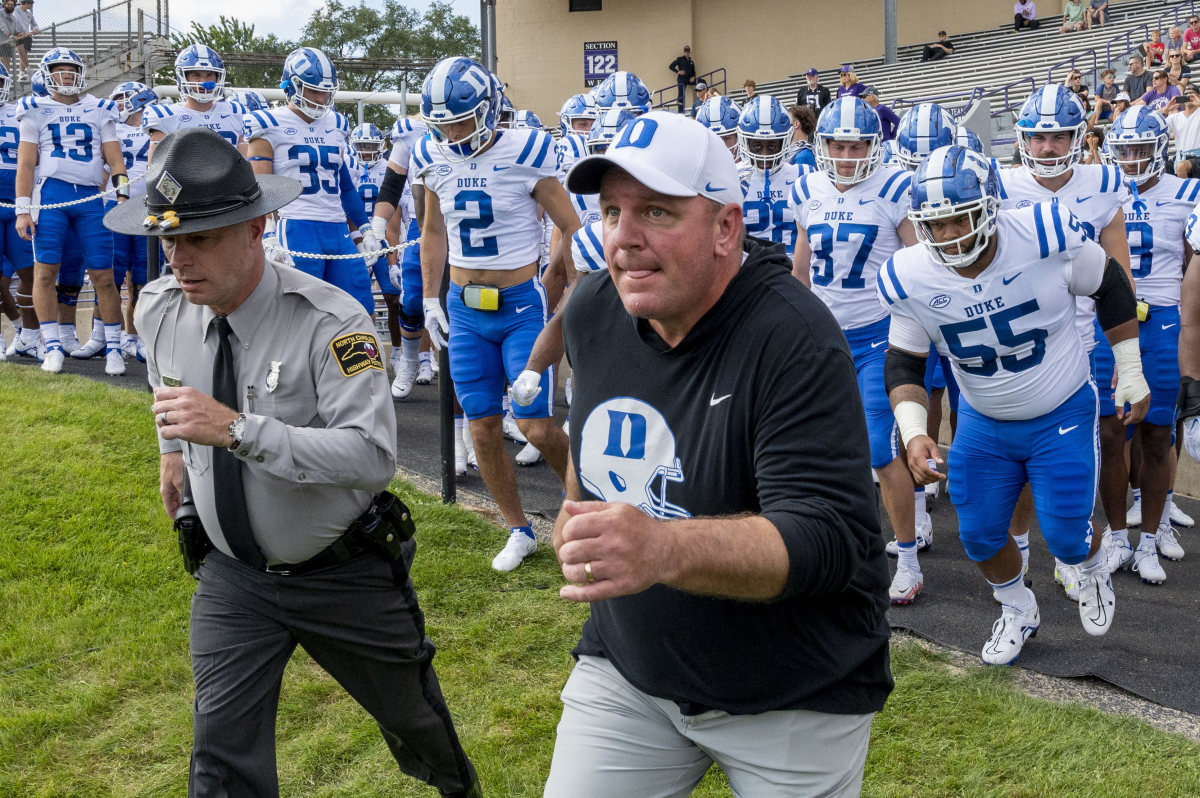 Former Texas A&M defense coordinator Mike Elko was destined to be head coach. How well would he transfer at Duke in Year 1?

Give the coach of the year a good try.

After a 3-9 (0-8 in the ACC) in 2021 in the final year of the David Cutcliffe era, Duke should finish bottom in the ACC Coastal Division preseason poll. Instead, Elko and the Blue Devils finished second in the division, falling a game behind their North Carolina State rivals to earn a spot in Saturday’s conference title game at Bank of America Stadium in Charlotte against No. 9 Clemson.

Elko is the first Duke coach to be named the conference’s Coach of the Year since Cutcliffe won it back-to-back in 2012 and 2013. Against the first-year head coaches, Elko went 4-0.

Elko is now the fifth Blue Devils coach to win the ACC Coach of the Year award, alongside Cutcliffe, Bill Murray, Steve Spurrier and Fred Goldsmith. Wallace Wade, who left Alabama for Duke after his 1930 national championship season, also won 1949 Coach of the Year while the Blue Devils were members of the Southeastern Conference.

Elko was hired by Texas A&M from Notre Dame in 2018. During his four seasons, the Aggies produced one of the best defensive front sevens in the nation. In 2021, Texas A&M finished third nationally in goal defense, allowing 15.9 points per game. The year before, the Aggies ranked second nationally in running defense, grounding opponents for 92 yards per game.

The Blue Devils will be awaiting their bowl assignment during Sunday’s selection show. Texas A&M (5-7, 2-6 SEC) will not go to a bowl game for the first time since 2008 due to ineligibility.

Want the latest news and inside information on the Aggies? Click here to subscribe to the All Aggies newsletter