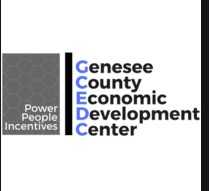 The Board of Directors of the Genesee County Economic Development Center (GCEDC) presented final resolutions on solar projects that would generate a capital investment of $576.5 million at its board meeting on Thursday, December 1, 2022. The board also accepted an application for a $6.5 million solar community project at the City Pavilion.

Including the five projects under consideration Thursday, the GCEDC has advanced more than 850 megawatts of solar power generation from 21 projects with a total investment of $999 million. Led by the PILOT and host community agreements proposed by Hecate Energy Cider Solar LLC, these projects are estimated to generate $126.4 million in future revenue for Genesee County communities and schools.

Hecate Energy Cider Solar LLC will build a 500-megawatt utility-scale solar plant that would create approximately 500 full-time construction jobs with the capacity to provide 920,000 hours of renewable electricity annually and power up to 120,000 homes.

The GCEDC Board of Directors accepted final decisions on three community solar projects totaling 10.5 megawatts of power, which include approximately $2 million in payments to the various host communities.

Finally, the Board approved an initial resolution from NY CDG Genesee 4 LLC for a 4,275 MW solar farm in the City of Pavilion on Shepard Road. The $6.5 million project would generate approximately $500,000 in PILOT, host community and property tax payments to Genesee County, the City of Pavilion and Pavilion Central Schools. A public hearing on the project agreement will be held in the city of Pavilion.