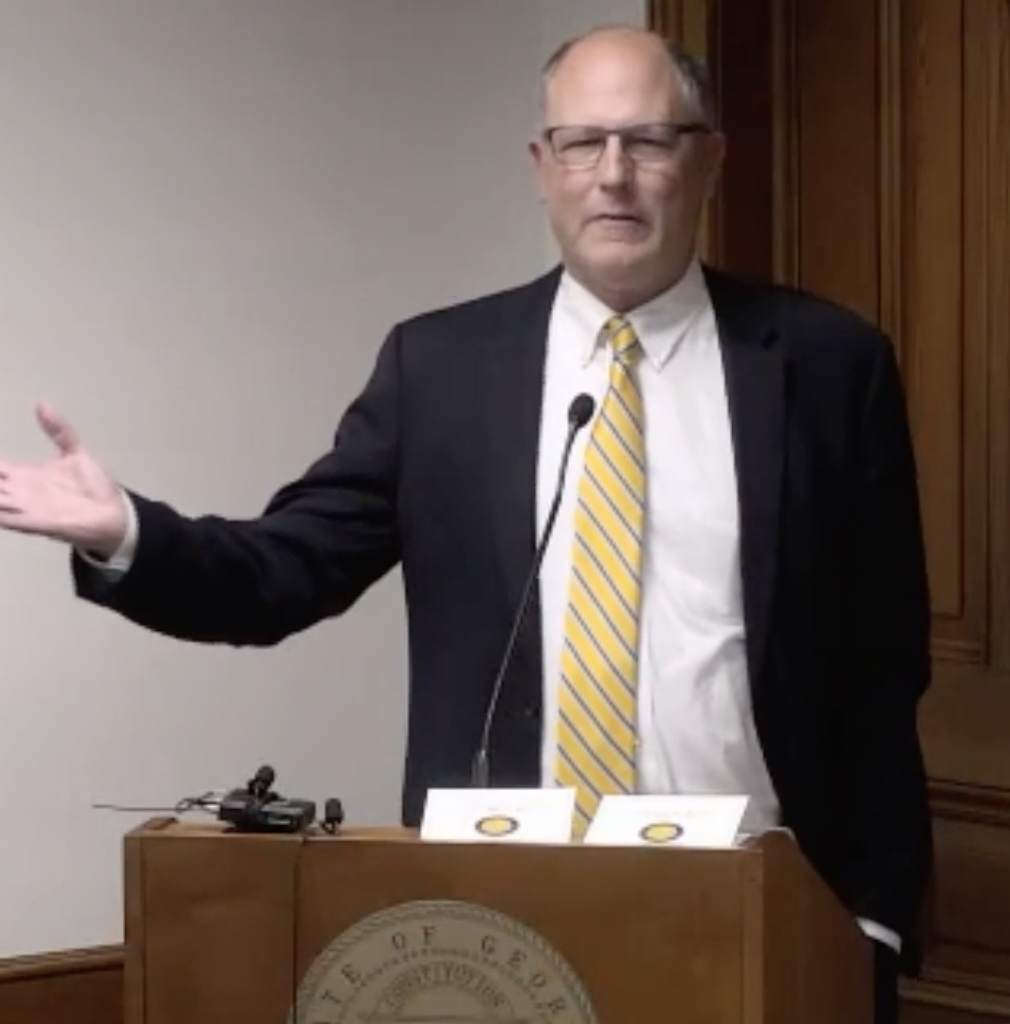 So far this fiscal year, more than 400 children have stayed in hotels or state offices because suitable places could not be found for them, Audrey Brannen, complex care coordinator at the Georgia Division of Family and Children Services (DFCS), told lawmakers Wednesday.

The reasons for the hotel problem are complex, but a key factor is lack of access to adequate health care, Brannen said during the joint hearing convened by the Senate’s newly created Committee on Children and Families and the Senate Committee on Health and Human Services .

“We are here to protect children from their caregivers who may be abusing them,” she said. “We cannot do this when so many of our resources, both human and financial, are trying to plug the holes in our healthcare system. It’s like putting your index finger to stop the leak on the Titanic.”

Care coordination services for foster children are often lacking, said pediatrician Dr. Michelle Zeanah of Statesboro to the legislature. She said she has difficulty obtaining information about a child’s needs and treatment history from Amerigroup, the state’s insurance plan for children in foster care.

Another problem is that many children who end up in hotels have autism, but there are not enough doctors in Georgia to diagnose and treat autism, and reimbursement rates for autism assessment are too low. This leads to long waits for diagnoses and treatment, Zeanah said.

“If we reimbursed providers who care for children in foster care at a higher rate, providers would be highly motivated to care for those children,” she said.

Mike Dudgeon, a foster parent and former policy director in the Lieutenant Governor’s Office, echoed that call. He suggested reverting health care for foster children to the older “fees-for-service” model, in which the state pays directly for medical services, or adding foster children to the state’s health insurance plan, which covers teachers and other state employees.

Dudgeon noted that he and his wife sometimes paid for out-of-pocket health care for the children they sponsored because they could not find a provider who would accept the Amerigroup plan.

He said he had trouble getting data on the insurer’s finances and performance when he worked in state government.

“We’ve been blocked for months and months … and that with the weight of the lieutenant governor’s office and the weight of the Senate budget office behind it,” Dudgeon said. “All I can tell you, there is a lot of smoke about this money not being spent appropriately. … We need vehement transparency.”

Problems with access to health care for foster children have prompted DFCS to set up a dedicated legal team to deal with denial of insurance filings.

“My office will review all denials of medical treatment each day, and we will appeal if we determine that such treatment is medically necessary for the child or young person,” said Brian Pettersson, the attorney leading the new team.

“Not only does the current system harm the health care needs of foster children, but the current system does not benefit the citizens of the state of Georgia. … It’s increasing [the Georgia Department of Human Services’] Total spending used to expand and fill the coverage gaps that taxpayers have already paid for.”

Representatives from Amerigroup, the insurance plan under fire, also testified.

“We’ve been doing this since 2014,” said Amerigroup President Mel Lindsey. “I have never made a decision about how to treat anyone, especially a foster child who has had to deal with expenses. And I never will.”

Lindsey and other Amerigroup officials said they wanted to improve the care they provide, but there are some factors they cannot control, such as Georgia’s lack of treatment facilities.

“We know there are opportunities to improve the care system, and we certainly know what we’re doing,” Lindsay said. “We are fully committed to working to … improve the way we serve.”

“One thing we accomplished today is raising awareness and making sure everyone understands that this is a front burner issue,” added Sen. Kay Kirkpatrick, R-Marietta, who chairs the Children’s and family committee leads. “These kids didn’t ask and they should go to the front of the line however we can get them there.”

This story is available through a news partnership with the Capitol Beat News Service, a Georgia Press Educational Foundation project.