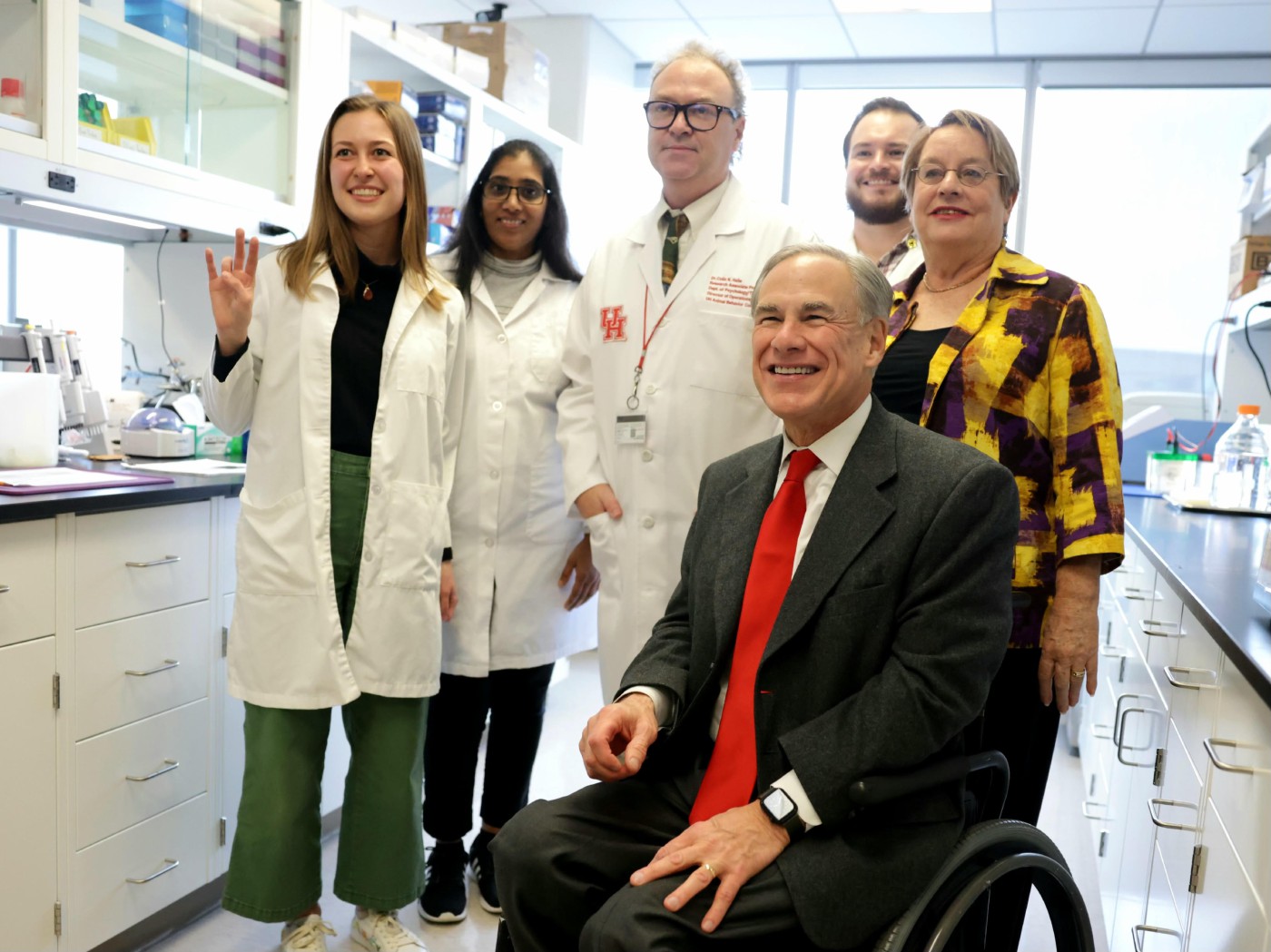 Governor Greg Abbott today celebrated the tremendous achievement of University of Houston (UH) researchers who have developed a breakthrough fentanyl vaccine that has the potential to save millions of innocent lives from fentanyl poisoning and addiction. After a tour of the UH fentanyl vaccine lab and a briefing from lab technicians, Governor Abbott announced this milestone at a press conference with UH President Renu Khator, Tilman Fertitta, Chair of the UH System Board of Regents, and Dr. Colin Haile, associate professor at UH.

“Fentanyl remains the deadliest drug threat our state and nation has ever faced, and Texas continues to lead the fight against this silent killer,” Gov. Abbott said. “I am proud to be at the University of Houston today to celebrate the brilliant achievement of Dr. To celebrate Colin Haile and his research team in developing a fentanyl vaccine to empower communities and end the suffering of addiction that afflicts so many innocent Texans and Americans across the country. I look forward to working with the University of Houston and Dr. “

During the press conference, Gov. Abbott highlighted a number of actions the state of Texas has taken to address the growing national fentanyl crisis, including designating Mexican drug cartels as terrorist organizations and signing laws into law making it a crime to manufacture or distribute fentanyl , and launching the One Pill Kills campaign to raise awareness of this deadly drug across the state.

The governor also discussed plans to consider new legislation in this upcoming legislative session that would classify deaths from fentanyl as poisoning, allow a person to be charged with murder if they distribute fentanyl or fentanyl-laced drugs that kill someone, and would make NARCAN more readily available statewide to Texans exposed to fentanyl.