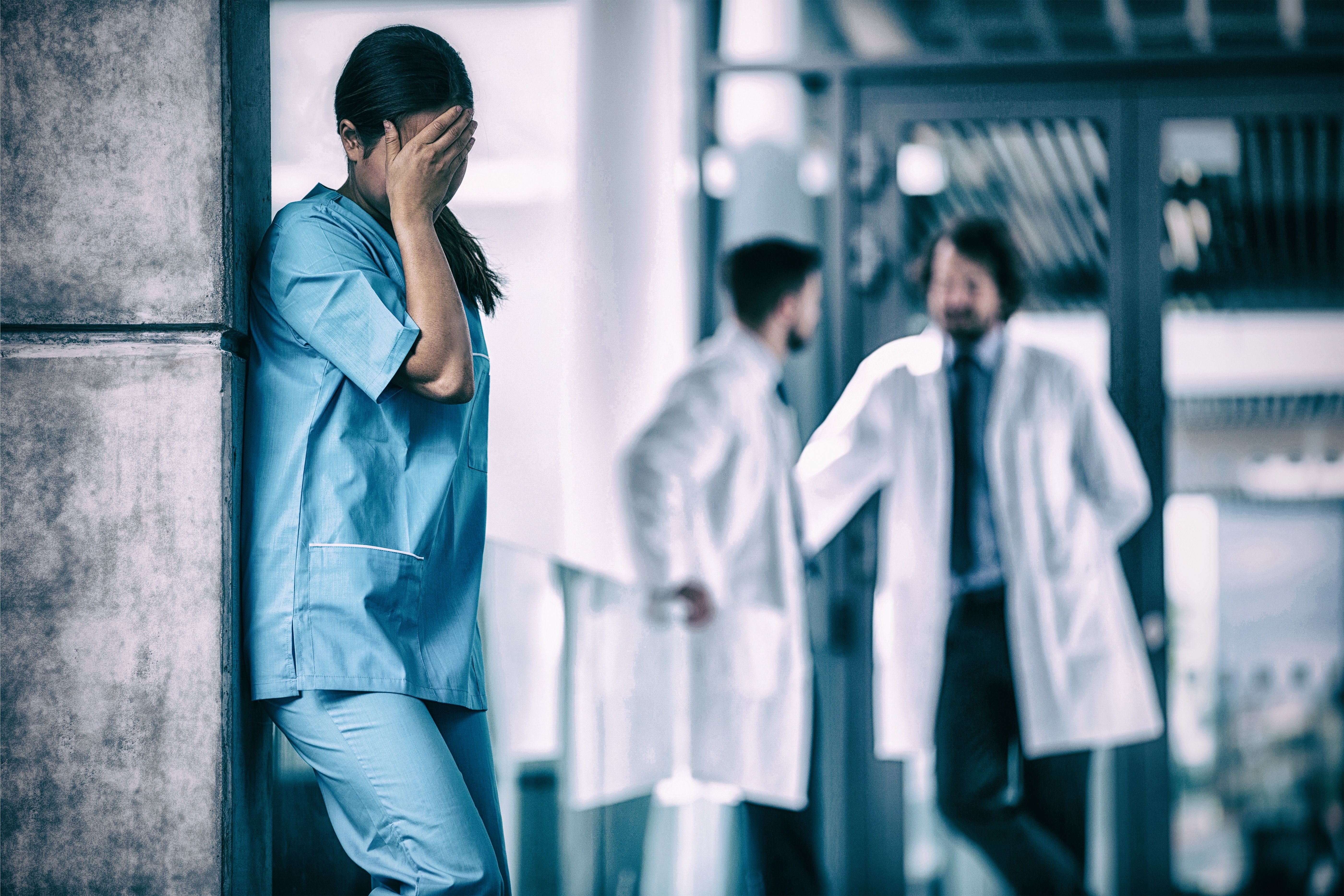 The Centers for Medicare and Medicaid advise health systems on their responsibilities to protect staff and patients, and the agency says it will take action against those who aren’t doing enough.

Doctors and nurses are facing more violence in hospitals, and President Biden’s administration is advising health systems they could be cited if they don’t take adequate steps to protect staff and patients.

The Centers for Medicare and Medicaid Services this week sent an advisory to hospitals and health systems emphasizing the importance of ensuring a safe environment.

“It is the leadership of these health care facilities to ensure they provide appropriate training, adequate staffing, and ongoing assessment of patients and residents for aggressive behavior and indicators to appropriately adjust their care regimens and environment,” the memo said.

CMS said it will take action against hospitals that are falling short. The memo was first reported by Fierce Healthcare.

“CMS has a history of subpoenaing hospitals for violations of these obligations,” the agency said in the memo.

To illustrate this point, the CMS notice cited instances where the agency took action, such as: B. A nurse who was sexually assaulted by a behavioral disorder in an under-staffed unit. Other patients intervened to stop the attack.

Hospitals must assess patients who are at risk of harming themselves or others, CMS said in the memo.

“While not all risks can be eliminated, hospitals are expected to demonstrate how they identify patients at risk of harming themselves or others and take steps to manage those risks in accordance with nationally recognized standards and guidelines minimize,” the memo reads.

Health systems must provide adequate training to identify patients at risk of harming themselves or others, as well as mitigation strategies, the memo said.

Hospitals are also advised to create different assessments and response plans for different units, bearing in mind that the plans would be different in a maternity ward than in the emergency room.

Healthcare workers and leaders have said there has been a sharp increase in violence in hospitals since the COVID-19 pandemic.

Most emergency physicians have observed an increase in violence, according to a September survey by the American College of Emergency Physicians. In this poll, 85% of respondents said violence has increased at least somewhat. At the same time, only 2% of respondents said hospitals prosecute attackers, and emergency room doctors say the lack of consequences plays a role in the rise in violence.

About half of hospital nurses (48%) reported an increase in workplace violence, according to a survey released earlier this year by National Nurses United.

Nurse leaders have said the violence, coupled with burnout, is driving some nurses to leave hospitals.

According to a survey by the American Association of Critical-Care Nurses, only 47% of the nurses surveyed said they believe their organization takes their health and safety seriously, up from 68% in a similar survey in 2018. In the same survey they were two in three nurses (67%) said they intend to leave their position within three years. Among those who said they were considering leaving, 36% of these nurses said they would be leaving within the next year.

Nurses and other healthcare workers called for more protections after a nurse and a social worker were fatally shot at Methodist Dallas Medical Center in October. They responded after a suspect hit his partner in the maternity ward, police said.

In June, four people were killed in a shooting inside a medical building on the Saint Francis Health System campus in Tulsa, Oklahoma. Authorities said the suspect was upset because of post-operative pain. Two doctors, a receptionist and a patient were killed.

US Reps. Madeleine Dean, a Pennsylvania Democrat, and Larry Bucshon, an Indiana Republican and physician, introduced the Health Care Workers’ Protection From Violence Act (SAVE) in June. The legislation would impose harsher penalties on those who attack and intimidate health care workers.