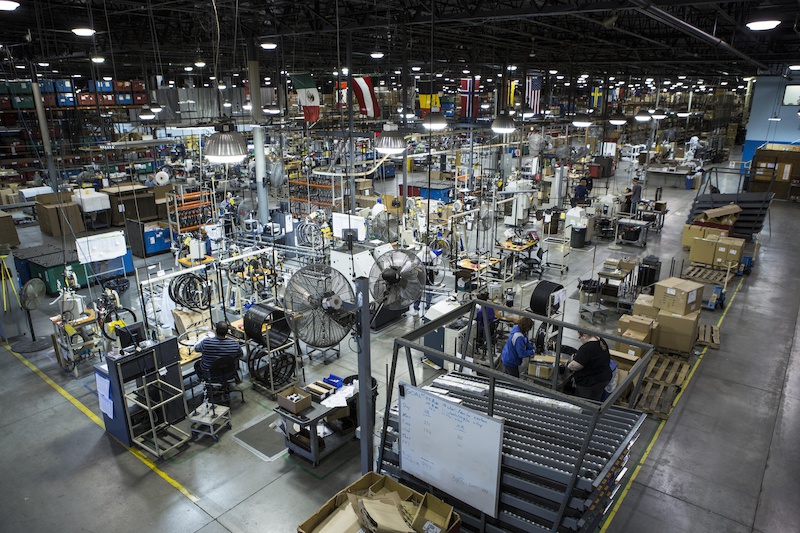 What’s going on in the bike industry this month? industry digest is a behind-the-scenes look, featuring articles from our sister site, Bicycle Retailer and Industry News. In each issue you may find patents, mergers, financial reports and industry gossip.

Classified Cycling has raised €22 million (US$22.9 million) from an investment led by London-based Active Partners. Active Partners is a previous investor in Rapha and retailer Evans Cycles.

The old investor Bridford Investments Limited also participated in the new round. 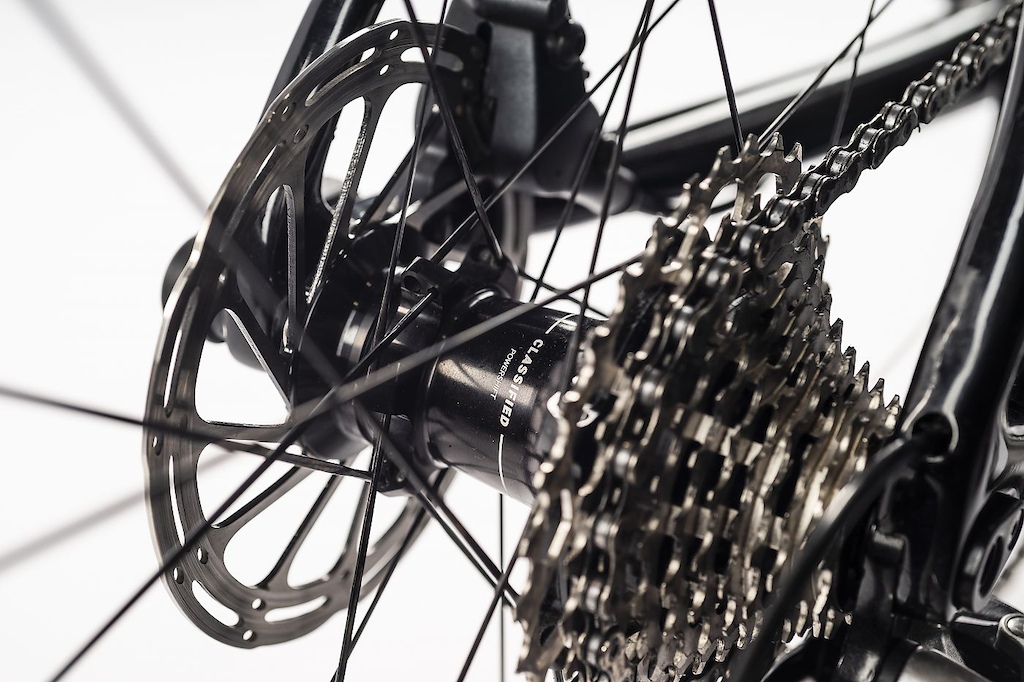 Nukeproof is coming (back) to US with retail/online program

Nukeproof mountain bikes, components and accessories are once again available directly to the US market through a dedicated US website and warehouse, as well as a growing list of brick-and-mortar retailers.

Launched in Michigan in the 1990s, the brand was later purchased by Wiggle, the British e-commerce retailer. After Wiggle and ChainReactionCycles were bought by Signa Sports United, the company announced plans to return to the US market with a hybrid distribution plan.

The brand now has a warehouse in Utah, and its online store locator shows about a dozen US stores.

“We are very pleased to be able to serve US customers locally,” said Inga Kaufmann, Nukeproof’s director of marketing operations and US brand manager, in a press release. 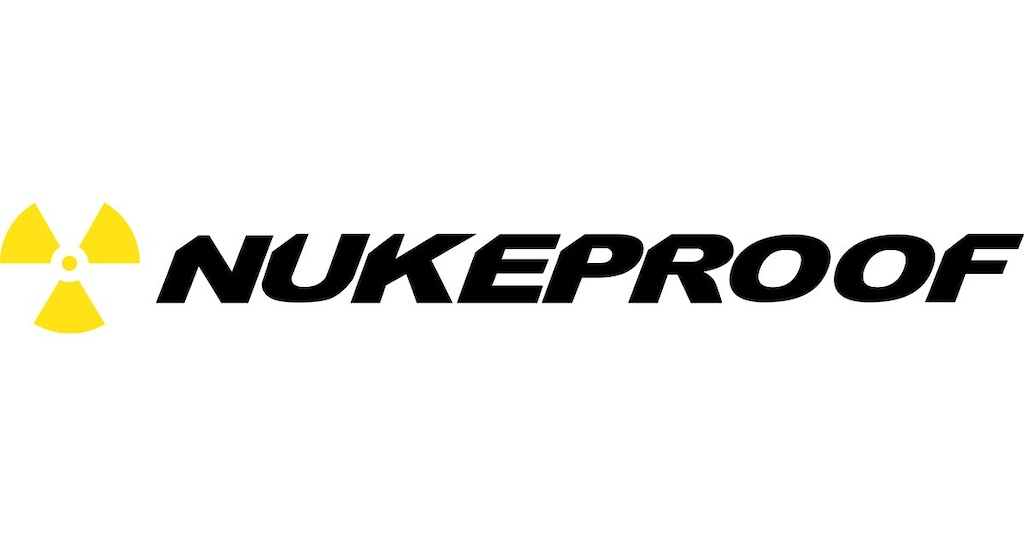 Sea Otter Classic exhibitor space is 90% sold out with nearly 1,000 brands on display at the 33rd annual event.

The four-day show, presented by Life Time, is on track to break all sales records, according to organizers. Several European, Australian, Chinese and South African companies will be exhibiting. Almost 40 e-bike companies will also be there. According to the organizer, more than 1,000 demo bikes will be available.

“Changes in key venues, coupled with market shifts and pent-up demand, have resulted in significant show growth this year,” said Sarah Timleck, the show’s director of sales. “Facilities improvements by Monterey County have allowed us to significantly increase our presence at the show.”

Timleck said brands are aware that Sea Otter attracts consumers not only for cycling but also for outdoor recreation. 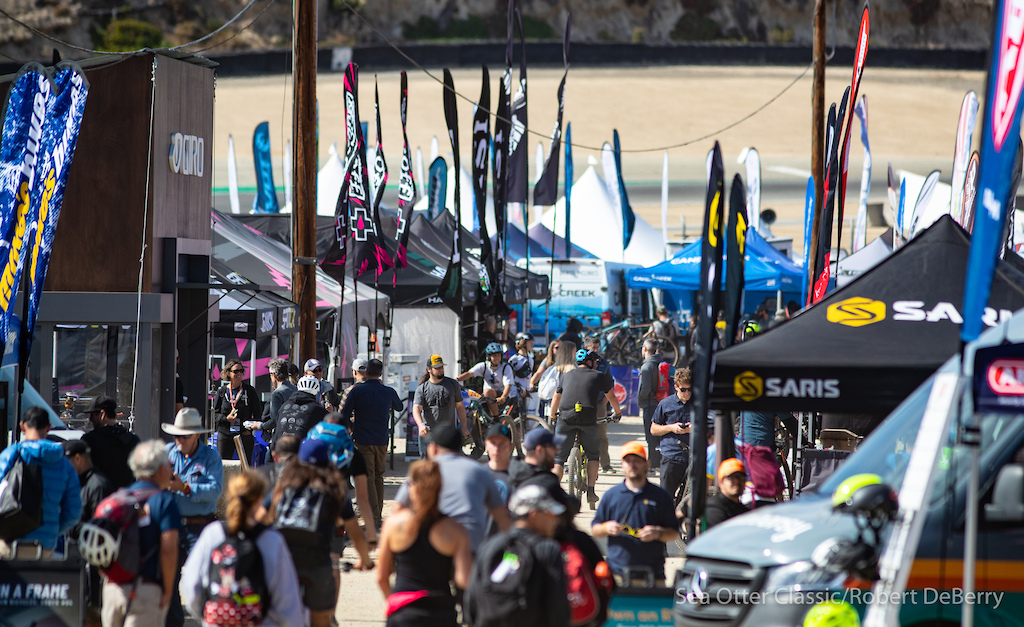 The suspect in Operation Vicious Cycle accepts a settlement

A defendant in the investigation into a spate of shoplifting accepted a plea agreement, according to the Colorado Attorney General’s Office.

Noting the absence of Quijad’s adult criminal record, prosecutors said the verdict was consistent with other lower-level members of the organization, the attorney general’s office said.

Rapha CEO resigns after less than a year in office

Rapha’s CEO William Kim will step down, with Francois Convercey and Daniel Blumire taking over joint management, the company announced.

Kim said his decision was based on personal reasons and that he would move to Korea to be with his family.

“As you can imagine, this has been a very difficult decision for me,” Kim said in a note to Rapha employees. “Over the past year, the Rapha brand has grown on me. Rapha is an amazing company made up of great people and a unique culture, a tight-knit community. You are all helping to build a very special brand here at Rapha. It has been a privilege to experience the magic of cycling and I know you will continue to succeed and lead the industry.” 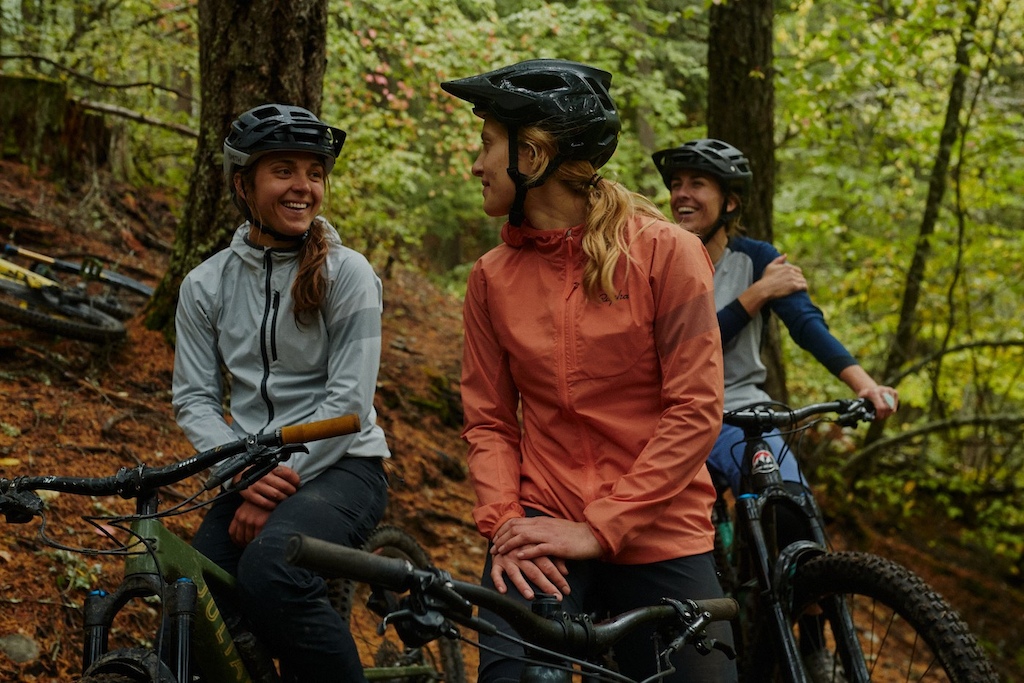 Kitsbow joins Wefund to begin a round of community funding

Kitsbow Cycling Apparel has had a strong focus on community since relocating from California to the small textile town east of here in Old Fort three years ago. From helping with a mural project celebrating desegregation in schools in the South to creating livelihood jobs, Kitsbow has quickly become a leader in the neighborhood.

Now it is weaving further into the community by announcing in September that it is expressing interest in a regulatory crowdfunding round of funding through Wefunder, an online platform that connects startups and early-stage companies with investors.

“One of the benefits for a company like Kitsbow is that we not only enable it to monetize from its own customers and community, but we can put it in front of Wefund’s investor base, and they have some investment from ours as well.” Get investment base. said Jonny Price, vice president of fundraising at Wefund. “Typically, a company gets two-thirds of its capital from people it brings to the table and one-third from the existing Wefund investor base.” 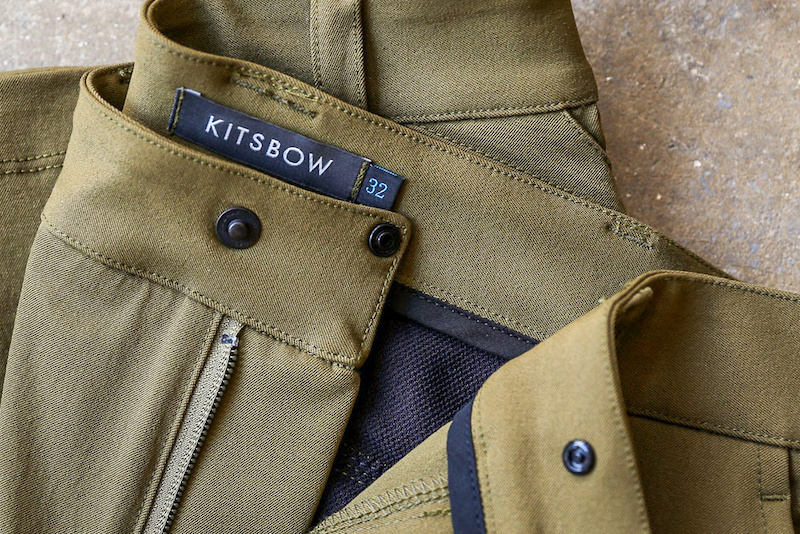 New York City fire officials say they will approve five bills the city council is considering to address lithium-ion battery fires. The council did not vote on the bills at a session on Monday. A new citizens’ group demanding solutions to the surging fires held a press conference ahead of the meeting.

One of the bills proposed by City Councilwoman Gale A. Brewer would have the FDNY develop an information campaign to educate the public about fire hazards posed by lithium-ion battery powered mobility devices. Thomas Currao, acting chief of fire for the FDNY, said his department is already doing so and will continue.

Another bill proposed by Brewer would ban the sale and assembly of used lithium-ion batteries that have been assembled or reconditioned using cells removed from used batteries. Violators would be subject to a civil penalty ranging from $200 for a first violation to $1,000 for each subsequent violation over a two-year period. It would also prohibit the assembly of such batteries. 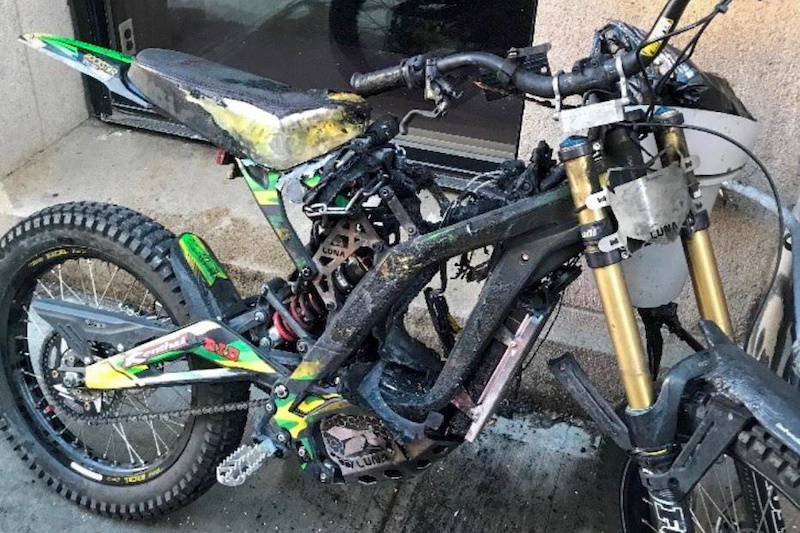 Cannondale chief executive Marco Kind made the announcement in a press release on Friday.

Cannondale Europe GM Eugene Fierkens will be leaving the brand but staying on to help with the transition. Cannondale’s sales teams are led by Nick Hage and Frank van Dulmen. 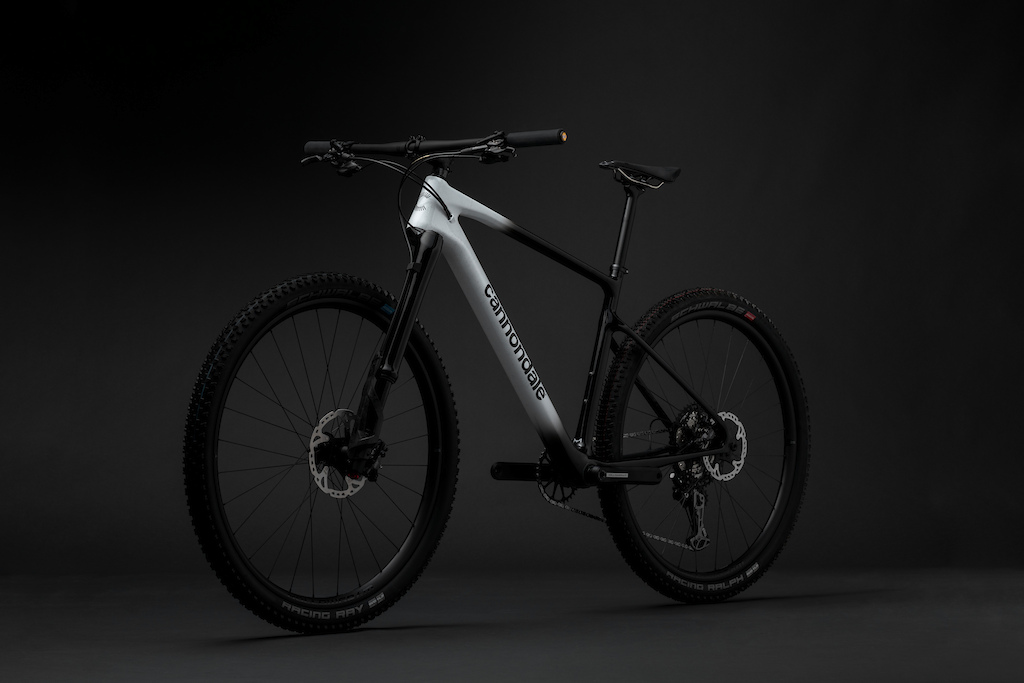 Bell Sports and Trek Bicycle are among companies suing shipping companies for lost or damaged containers caused by North Pacific storms in early 2021.

The Maersk Essen 051, a 366 meter long ship, lost more than 700 containers when it encountered heavy seas off Mexico on January 16, 2021. The ship was en route from Xiamen, China to Los Angeles. Trek is among more than 30 companies suing Maersk, the ship’s owner, and other related parties for lost or damaged cargo on the Essen. 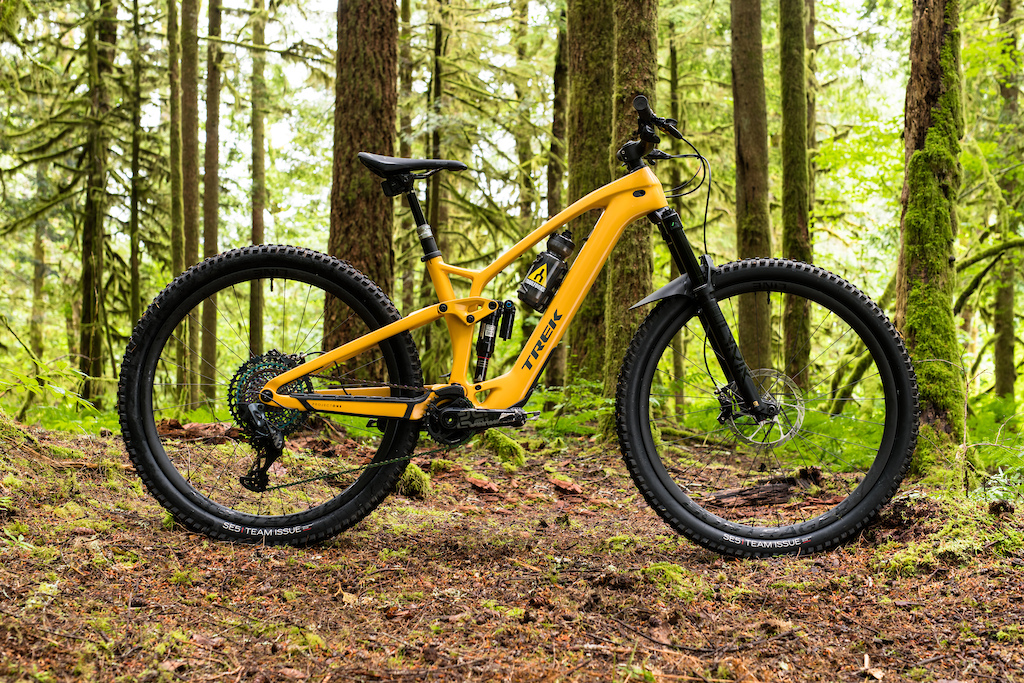 Bell Sports has settled a product liability lawsuit filed by an Indiana woman who said her Bell Universal pedal broke off while riding, causing an accident and injuries. The lawsuit said the woman suffered damages totaling nearly $5 million.

Bell’s universal pedal fits both ½” and 9/16″ cranks thanks to the included adapters that screw into the crank arms; The non-standard axles of the pedals are then screwed onto the adapters.

A jury trial was scheduled to begin December 5 in the US District Court for the Southern District of Indiana in Indianapolis. But on Tuesday both sides told the court that they had agreed on a settlement. The court gave them 30 days to file a joint motion to dismiss the case.

A spokesman for Bell, which is part of Vista Outdoor, said the company would not comment on the settlement. Conditions were not published. 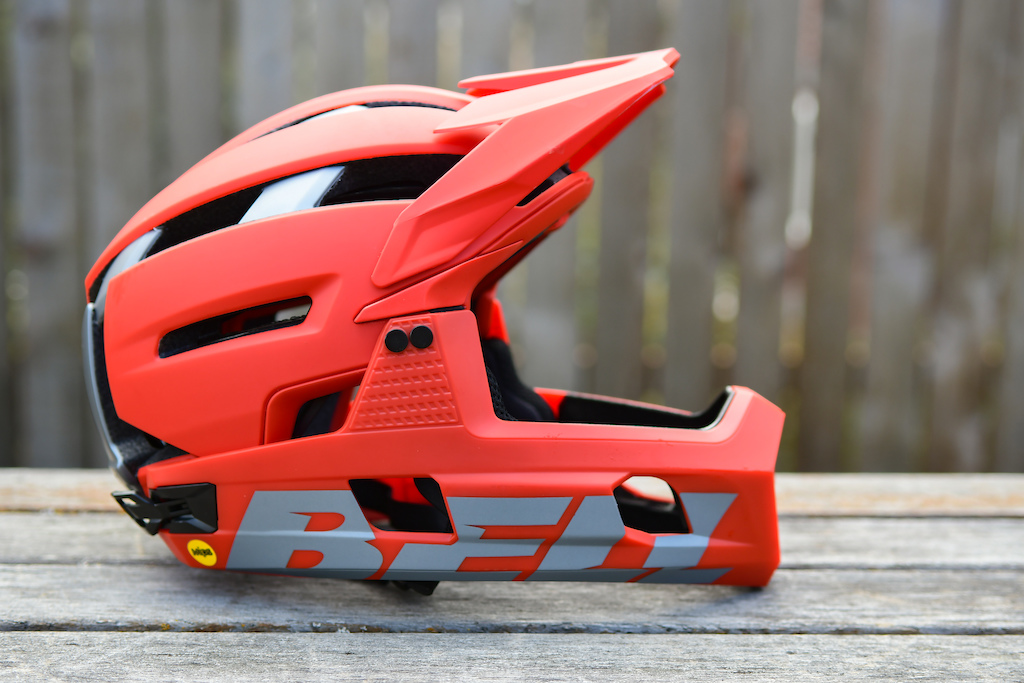 Vittoria Industries announced Tuesday that it will move its North American headquarters to Bentonville, Arkansas in December. The new office space is located in the Ledger, a new six-story downtown building with bike-friendly facilities. Specialized opens an Experience Center in the same building.

Karim Pine, general manager of Vittoria North America, said the sales and marketing team will make the transition while the brand’s warehouse will remain in Oklahoma City. Vittoria will also hire six employees.

“Bentonville is emerging as the epicenter of cycling in the United States and we look forward to being a part of it,” said Pine. “This marks an exciting new chapter for Vittoria and demonstrates Vittoria Group’s investment in the US market.” 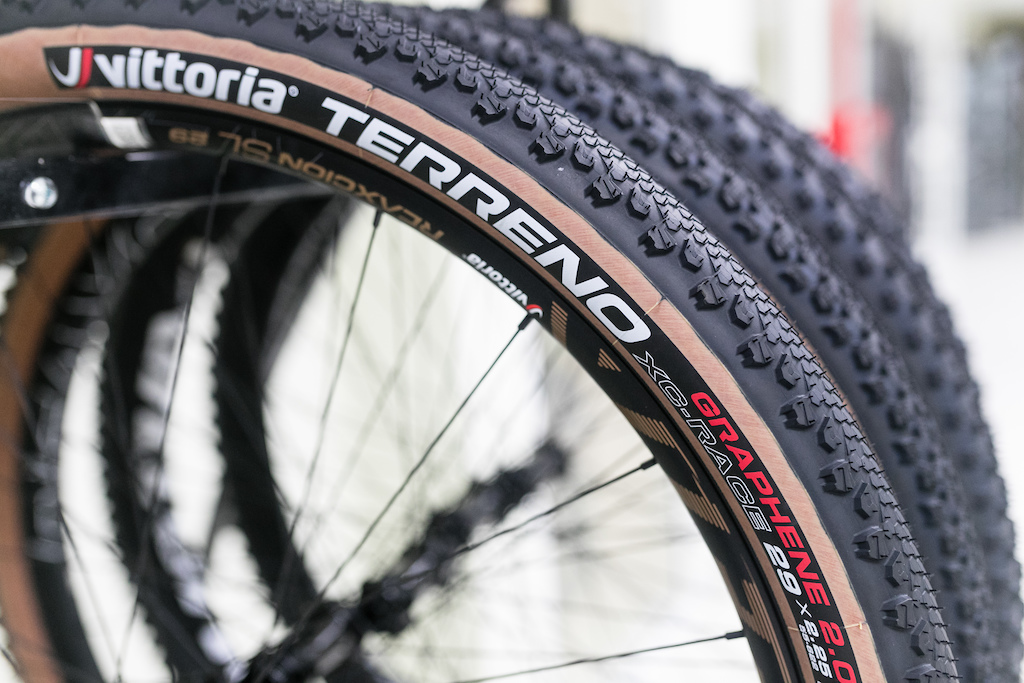