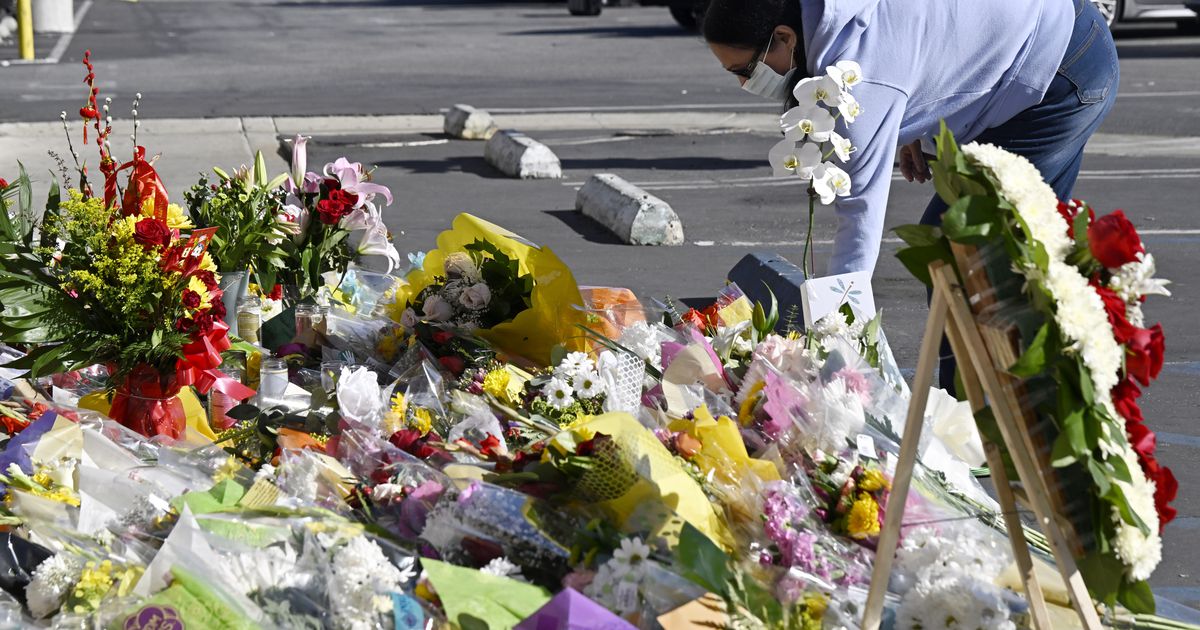 Last weekend we learned of another tragic mass shooting. At least 11 people have been killed and 10 others injured so far this time at a dance studio in California. And then on Monday, seven people were killed in a mass shooting in Half Moon Bay. The shocking fact is that this brings the number of mass shootings to 39 in 2023 – and it’s still January. We have to ask ourselves: Why isn’t the government enacting stricter – but sensible – gun laws?

Some argue that this is due to the influence of the National Rifle Association. Perhaps. But one reason could be that the public has become desensitized to the constant streaming of stories about violence.

As communication scholars have documented, when exposed to an inordinate amount of images and words describing alarming events, there is a natural tendency to assume that those events are routine, normal—and expected. So perhaps it’s not surprising that there are fewer emotional responses needed to motivate citizens to pressure their leaders to take action to alleviate the problem.

I’m afraid that’s what we’re seeing with the recent mass shootings and over-saturated media coverage, particularly the repetitive news loops that are occurring in this day and age of 24/7 cable TV.

Re: “Coffee Pods Get an Undeserved Bad Rep – Other Brewing Methods Are Tougher on the Planet, Experts Say,” Sunday News.

Science is wonderful, but the story about coffee pods, coffee brewing and the environment left me stumped. Why not investigate and quantify the carbon footprint of attending concerts or major sporting events? About 100,000 people can be seated in AT&T Stadium. Something has to get her there. Food and drinks are available.

Where are the studies on the environmental impact of NASCAR racing, which consumes gallons of fuel, produces exhaust fumes, and serves only to drive many miles in circles? Monster truck jams, dirt bike races, the Rose Bowl and Macy’s parades?

The list of opportunities for meaningful study is endless. But someone had to take care of coffee pods and brewing.

The story ends with a suggestion for mindfulness: “…ask yourself if you really want this cup of coffee and if you’re going to drink all of the coffee.” It’s safer than asking someone to forego conversation for the sake of it save planet.

Back to regulated utilities

I suggest that this author and all of your editors read Short circuit the network by Meredith Angwin, subtitled, The hidden fragility of our power grid. She describes how closed meetings, obscure auction rules and five-minute planning horizons will shake the reliability of our electricity grid.

The book reveals that our leaders have created a horribly muddled, bureaucratic mess that most mortals cannot comprehend. It’s time to ditch the silly complexities of regional transmission organizations and return to regulated electric utilities.

A small price to pay for power

At first I was puzzled by Abnet’s point of view. He doesn’t like the PUC’s grid proposal, a plan called the Performance Credit Mechanism that ensures we have on-demand power generation capacity — distributable — in the event of an emergency, but he hasn’t offered any alternatives.

He talked about resilience, sustainability and efficiency, but never mentioned the reliability that was at stake. On the second reading, I found the key at the end, “wind and sun would fall by the wayside”.

Abnet’s problem is that the fix designed by the PUC addresses the problem. We have invested too much in wind and sun and need to invest more in controllable (gas, coal) power plants. The writer just seems to want to further his agenda to spend more on renewable energy, which often proves worthless in times of crisis.

The PUC is spot on when it supports a plan that will help us build more fossil fuel power plants if needed. It will cost us more, but only about a 2% increase in our electricity bill — a small price to pay to avoid another February 2021.

I strongly condemn the anti-democratic violence in Brasília. The attack on all three branches of the Brazilian government, with some support from the Brazilian military, is a chilling and alarming assault on global democracy. The international community must stand in solidarity with the democratically elected government of Brazil and support its efforts to uphold and defend the rule of law.

Those responsible for this apparent attempt to undermine the will of the Brazilian people must be held fully accountable. Democracies around the world must speak out loud and clear against anti-democratic movements and reaffirm their commitment to freedom and justice.

In Brazil and in the USA

The difference between the US and Brazil is fascinating when the right-wing conservative parties in both countries lead an uprising because they lost their elections. In the United States, our conservatives have tried to block investigations into our insurgency, even allowing the leader of the insurgency to run again for the presidency.

In Brazil, the leader of the insurgency, Jair Bolsonaro, has fled the country and appears to be hiding in Florida.

Our former president, now based in Florida, has made offers to pardon the insurgents if he ever wins another election. The sound you hear is just history repeating itself.

We look forward to your thoughts in a letter to the editor. See the guidelines and Submit your letter here.