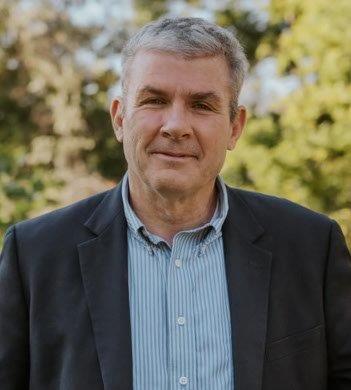 Little did he know when David Hayes left for work on the morning of December 30 last year that he would not have a home to return to that evening. But that day, fires raged through unincorporated Boulder County and the communities of Superior and Louisville, Colorado, destroying more than 1,000 homes and seven commercial buildings. Another 149 homes and 30 other buildings were also damaged.

Haye’s home was one that was reduced to ashes. And his car melted in the driveway. But he wouldn’t know until later tonight.

As Louisville Police Chief, Hayes focused on the complexities of the day and the tasks at hand, with public safety as his top priority.

Wind gusts were clocked at 70 to 100 miles per hour. The fire, which started around 11 a.m., quickly spread to about 6,000 acres in a populated suburban area south of Boulder.

People had to be evacuated from the fire route. Looking out the windows of the Louisville Police Station, Hayes saw flames consuming nearby bushes. His 32-year-old home, where he raised two daughters, was a half-mile from the police station, but Hayes’ attention was focused on a joint operation with the local sheriff, police and fire department.

For nearly five decades as a police officer, Hayes has lent a helping hand in situations of crisis and tragedy. With the Marshall Fire, he experienced being a victim, which he says has given him a heightened sense of empathy when working with others.

When Estes Park Police Chief Wes Kufeld announced last February that he would be stepping down as chief in May after 34 years with Department 14, David Hayes threw his hat in the ring for the job.

A Catholic child from a large family in South Denver, Hayes fell in love with Estes Park during summers at Camp St. Malo. In 2017, Hayes bought a home in Estes Park with the thought that he would eventually retire in the community.

“I wasn’t ready to retire and this opportunity presented itself,” said Hayes, who turned 66 this year.

During his childhood, Hayes considered becoming a priest, but an interaction with a Denver police officer, R. James Burkhalter, helped him decide what he wanted to become. “It goes way back when I was 9 or 10 years old and I’m still in touch with Jim today, 56 years later.”

Another connection to Burkhalter came about in 1977. Hayes’ father was a Denver doctor who became ill and had to give up his medical practice. One of the doctors in his father’s practice, Zdenka Kalendovsky, a Czechoslovakian immigrant neurologist, was shot dead in the clinic’s parking lot.

Burkhalter, who had since become a homicide detective, suspected the suspect might be a former patient at the clinic. “That was in the days before HIPPA. My dad helped review medical records to look for possible suspects,” Hayes said. However, the case was never solved.

Hayes worked on many cocaine cases in the 1970s and 1980s and was an investigator in the 1983 murder of Sid Wells, a University of Colorado student who was dating Robert Redford’s daughter Shauna.

Police arrested Wells’ roommate Thayne Smika, but the Boulder County district attorney at the time didn’t think there was enough evidence to bring the case to trial. In 2011, the Boulder County District Attorney’s Office approved an arrest warrant for Smika on first-degree murder charges, but his whereabouts are unknown. “Bond was set at $5 million in this case, the highest in Boulder history,” said Hayes, who believes Smika is living under an alias.

Hayes graduated from a joint Boulder Police Department-Boulder Sheriff’s Office Academy and earned a Bachelor of Science degree in criminology and political science from the Metropolitan State University of Denver.

In 2022, Hayes was a Democratic lead candidate for Boulder County sheriff, running against Curtis Johnson, a department head in the Boulder County Sheriff’s Office. Johnson won the primary and was then elected in an uncontested race in November.

Hayes serves as President of the Colorado Association of Chiefs of Police from 2022-2023. He is passionate about what he calls “constitutional policing.” “Most of what we do is not policing, it is community safety. We’re about being the guardians of the community and the “constitutional policing” that protects the rights of everyone, regardless of race, immigration status or sexual orientation,” Hayes said.

Hayes, an advocate of mental health co-responders who work with police officers, said, “We want to be the people who call people in the community when they have a problem.”

“Dave is just a natural,” said Hayes’ longtime mentor Burkhalter. “He is a sociable person and is very supportive of his officers. This will be a great fit for Estes Park for many reasons.”