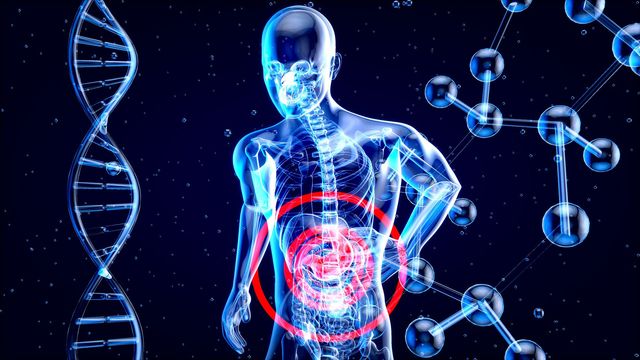 Researchers used metagenomics, the study of genetic material harvested directly from the stool microbiome of people with Parkinson’s disease and neurologically healthy controls.

“The primary objective of this study was to obtain a complete, unmodified view of the imbalance in the PD gut microbiome,” said Haydeh Payami, Ph.D., professor in the Department of Neurology at the Marnix E. Heersink School of Medicine and senior author the study.

The study reports that the metagenome of Parkinson’s disease indicates a disease-promoting microbiome.

“We found evidence for several mechanisms that we know are associated with Parkinson’s, but what we didn’t know were that they also occur in the gut and are orchestrated by the microbiome,” Payami said.

Investigators found an abundance of opportunistic pathogens and immunogenic components, suggesting an infection and inflammation at play, an overproduction of toxic molecules, and an abundance of the bacterial product curli. This induces PD pathology and dysregulation of neurotransmitters including L-dopa. At the same time, it lacked neuroprotective molecules and anti-inflammatory components, making recovery difficult.

Payami, holder of the John T. and Juanelle D. Strain Endowed Chair in Neurology, and her team recruited 490 people with Parkinson’s disease and 234 healthy controls. Just over half of the subjects were male and predominantly older than 50. All were from the Deep South region of the United States, which helped eliminate confusion caused by geographic and cultural influences on microbiome composition.

The researchers looked at 257 types of organisms in the microbiome, and the analysis found that 84, more than 30 percent, were linked to Parkinson’s disease.

“Of the 84 PD-associated species, 55 had an unusually high frequency in individuals with PD, and 29 were depleted,” Payami said. “We found that over 30 percent of the microorganisms and bacterial genes and pathways tested have an altered frequency in Parkinson’s disease, indicating a widespread imbalance.”

At one end of the spectrum, Bifidobacterium dentium was increased 7-fold, Actinomyces oris 6.5-fold and Streptococcus mutans 6-fold. At the other end of the spectrum, Roseburia intestinalis was reduced by 7.5 fold and Blautia wexlerae by 5 fold. Overall, 36 percent of the species associated with PD showed a more than two-fold change in frequency, reflecting a 100 percent to 750 percent increase or decrease in PD compared to the healthy control group.

“This study created a large data set with the highest resolution currently possible and made it public without restriction to promote open science,” Payami said. “It contains extensive metadata on 490 people with PD, the largest PD cohort with microbiome data, and a unique cohort of 234 neurologically healthy older people for use in a variety of studies. We have shown that there is a widespread imbalance in the Parkinson’s metagenome that creates an environment that allows for neurodegenerative events and prevents recovery.”

Parkinson’s disease is a progressively debilitating condition that affected 4 million people in 2005 and is expected to double to 8.7 million people by 2030. Although historically defined as a movement disorder, Parkinson’s disease is a multisystem disease. It is speculated that PD is caused by various combinations of genetic susceptibility and environmental triggers, although no causative combination has yet been identified. The connection between PD and the gastrointestinal system is well established.

“This is exciting research because metagenomics is a new albeit rapidly developing field and the resources, methods and tools, while state-of-the-art, are still evolving,” said Payami. “Certainly, if we increase the sample size and others also do metagenomics studies and share the data, more information will be revealed. We anticipate that in the near future we will have the tools and analytical power to use metagenomics as a new approach to study PD heterogeneity, looking for biomarkers, deeper into the origin and progression of PD subphenotypes to dive in and investigate the potential of manipulating the microbiome to prevent, treat, and halt the progression of PD.”

This article was republished from the following materials. Note: The material may have been edited for length and content. For more information, please refer to the given source.