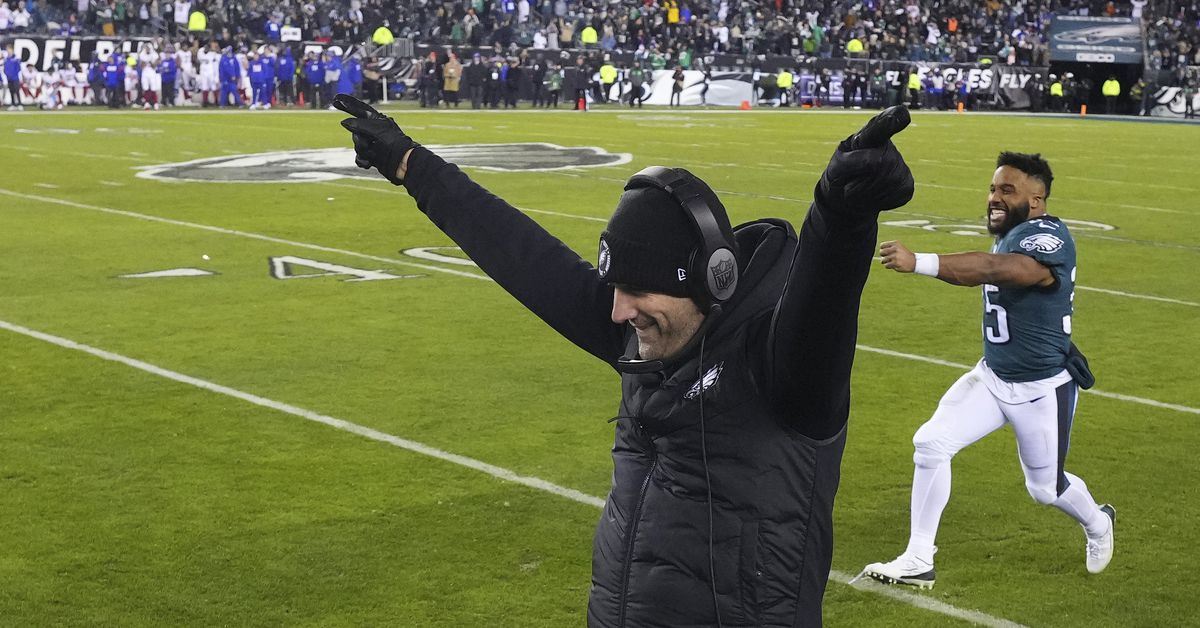 In two years as an NFL coach, Nick Sirianni has only won, guiding the Eagles to back-to-back NFC playoff finishes and this season’s NFC championship. Sirianni received some recognition for his services when the prestigious Maxwell Club named Sirianni the 34th Greasy Neale Professional Coach of the Year, Maxwell Football Club director Mark Wolpert announced on Wednesday morning.

Led by Sirianni, the Eagles ended this season with their best regular season record in franchise history, 14-3, and in two seasons overall, the Eagles are 23-11 under Sirianni.

In two years, Sirianni has the Eagles in their eighth overall NFC championship after the team finished 4-11-1 in the season before arriving in Philadelphia.

Tickets for the Maxwell Football Club National Awards Gala can be purchased on the club’s website https://maxwellfootballclub.org/purchase-tickets/ or by calling 215-643-3833. Questions regarding Maxwell Football Club awards or programs can be directed to Mark Wolpert, MFC Executive Director at [email protected]

Joseph Santoliquito is an award-winning Philadelphia-area sportswriter who has written for SI.com, ESPN.com, NFL.com, MLB.com, Deadspin and The Philadelphia Daily News. In 2006, he was nominated for an Emmy Award for a special project feature for ESPN.com entitled “Love at First Beep.” He is best known for his award-winning ESPN.com article on high school wrestler AJ Detwiler in February 2006 and his groundbreaking story about Carson Wentz for PhillyVoice on January 21, 2019. In 2015 he was elected President of the Boxing Writers Association of America.