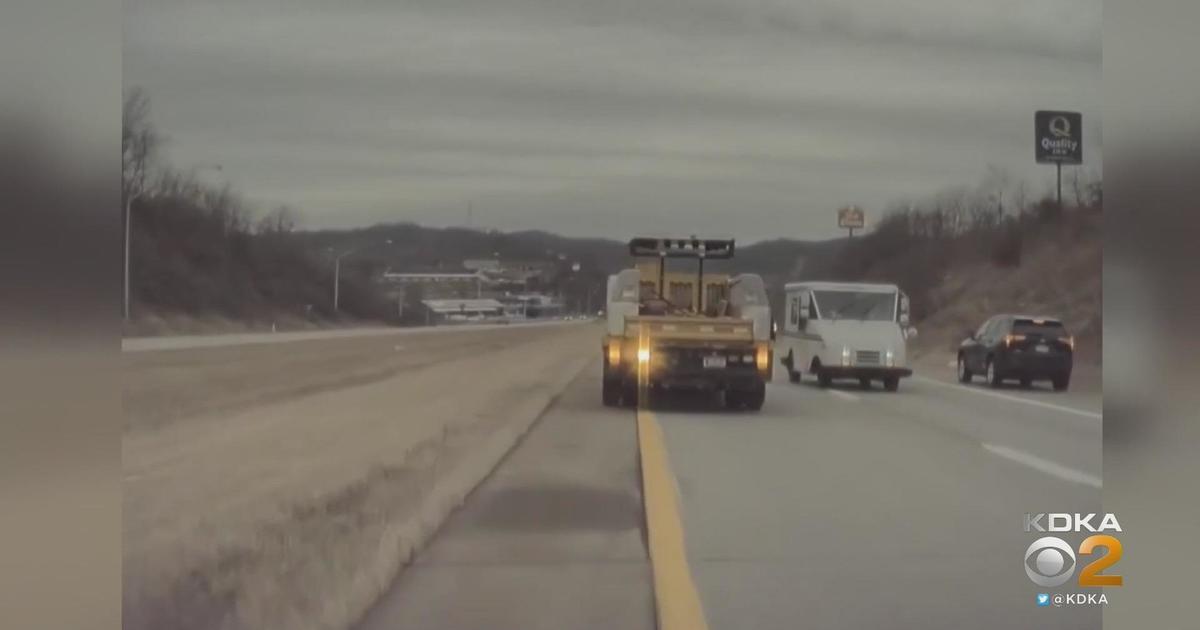 MOON TOWNSHIP (KDKA) — A US Postal Service worker in Moon Township is accused of stealing a mail truck and leading police in the wrong direction on a chase.

On Sunday afternoon, Dan Freeman drove to Bridgeville after camping with friends in Virginia. At around 1:30 p.m., he saw something unusual on I-79 northbound in Waynesburg.

“I can see lights on both sides of the freeway and I’m like, oh, that’s not good,” Freeman said.

Freeman was about to drive around the stopped vehicle when the driver of a mail truck headed straight for him. Instinct kicked in and Freeman swerved left and stopped behind the truck.

Soon a squad of state troopers followed the mail truck.

“I feared for my life at that moment,” Freeman said.

Freeman later learned that the person behind the wheel allegedly stole the Moon Township mail truck. Waynesburg State Police said they were called to look for the truck on I-79 southbound.

Eventually they caught up with the driver, who police said led them on a 2-mile chase. He was later taken into custody and identified as 35-year-old Tyler Floro, a postal worker from the Moon Township location on Thorn Run Road Extension.

“As he walked by, he was smiling and had this calm look on his face like he was on a Sunday drive,” Freeman said.

Freeman knows it could have been a lot worse.

“I would feel very differently about it if someone was injured,” Freeman said.

State police said Floro spat on a police officer while in custody. He remains in the Greene County Jail. Moon Township police said they plan to charge him with unauthorized use of a motor vehicle in Allegheny County.

KDKA-TV reached out to USPS for comment Monday but received no response.