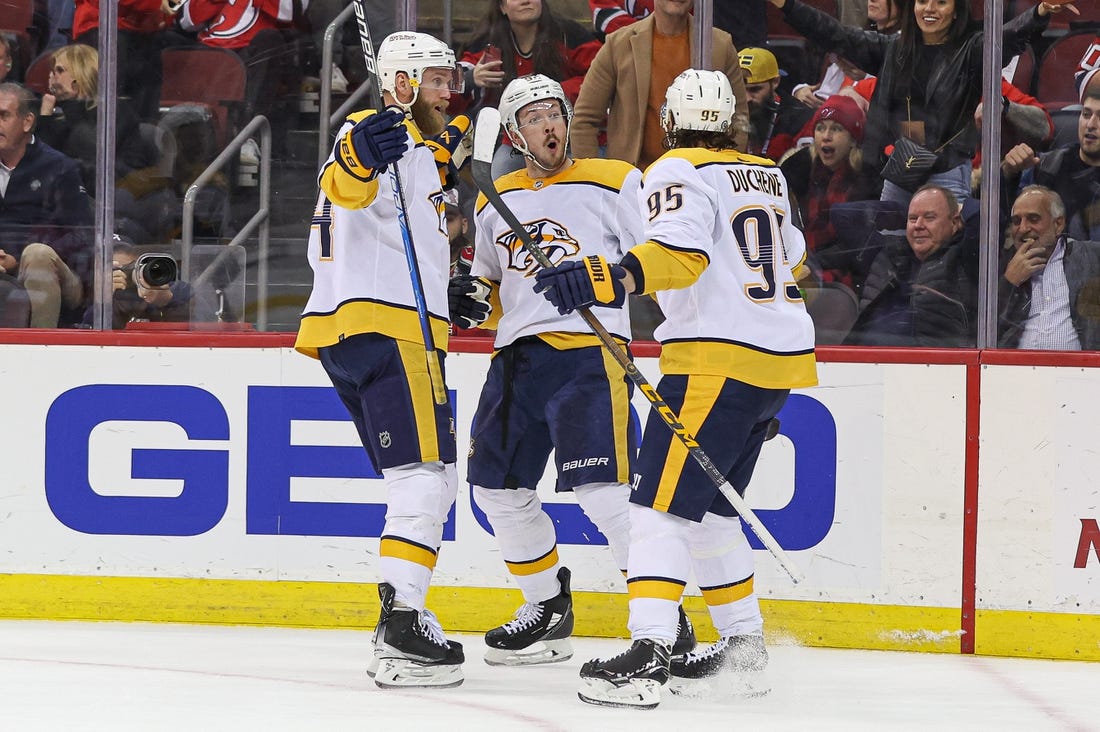 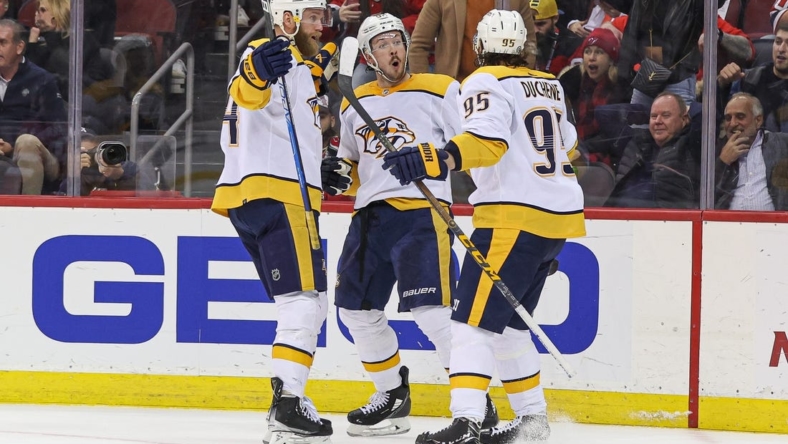 All the New York Islanders coaches and players watching their next opponent Thursday night saw something very familiar — a win delivered by a third-period comeback.

The Nashville Predators will attempt to pull off a successful back-to-back street set when they take on the Islanders in Elmont, NY on Friday night

The Predators opened a three-game road trip against Eastern Conference opponents in dramatic fashion Thursday night when Mikael Granlund equalized with 10 seconds left and Ryan Johansen struck 33 seconds into overtime to give Nashville a 4-3 win to lead the New Jersey Devils.

The Islanders have not played since Tuesday, when their four-game winning streak ended in a 3-1 loss to hosts Philadelphia Flyers.

The Predators looked like they would be the Devils’ latest casualty, who came out on Thursday with 16 wins in their last 17 games and overcame a 2-0 first-half deficit by scoring in under three minutes early in the second three goals scored.

But the Predators ended a power play generated with 2:46 left when they were called out for too many men on the ice, and then forced overtime with a six-a-five goal after pulling goalie Juuse Saros had.

In OT, Devils goalie Vitek Vanecek struggled to possess the puck before attempting to send a clearing pass off the boards. Surviving a trio of New Jersey players around the puck, Matt Duchene gave a backhand pass to Johansen, who got on one knee and fired a shot over Vanecek’s stick at the 33-second mark.

“That was huge for us,” said Johansen, who scored the first goal just 11 seconds into the first period. “We could easily have gone without points but we made a couple of big games and got a great result.”

The usual third-period magic was nowhere to be found on Tuesday for New York, who have won four games this season in which they are behind after two periods.

Against the Flyers, the Islanders were shot 12-7 in the final period, despite pulling goalie Ilya Sorokin with about two minutes to go. They didn’t pose a serious threat during a six-for-five advantage before Kevin Hayes iced the win for the Flyers with an empty net.

“Tough game, really,” said Islanders left winger Matt Martin. “It doesn’t flow much. (The Flyers) played hard and well and at the end of the day we have to be better.”

The loss capped a challenging night for the Islanders, who lost first-half center Josh Bailey to a chest injury in warm-up and right winger Cal Clutterbuck to a chest injury. Both are listed as daily.