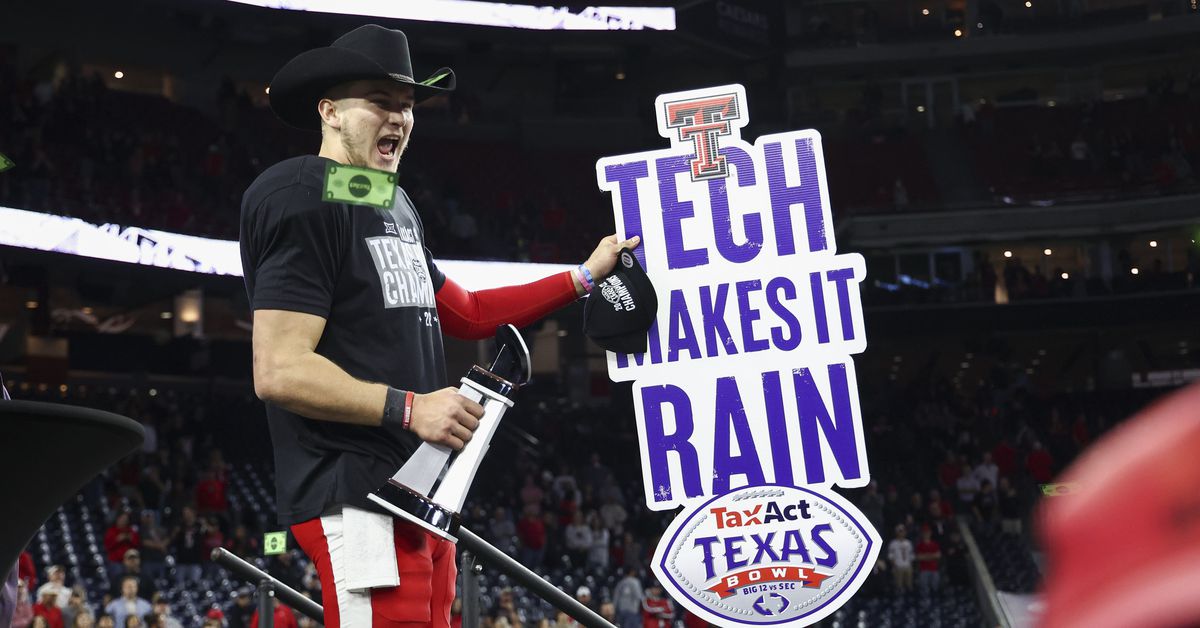 The freshman year under freshman head coach Joey McGuire exceeded all reasonable expectations. Seven wins, including the longest winning streak in conference play since Kliff Kingsbury’s inaugural season. Tech would not only make her bowl appearance, but dominate her to record 8 wins since, you guessed it, Kingsbury’s freshman year.

Tech was competitive in every game, and a couple of fourth-quarter collapses cost them serious Big 12 relevance. All of this adds up to exceeding any expectation of what success should look like for a head coach in their first year in a program, let alone their very first year at that level.

But what should tech fans expect when nearly 70% of all production (assumed launchers and key depth) is expected to return? That and a few key transfers plus the incoming recruits make this the best established tech roster by far in years.

That’s a good question in itself, but it also begs the question of where the line falls between rational and irrational expectations of Texas Tech.

Our editor wrote an article on this topic. His argument is that tech fans need to find a new standard for a truly great season.

And while many Red Raiders eagerly await the expansion of the playoffs to 12 teams, the reality is that bringing a national championship to Lubbock is only going to get harder. In theory, if you’re lucky enough to make the playoffs in their existing format, you can do something TCU in the semifinals against Michigan and repeated that feat in the finals. It’s not likely, but at least possible.

However, I believe TCU’s teaching is contrary to this view. Yes, Georgia was clearly the best team after graduation in football. But a missed field goal was the difference between a TCU and Ohio State matchup. An Ohio State team thoroughly outclassed by Michigan.

The lesson to be learned from this playoff performance is twofold. First, no single game is a predictor of any other potential game. College football results aren’t random, but individual training schedules mean every matchup is different than the last. Second, the difference is talent, but developing talent is important.

If the playoffs expand to 12 teams, the Big 12 champion will be guaranteed a spot. But adding the extra shifts means the top teams are being challenged to beat more teams, and if you recall, Georgia was pushed to its limits by a few teams this year. Yes, the 5-star kings will win the national title most years. Hell, maybe every year. But is it possible for someone else to get past them? And should we, as tech fans, even dream of this possibility?

To think about it, we have to first determine how did TCU get to the point where they can compete at this level? You got older, it really is that simple. An experienced group of guys got lucky and played disciplined football. They used every break and didn’t fight. That was enough to get second place in that nation. Despite all of TCU’s mistakes, they lost a game, beating a heavily favored Michigan. They looked bigger, tougher and better trained on paper in this game despite the massive talent differences.

Tech will be a much older, very talented team next season. Looking at the Big 12 landscape, even assuming OU and Texas return, Tech seems primed to be a frontrunner in the conference. Is it wrong to expect that the team could do the thing? Is that a rational expectation?

As a fan, don’t expect to be fighting for national titles. Texas Tech could very well reach the playoffs with an older, more talented roster with an aggressive coaching staff.

However, few programs should really expect to win a national title. But that irrational itch to hope for a title is right there. To think it could happen, and personally I don’t think it’s a far-fetched claim. But even if it were, why would you ever give up that thought?

Reasonable or not, removing yourself from the national title as a fan is a stupid thing to do. Yes, Georgia and her friends will probably beat you into the next week 99% of the time. But Appalachian State happened. Texas is more talented than almost anyone, and they lose early and often.

Texas Tech will probably be very good at football next season. And while the dream may always be just a dream, I won’t blame anyone for thinking of Tech taking that final trophy. I won’t blame fans who are frustrated with the assumed glass ceiling and hope the Red Raiders pull through. Never give that up because I don’t think the college football world is racing to an NFL G League. I think the portal is slowly leveling the playing field as top recruits leave big programs to find playtime faster.

Of course, if McGuire hits the glass ceiling and it really becomes the SEC party in the new playoffs, Tech shouldn’t try to continue. But every year as we put down the dominoes, the program should want more and more. And as fans who support that belief, fuel it and get disappointed when it falls short, that’s really what we should be doing.