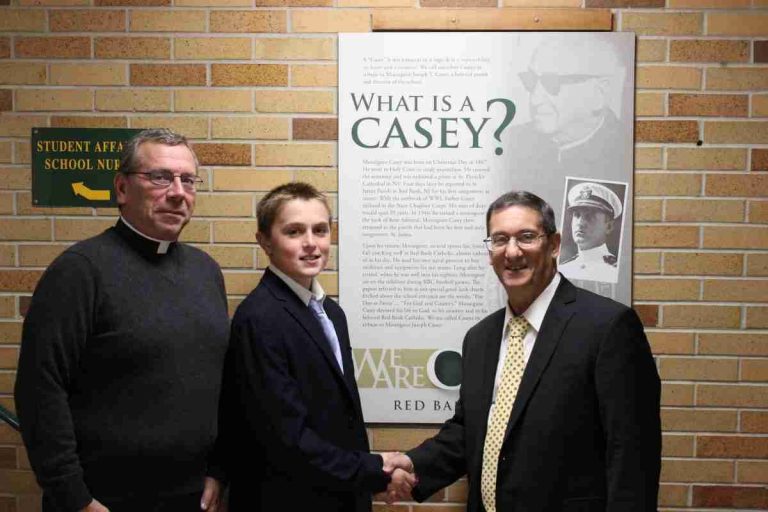 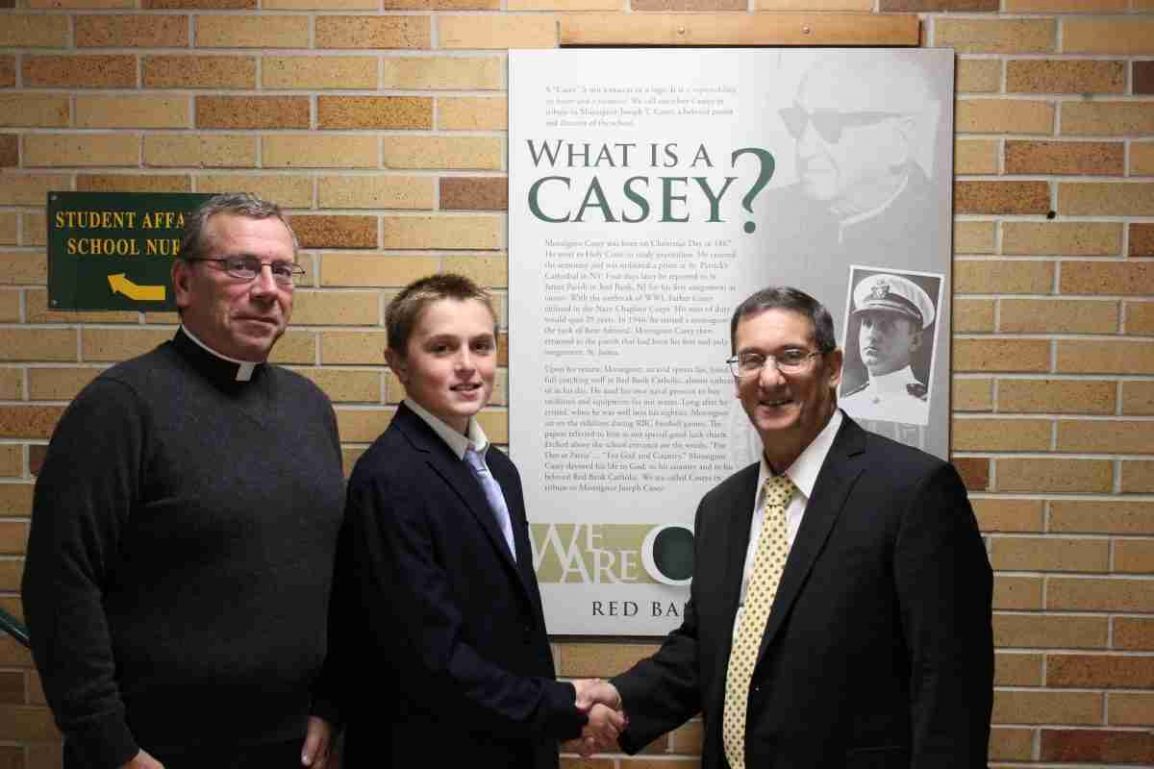 Red Bank Catholic (RBC) is honored to announce the endowment of the Dennis P. Lynch ’59 Merit Scholarship. The scholarship was generously donated by the Lynch family in memory of Lynch’s exemplary character and love for his alma mater. After a fulfilling and distinguished life as a leader, mentor, friend, husband and father, Lynch passed away on April 10, 2021.

The Dennis P. Lynch Scholarship is a full four-year scholarship awarded annually to a freshman who has proven to be a well-rounded student leader dedicated to learning and personal development. Lynch Scholars are encouraged to use their God-given talents to actively live the mission established by the Sisters of Mercy both at school and in the larger community.

“RBC is honored to have named Dennis Lynch as one of their own. His life and work are deeply rooted and intertwined with his alma mater and serve as a role model and inspiration for current and future Caseys. Through the endowment of this grant, Dennis’ legacy of service and service to others will live on for generations to come,” said Red Bank Catholic President Robert Abatemarco.

As a student at RBC, Lynch met his “best friend for life,” who later became his wife, Ann Marie Blades ’59. Ann Marie fondly recalls her time at RBC, when they shared virtually all of their courses together from freshman to senior. She observed him firsthand as a perennial scholar and athlete, excelling in both teaching and sport.

Lynch’s athletic achievements didn’t end in high school. During and after his years at Yale, the University of Pennsylvania Wharton School and his service with the US Coast Guard, he continued to excel on both the basketball and tennis courts. Lynch was a member of the Yale Ivy League Basketball Championship team in 1962 and was named an All-Ivy Player in 1963 and 1964. In 1965 he was also a point guard for the Navy and All-Service teams and was eventually drafted by the New York Knicks. Lynch played tennis his whole life and was voted the second best player in Jersey Shore tennis history by the Asbury Park Press in 2000. In recognition of these honors, Lynch was inducted into the Red Bank Catholic Hall of Fame in 2016 for all of his accomplishments, both athletic and otherwise.

Paralleling his successes in the business world was Lynch’s steadfast commitment to community service. Aside from his election to Rumson Borough Council, he has served as President of Sea Bright Tennis Club, Vice-Chairman of Rumson Country Day School and a board member for Riverview Medical Center Foundation, Meridian Health Group and Navesink House (now the Atrium CCRC).

Additionally, the loyalty and devotion Lynch and his family have shown to RBC has been both profound and enduring. Aside from spearheading a fundraiser for the elderly, Sisters of Mercy, Dennis and Ann Marie generously funded numerous scholarships at RBC to support undergraduate students in need. Additionally, the 2010 Lynches were leadership donors to the Vincent J. Eck Student Center. This gift honored her parents, Mr. and Mrs. William Coleman Blades and Mr. and Mrs. Thomas Edward Lynch, for providing Dennis and Ann Marie with their Red Bank Catholic upbringing.

“Dennis and Ann Marie always had their school at heart. Your generosity in supporting the Eck Student Center project empowers generations of Caseys to strive for excellence and mature through competition,” said Joe Montano, Director of Institutional Advancement and Athletics.

The first Dennis P. Lynch Merit Scholarship was awarded this year to David Louis Connolly ’26 of Tinton Falls. Connolly is a Red Bank Catholic heir. His grandmother, Margaret Alessi ’71, father David Connolly ’87, mother Margot MacPherson ’90 and sister Margaret Connolly ’25 are all Caseys. In middle school, Connolly served on the student council, track and field, and community service. Since joining RBC, he has continued to pursue these interests by running for student council, playing freshman football and joining the Caseys for a Cure club. He also plans to wrestle in the winter and join the Catholic Athletes for Christ.

Abatemarco said, “This scholarship gift is truly special because it was made out of love—the love that shared Dennis and Ann Marie for decades, and their love for the school that started it all.”