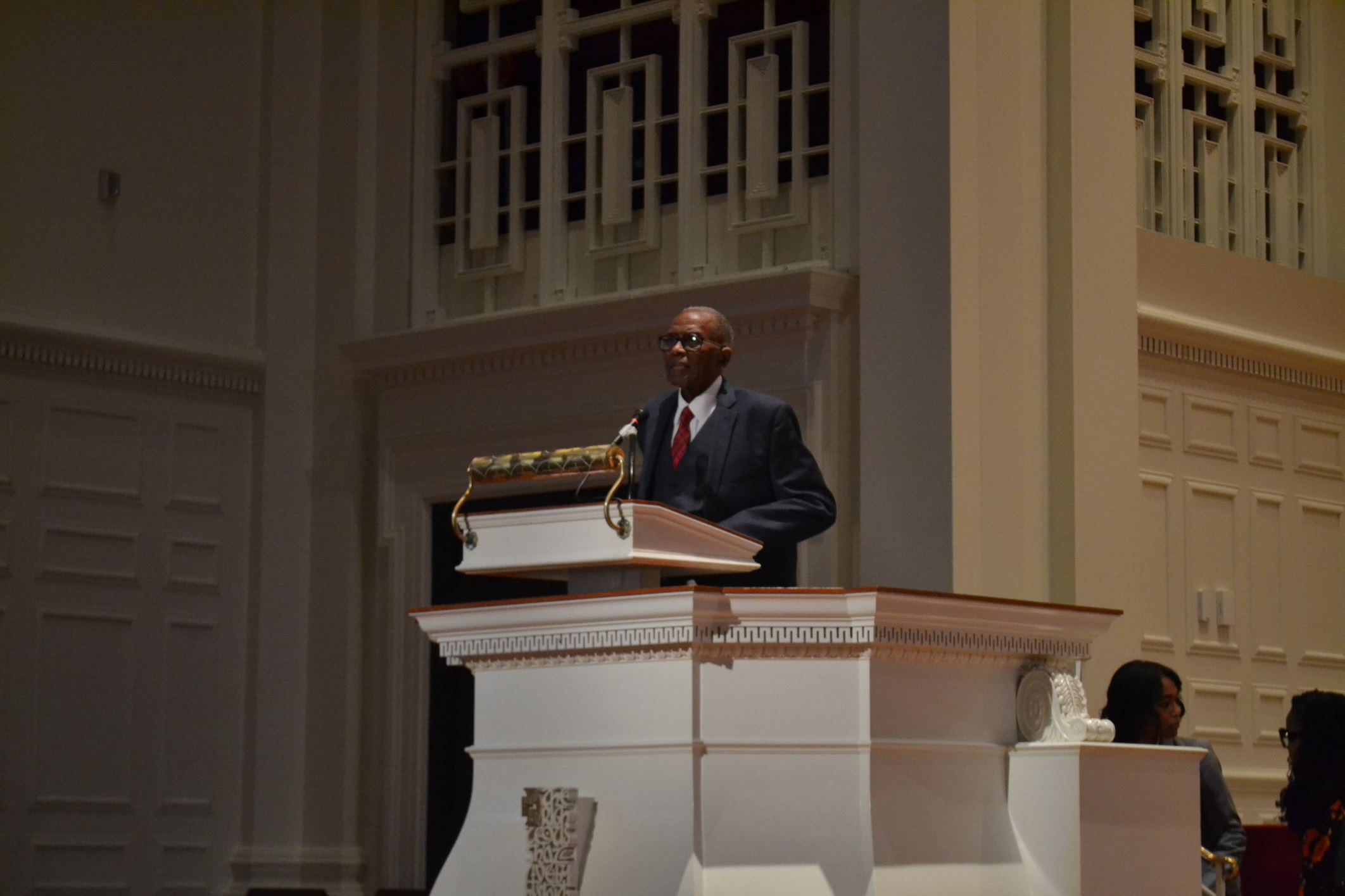 During the speech, Gray spoke about the civil rights movement and offered suggestions for future action, such as recognizing the issues of inequality, developing plans to fight for civil rights, and getting involved in civil rights causes.

Next year, Gray filed Brother v. Gayle, who challenged Alabama state statutes and Montgomery, Alabama city ordinances requiring segregation on buses. The US Supreme Court eventually heard the case and ruled that the statutes were unconstitutional.

Gray, whose legal career spans 60 years, was later chosen 1970 into the Alabama House of Representatives and became one of the first two African Americans to serve in the Alabama legislature since Reconstruction. 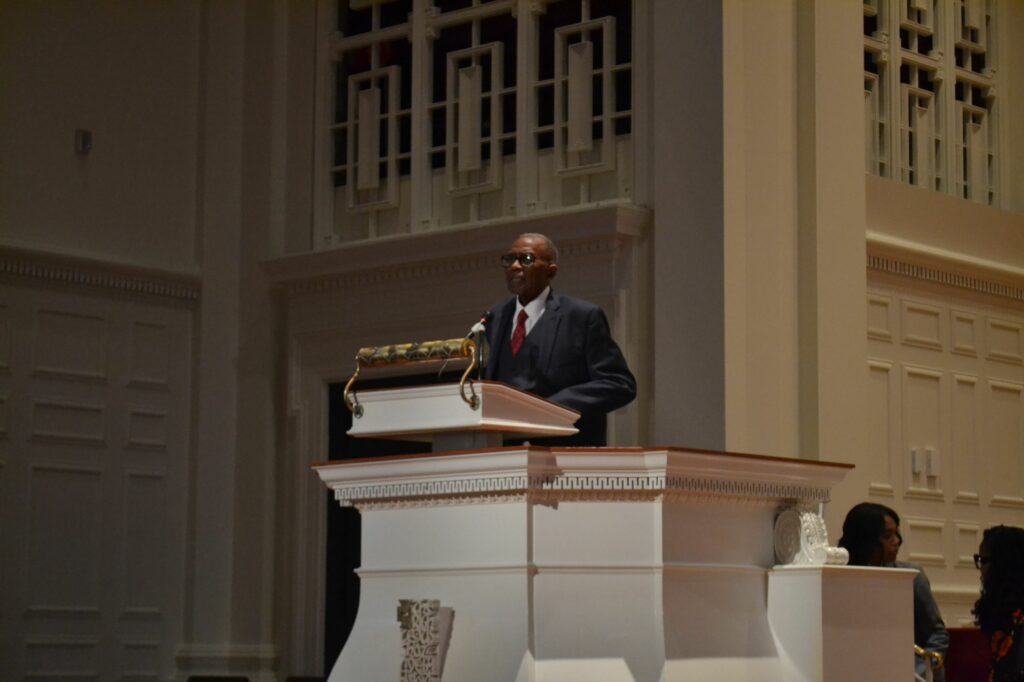 Acting associate professor of African American Studies Crystal Sanders, an events coordinator for this year’s King Week lecture, said she immediately thought of hosting Gray as a speaker because he’s still “in his golden years” fighting for racial justice.

“I wanted someone who could hopefully engage with the students and really let them know the triumphs and trials of actually trying to make social change happen,” Sanders said.

During the lecture, Gray said he was motivated to become a civil rights advocate because of racial inequality rooted in the founding of the founding documents of the United States.

Gray added that the Founding Fathers excluded people who looked like him, noting that both the original Constitution and the Declaration of Independence dealt only with the rights of white men.

“For the past 69 years, I have dedicated my life to enforcing African American rights and redefining white privilege between the 13th, 14th and 15th amendments[s] and the Constitution,” Gray said. “I became a lawyer and helped the civil rights movement because I saw problems in Montgomery [that] had to be corrected.”

However, Gray emphasized the recurrence of racial injustices throughout society, stating that racism and segregation still exist in the United States today.

“We need to recognize that racism, and any form that remains in this country, is wrong and must come from the top down,” Gray said. “It has to come from the White House, Congress, the Supreme Court, these government agencies. The highest institutions must say that any form of racism is … wrong.”

After the event, Abdelaziz Rickard (26C) said Gray’s speech reminded him of today’s racial discrimination and the importance of continuing the fight for civil rights.

“Mr. Gray’s presence in the room today is a testament to how fresh are the racial, social and economic issues he fought in the civil rights movement,” Rickard said. “It was really amazing just hearing words from him, too to hear him touch on the fact that we must wake up to make every dream come true.I couldn’t have said it better myself and I’m really hopeful to see myself and other people implement what we want to see .”

Gray ended his speech by emphasizing how the audience should promote civil rights and racial justice.“Keep pushing, keep pushing, set the record straight,” Gray said. “Do it long and keep doing it until righteousness perishes like water and righteousness like a mighty river.”