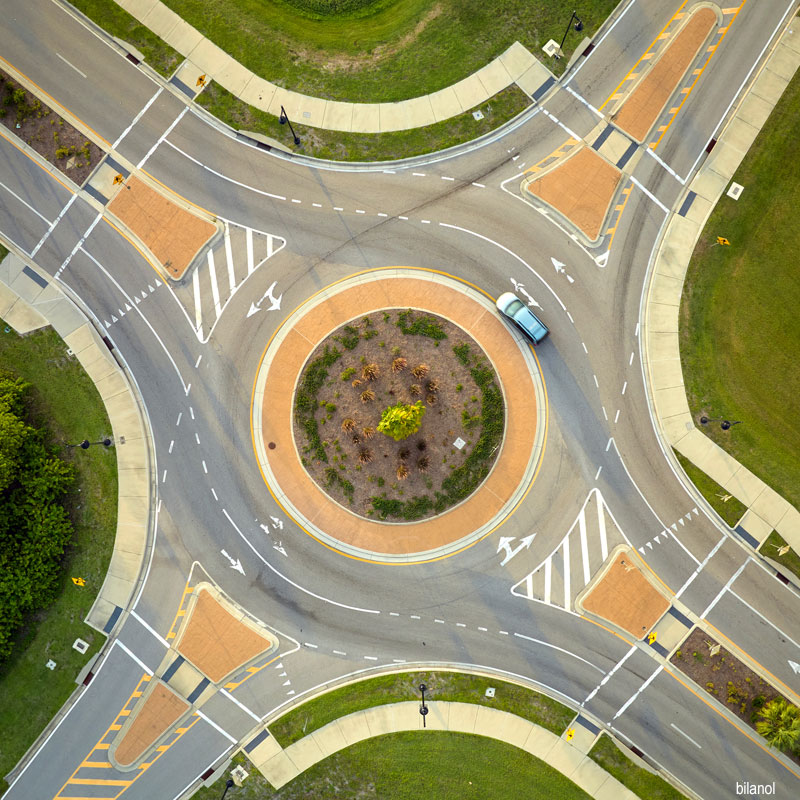 The states of Indiana, Washington and Wisconsin have taken action in recent years to address concerns about maneuvering large trucks through the increasingly popular traffic pattern.

Roundabouts have gained popularity across the country in recent years after the US Department of Transportation supported their installation to slow traffic and reduce the incidence of major accidents. In fact, state Departments of Transportation report that intersections that have been converted to roundabouts have seen a 75% reduction in personal injury accidents and a 90% reduction in fatal accidents.

Following in the footsteps of the three states, an Arizona House bill would allow large trucks to use two lanes of traffic to navigate circular intersections, including roundabouts.

Truck drivers would be entitled to “deviate from the lane in which the operator is driving” when the vehicle approaches a roundabout.

The bill, sponsored by House Transportation and Infrastructure Committee Chairman David Cook, R-Globe, would apply the rule to trucks with an overall length of at least 40 feet or an overall width of at least 10 feet.

Proponents say the change would allow trucks to straddle the lanes approaching a roundabout. They add that the traffic maneuver is designed to help prevent vehicles from attempting to overtake while a large truck is navigating the traffic pattern.

In addition, operators of smaller vehicles would have to give way to large trucks when approaching or passing through roundabouts. The rule would apply if the driver of the smaller vehicle is driving through the traffic pattern at the same time, or nearly so, or “close enough time to present an immediate hazard”.

The regulation would also apply to operators of large trucks. Specifically, the truck driver on the right would have to yield to the truck driving on the left.

Signs would have to be posted at all roundabouts telling travelers that ‘trucks have right of way at roundabouts’.

The bill, HB2288, is before the House Transportation and Infrastructure Committee.

A Colorado House bill contains much of the same language as the Arizona bill.

The Colorado version, introduced by Rep. Andrew Boesenecker, D-Fort Collins, does not include a requirement for signage to inform travelers that they are giving way to trucks.

A fine is provided for non-compliance with the rule. Violators, in particular, would face fines of up to $81.

The bill, HB1014, is scheduled for a February 1 hearing by the House Transportation, Housing and Local Government Committee.

Since 2017, the Indiana Truck Rule has applied to roundabouts.

At the time, elected officials in the state of Hoosier cited communications with professional drivers to enforce the rule.

A Senate bill addresses concerns about how the state decides where to build roundabouts.

Sen. Gary Byrne, R-Byrneville, is behind a bill to ensure locals have their say before traffic order is added.

His bill would prohibit the Indiana Department of Transportation from planning or building a roundabout until the agency receives input and approval from a local board of directors in control of the intersection or intersection where the roundabout would be located.

The bill, SB352, is before the Senate Homeland Security and Transportation Committee. LL