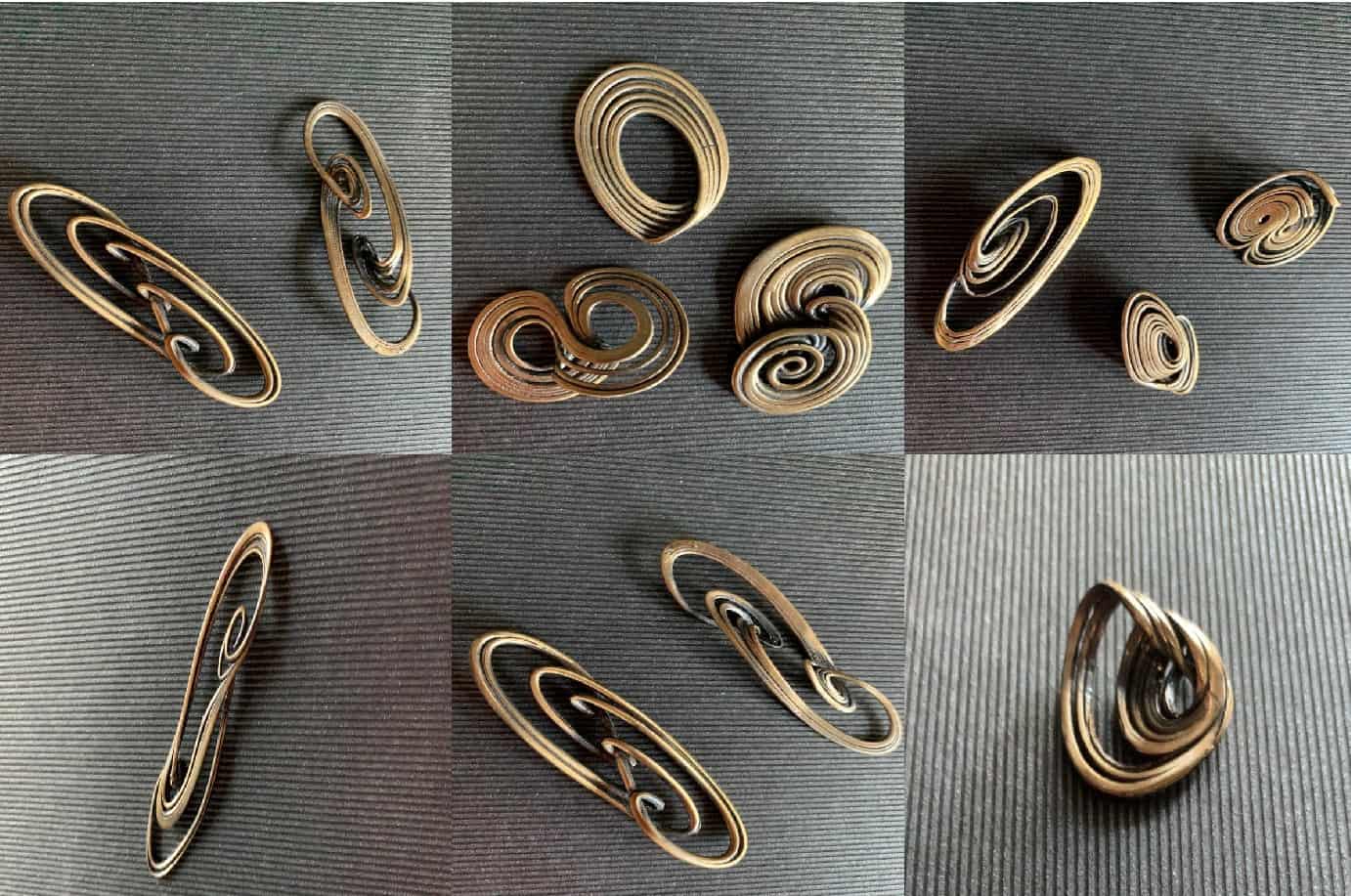 Science is not only concerned with predictable phenomena such as electricity, gravity or chemical reactions. There are also many nonlinear processes that cannot be controlled or predicted, such as B. Weather and turbulence. This is where chaos theory comes in, which explains the behavior of dynamical systems that are very sensitive to initial conditions.

Researchers at the University of Bologna have found a way to turn the complex elements of chaos theory into real jewellery. The shapes were based on the Chua circuit, an electronic system that was the first evidence of chaos. Instead of an ordinary circuit that creates an oscillating current, Chua’s circuit never repeats itself.

“These chaotic configurations are complex structures that have never been observed before,” study author Eleonora Bilotta said in a statement. “Depictions of such structures are strikingly beautiful and constantly changing as the perspective changes. Jewelry seemed the best way to interpret the beauty of chaos.”

Chaos theory is the science of surprises, the unpredictable, and the nonlinear. Unlike the behavior of a pendulum, which follows a predictable pattern, a chaotic system cannot be predicted because of its nonlinear processes. They are very sensitive to initial conditions. A small change in conditions can have a big impact on the outcome.

This is illustrated by the butterfly effect. It’s reminiscent of the idea that a small butterfly flapping its wings in New Mexico, to name just one place, could hypothetically cause a hurricane in China. Or it couldn’t. The very surprising element of the butterfly effect is that it is impossible to predict whether a small system could lead to chaotic behavior.

The idea of ​​chaos was first described by the French mathematician Henri Poincaré and then further developed by the mathematician Edward Lorenz. He examined a model of Earth’s weather on a computer and finally came to very different conclusions. He found high sensitivity to initial conditions, with rounding error leading to different weather behavior.

This was also picked up by Leon Chua, who in 1983 developed the Chua circuit – a simple electronic circuit that produces a waveform that never repeats. It was Chua’s circuitry that inspired researchers to create the jewelry. The chaotic shapes proved difficult to create using traditional methods, so they used a 3D printer instead.

“Seeing the chaotic shapes transform into real, polished, shiny, physical jewelry was a great joy for the whole team. Touching and wearing them was also extremely exciting,” Bilotta said in a statement. “We believe it’s the same joy that a scientist feels when her theory takes shape or when an artist finishes a painting.”

The researchers said the jewelry can be used as a teaching tool, giving students the opportunity to develop artistic creativity and scientific knowledge. In the future they want to explore other representations of chaos, using spheres instead of lines. They also want to develop an exhibition that can then be adapted for international museums.

The study was published in the journal Chaos.