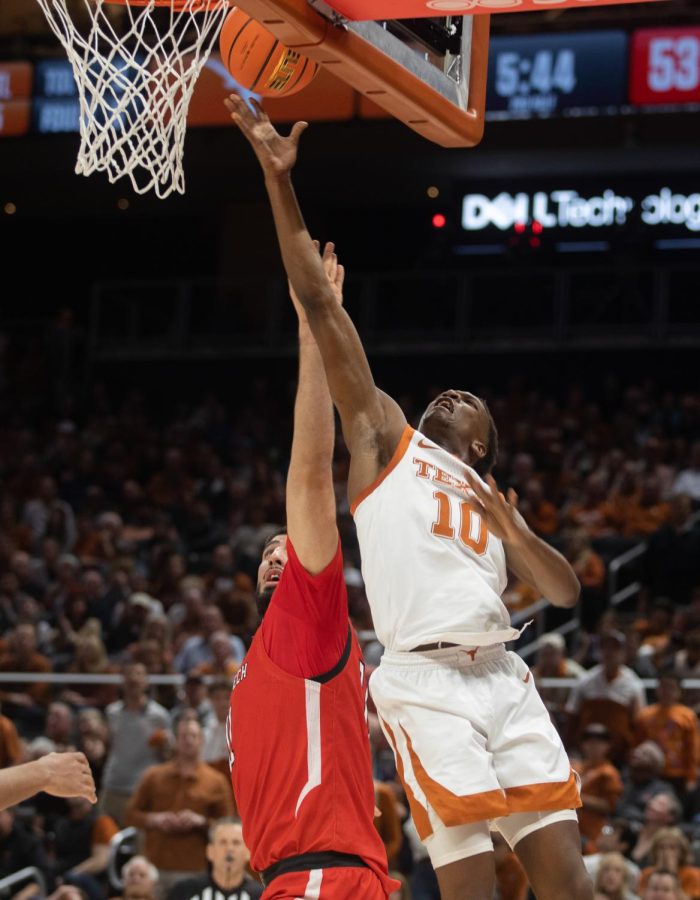 If there were an honor for a national men’s collegiate basketball sixth man of the year, Sir’Jabari Rice, the graduating safety guard from Texas, would be a serious contender for the theoretical honor. Former New Mexico State Aggie pulled off the bench as one of the Big 12’s best players.

Awards or not, Rice’s experience in the big moment plays a crucial role in the Longhorns’ long journey to the NCAA tournament.

Rice, now the No. 10 Texas guard, has proven the value of that experience, becoming a cornerstone of the Longhorns’ rotation and making a case for himself as the nation’s most valuable sixth man.

Averaging 10.1 points per game, Rice leads the Big 12 in scoring among all benchers.

Widely regarded as the best collegiate basketball league in the country, the Big 12 features six teams ranked in the AP Top 25 for the week. No other conference has more than four. As the first sixth man in the nation’s top conference, Rice has a solid case for national recognition.

Although Rice has not started a game for the Longhorns this season, he routinely quits games, showing the coaching staff’s trust in him in high-leverage situations.

Tight competition in the Big 12 often boils down to parrying free throws, where Rice excels, shooting 85.2% from the foul line. This brand ranks fourth in the Big 12 and leads the Longhorns, edging out super senior guard Marcus Carr’s 81.2%.

In the final 20 seconds against Texas Tech, Rice hit five of six free throws to help Texas secure a tense 72-70 home win. Against then-no. 17 TCU, Rice went three of four from the charity strip in the final ten seconds to secure a 79-75 win. Rice was named Big 12 Newcomer of the Week on Jan. 16 for his performances against TCU and Texas Tech.

On the defensive end of the floor, Rice routinely guards the opposing team’s most dangerous backcourt, with duels against All-Big-12 caliber guards like TCU’s Mike Miles and Oklahoma’s Grant Sherfield at crunch time. Rice’s performances in the most important moments of the games are not accidental.

“(I) am trying to find a way to help the team,” Rice said in a Jan. 14 news conference. “Just try to be the guy who will do whatever we need, when we need it.”

Though Rice has the ability to remain calm at key moments, his game isn’t short of flashy moments either.

“Jabari has the best fake shot, I could say, in basketball history,” graduate guard Carr said in a Jan. 9 news conference.

Despite Rice’s contributions to the Horns this season, he’s not resting on his laurels. Despite putting on a strong 18-point performance against Texas Tech, where he posted his second-highest point total of the season, Rice is still not satisfied.

“I think I played well; Everyone else thinks I played great,” Rice said. “We have higher expectations.”