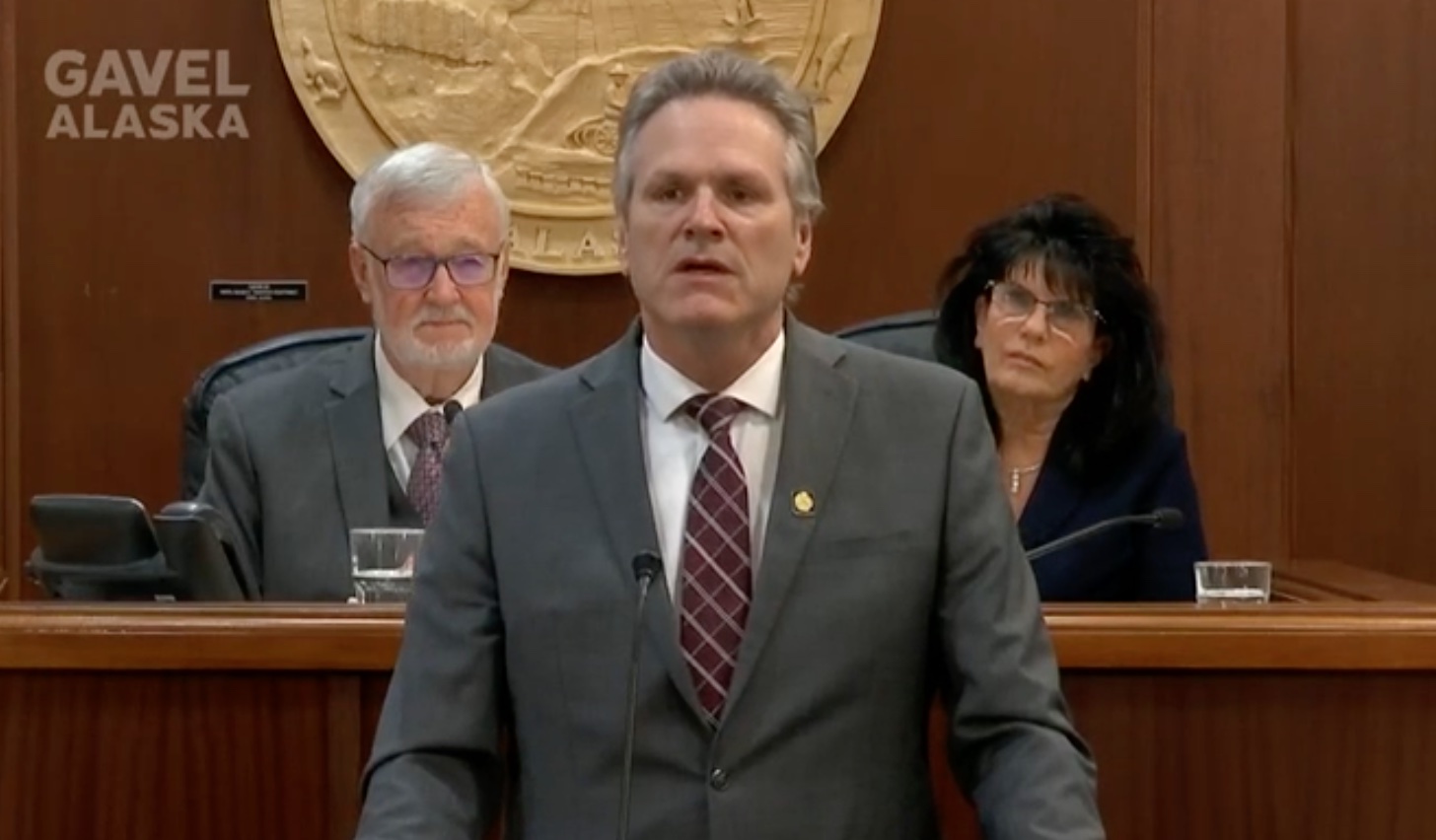 Governor Mike Dunleavy spent much of his State of the State Address highlighting the achievements of outstanding individual Alaskans – many of them from rural parts of the state. He named names and shared stories of heroism and Alaskans setting out to create a better and safer Alaska.

He singled out Heidi Lieb-Williams, chair of the Governor’s Council on Disabilities and Special Education. He singled out Daisy Lockwood Katcheak, the town manager of Stebbins, a village badly hit by an autumn typhoon. He introduced Sergeant Carlos “Julian” Navarro, who was hired by Kawerak Inc. to serve the Golovin community as the village’s public safety officer. He asked Katie Botz to stand up and be recognized for her work on behalf of victims, and he even introduced a psychiatric nurse from the Alaska Psychiatric Institute, Rebecca Morrissey.

On nearly every page of his 17-page speech, Dunleavy focused on specific Alaskans and their purpose in life. In every story he told, and every person who deserved recognition, there was a theme of how one person can make a difference in a state like Alaska.

After enumerating the other usual topics of such addresses in recent years — resource development, public safety, and reducing sexual assault — Dunleavy turned and spoke about drone research, the sale of carbon credits, and finally the need for more children to stem the outgoing tide of people curb population. It became clear that children were the driving motivation behind everything he had spoken about on the podium for the previous 40 minutes.

“It’s no secret to anyone that I am a pro-life governor, and my administration stands ready to work with all of you over the next four years to achieve my goal of making Alaska the pro-life state nationwide.” close. ‘ he told the 60 lawmakers in the chambers.

Dunleavy’s team did not pre-clear this part of his speech to the media.

The state must be a place that encourages families and is attractive to family life.

Throughout, Dunleavy hinted that there were things he wanted to do in his first four years that were difficult to achieve given the circumstances and with the hurdles the state was facing, like the pandemic. But he said he’s glad the state is able to keep the budget flat, and he stressed now is the time to revolutionize Alaska’s economy with big, bold ideas that position the state as a place where Families are growing and children want to return.

Pro-life policy ideas included expanding postpartum health care for women so they don’t turn to abortion instead. He also indicated that he will continue to fight for a full Permanent Fund dividend.

Towards the end of his speech, he asked Rep. Josiah Patkotak and his wife, Flora, who are from Utquigvik, to stand. He asked them to lift up their young children, Elijah and Francine, and then he asked the Alaska legislature to get down to work to build the kind of Alaska that would provide these two youth and all Alaskan children with the future they want to earn.

“To the Patkotaks, thank you again for being here tonight and representing today’s Alaskans and tomorrow’s Alaskans,” Dunleavy said.

And by raising the Patkotaks, Dunleavy managed to get the entire legislature to applaud Dunleavy’s pro-life message.