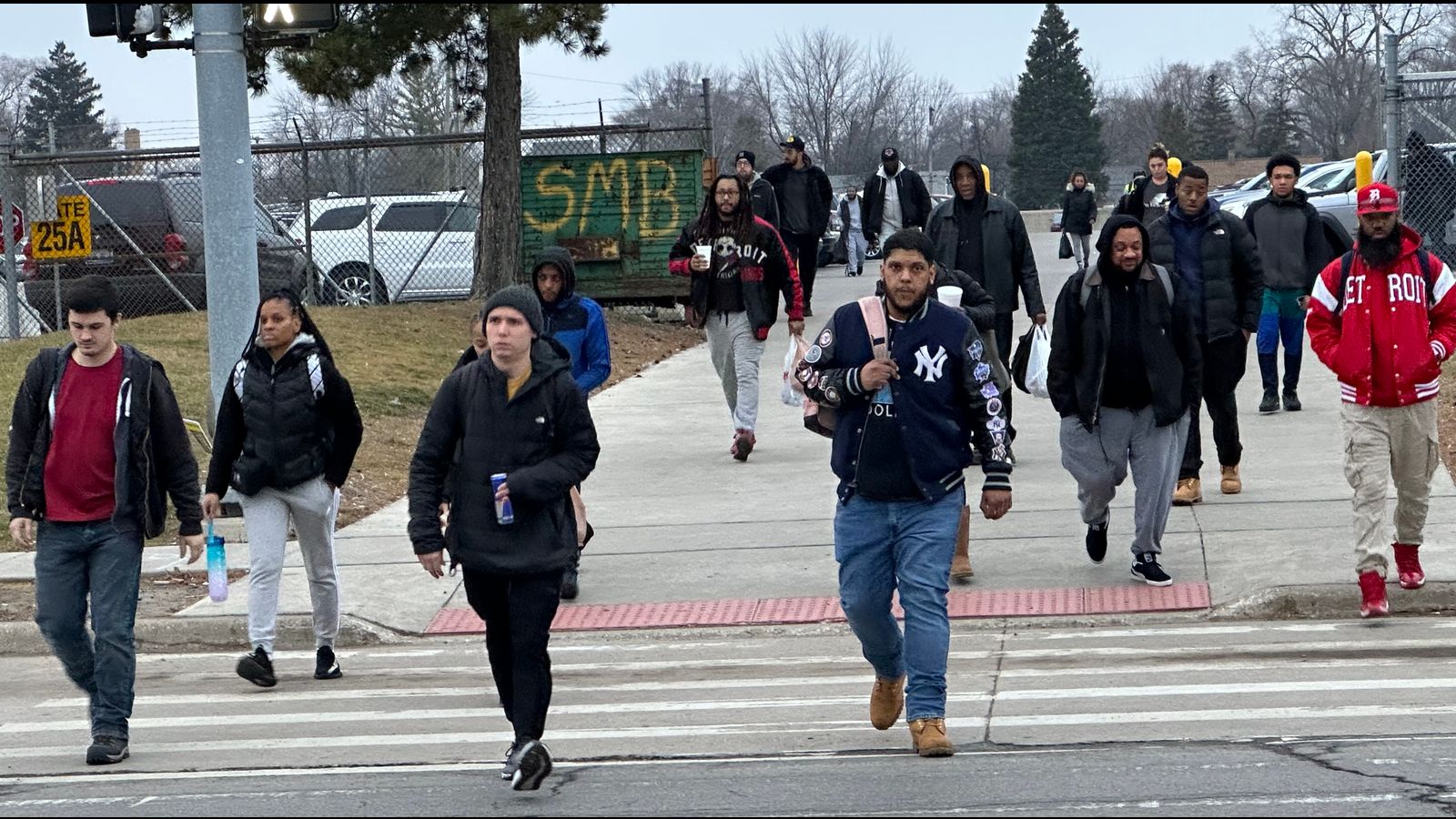 Are you a Stellantis employee? Let us know what you think about this new attendance policy by contacting us using the form below.

Stellantis Corporation employees were notified by letter dated January 17 at their facilities that scheduled doctor appointments and other medical events will no longer be excused. The letter, signed by Human Resources Manager Joe Boyer and Christy Shephard of Labor Relations, cites the authority of letter M8 of Fiat Chrysler’s (FCA) 2019 union agreement with the United Auto Workers (UAW).

The letter states that from January 30 this year, “the M8 language as nationally negotiated” will be used. According to this section of the contract, only “urgent and immediate medical treatment” is an excusable reason for absence, regardless of whether the employee has previously reported. According to the letter posted:

“Examples of what will not be accepted may include, but are not limited to: annual physical exams, colonoscopy, headaches/migraines, mammograms, physical therapy appointments, scheduled dental/oral surgery (emergencies might be considered), pre-scheduled or follow-up medical appointments with family doctor for yourself or your child.”

The UAW agreed to this policy in the 2019 negotiations, but the above examples of unacceptable absences do not appear in Section M8 of the agreement. However, the UAW remains silent on this brutal attack on workers and their right to the health care they need and their children.

No reference is made to the COVID-19 pandemic, which began in early 2020, barely a month after the December 16, 2019 contract signing date with FCA, Stellantis’ predecessor. The company, with the active complicity of the UAW, has spent three years covering up the extent and deadly consequences of the spread of the coronavirus at its factories. Only due to wildcat strikes by FCA workers in March 2020 who refused to work in conditions where they risked their health and that of their families, production was halted for almost two months until May 2020.

At the time, the company issued public statements declaring that the health and safety of its employees was its “top priority.” Today, in response to Stellantis’ letter, an additional employee shared with the World Socialist Web Site“The company is now saying COVID is over. What do you do if you catch it? According to them, you should come and work sick and infect everyone else.”

An unexcused absence will be treated as an “incident” by management. As such, it is credited to the employee. After four incidents, temporary layoffs will be imposed until seven such incidents occur within a year if resulting in dismissal.

Autoworkers live in unstable living conditions thanks to the steady erosion of working conditions, wages and benefits forced upon them over the decades in collusion with the UAW.

Temporary workers and temporary workers have it even worse. Although they pay dues to the UAW, they start out on the poverty wage of $15.81 an hour, lower than the wage at many fast-food restaurants in the area, and have limited medical benefits and no dental or optical care for themselves or your families. They also have schedules that can change from week to week or even day to day. A doctor’s appointment scheduled months in advance can easily clash with the company’s weekly work schedule. Poverty wages force workers to do two jobs without time to sleep, let alone see a doctor.

Workers at the Warren truck assembly plant near Detroit spoke to WSWS reporters Tuesday about the new attendance policy.

A young helper said: “This policy is inhumane. We are humans, not machines. When a machine breaks down at the factory, they send maintenance personnel to fix it. But if you’re not feeling well, physically or mentally, they say you can’t go to the doctor without points. We’re in there making $100,000 trucks, but they don’t care about us.”

Another worker said, “People have children, they deny them the opportunity to go to the doctor! It’s crazy! They threaten people with points and people are already under mental and physical stress here. We don’t make enough and people here are fucking broke.”

A younger worker commented: “I disagree 100 percent with this policy. We all have lives outside of the factory. Going to the doctor or driving with the child should be part of everyday life. Now they threaten your job if you take care of your health or that of your family.”

Another employee, also an employee, said: “We cannot take days off or we will be fired. I quit another job to come here because they said you’d be hired full-time after two years and that the Wagoneer model here would guarantee our jobs. Now the company’s crappy practices have prompted them to move production of the model to Mexico.” He added, “We have to make changes because the UAW leaders aren’t doing anything for us. We must also come together with the workers in Mexico and Canada, we are all against those above.”

A second-tier full-time worker told the WSWS, “We have a family that deserves good health care and good dental care because these businesses are increasingly benefiting from our work here. Our dental doesn’t even cover half of what it used to be. They sometimes cut it without warning; without us even knowing it was cut.

“Now sometimes when you have a doctor’s appointment for your child or even yourself, they don’t want to apologize. But people use their FMLA [Family and Medical Leave Act] when they have to excuse things. What will happen if more people do this? There goes your attendance policy. And then people can’t get FMLA if they need it later because they’ve already used it. So it’s bad for everyone.”

She added: “Workers are made the scapegoats for problems with their machines, as if it’s their fault the product doesn’t come out right. We will be held responsible for everything. I think it has something to do with the economy. Maybe they think we’re going to keep putting up with it because we can’t afford to stop.”

The brutal attendance policy is definitely related to the economic situation and the Federal Reserve’s drive to hike interest rates and push the economy into recession. With workers increasingly demanding higher wages to keep up with decades of high inflation, the corporations are looking to use mass unemployment to further lower wages and increase exploitation of the working class.

In the run-up to this year’s contract war involving 150,000 workers at GM, Ford and Stellantis, automakers have already begun cutting jobs and threatening to close plants. Stellantis has announced the “indefinite layoff” of 1,350 workers at its Belvidere assembly plant in Illinois, beginning in February, and has axed shifts and cut jobs at a number of plants including Trenton Engine, Warren Truck and Dundee Engine.

In October 2022, Stellantis Chief Manufacturing Officer Arnaud Deboeuf visited the Warren Truck plant and said that unless quality issues and absenteeism improved, management would remove all future product from the plant, which employs more than 5,000 people. Rather than resist the threat, UAW Local 140 officials sided with management and denounced the workers for the “unacceptable” rate of malpractice and absenteeism. UAW bureaucrats then joined in the abolition of the third shift.

One worker who has been at the plant for two years denounced the collusion of the UAW bureaucracy in these attacks, saying, “It’s all about leadership. We must strike and shut down the industry. We cannot accept that. But the UAW allowed all those levels and let the company do what it wants.”

Will Lehman, the Mack Trucks worker and Socialist candidate for UAW president, condemned the company’s new attendance policy. “Stellantis clearly values ​​the profits exploited by workers over the workers who generate them. Company officials point to the deal negotiated with the UAW in 2019, when some of the worst corruption ever known to dues-paying members came to light. The UAW bureaucrats took bribes from Chrysler to sell us, and former Presidents Dennis Williams and Gary Jones stole millions of dollars in union dues from us. They sold us then, and UAW President Ray Curry, International Representative Shawn Fain, and the rest of the UAW bureaucracy are selling us now.

“Autoworkers face the same conditions that railroad workers face with the Hi-Viz attendance policy, which forces them to be on call 24 hours a day. Railroad workers were also sold by union bureaucrats who worked with the Biden administration and Congress to block a strike by 120,000 workers in December and forced them to accept a contract they had rejected.

“Workers need a decent amount of time off to take care of ourselves and our families. But we can’t win the fight against these attendance rules if we’re not organized. That’s why I’m fighting for the expansion of grassroots committees in every factory that will shift power from the corrupt UAW apparatus to the workers in the factories. At the same time, as a socialist, I believe that workers must fight to make medicine profitable and to guarantee the right to free, quality health care for all.”

Make yourself heard! Let us know what the conditions are like at your workplace.