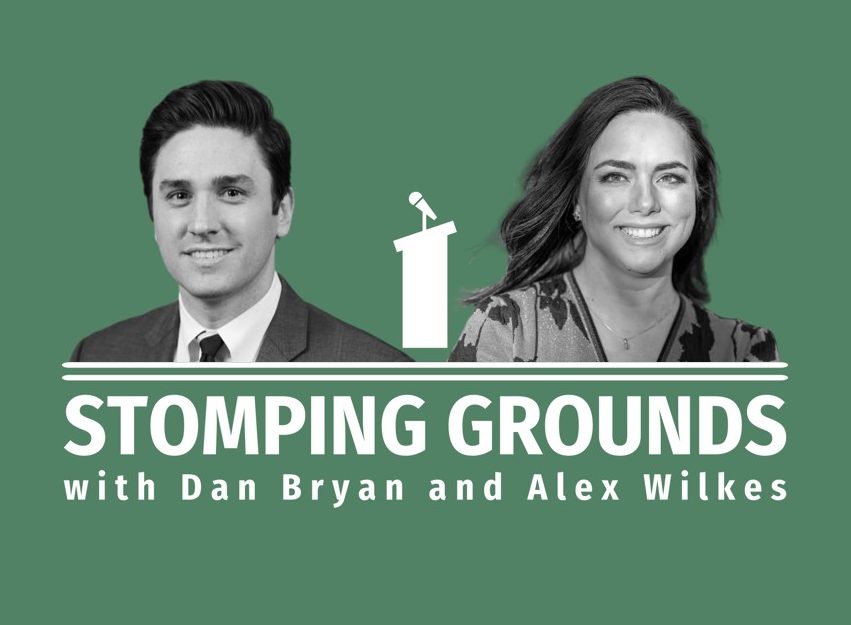 New Jersey residents aren’t always polite, but it’s still possible for a liberal Democrat and conservative Republican to have a sensible and pleasant conversation about state politics. Dan Bryan is a former senior adviser to Governor Phil Murphy and now the owner of his own public affairs firm, and Alex Wilkes is an attorney and former executive director of America Rising PAC, which advises Republican candidates in New Jersey and across the country. Dan and Alex are both seasoned strategists currently in the room where his leveling decisions are made. They meet with New Jersey Globe editor David Wildstein every week to discuss politics and issues.

Gov. Murphy this week announced an external review of New Jersey’s response to the pandemic, due to be completed by the end of 2023. Was it reasonable that this was taking so long? What should the state pay attention to in this review?

Alex: Governor Murphy is reluctant to make that review, knowing his record was utterly miserable.

Just before the midterm elections, Murphy told NJ Advance regarding the long-awaited review, “It will be soon.” Not only did we find out this week that the review hasn’t even started, but we also learned that voters in New Jersey will not have an opportunity to evaluate their results before the 2023 general election.

This is a critical point. After all, it was the legislature that sat on their hands as Murphy kept children out of school and destroyed small businesses. In 2021, voters had their first opportunity to voice their opposition to these policies, and if the dethroning of the Senate president didn’t spook Democrats, the 2023 election certainly should.

Bottom Line: The devastating effects of learning loss and social isolation are now undisputed, and similarly situated states like New Jersey have simply handled it better. Murphy and the Democrats’ “no matter the Constitution” cavalier attitude looks worse by the day.

Dan: While Republicans in the Legislature have been busy criticizing everything Gov. Murphy has done during the COVID-19 onslaught, the governor and his administration have led the way in responding nationally to an unprecedented pandemic and so many New Jerseyers saved lives as much as possible. The decisions he made were based on facts and science, not politics. New Jersey residents supported the governor’s response throughout the pandemic, and they continue to give him high marks for his response today.

For the avoidance of troubling facts, let’s recall that the governor has already conducted an external review of the administration’s handling of the COVID-19 pandemic in nursing homes. That review, the Manatt Report, was sober, nonpolitical, and substantive. Many of his recommendations were adapted by the legislator and quickly implemented.

Is now the right time to deal intensively with the pandemic and how we can better prepare ourselves in the future? Yes it is. And I have no doubt that this review will be just as substantive, nonpolitical, and actionable as the first June 2020 review. But I also have no doubt that New Jersey Republicans will do what they have always done during this pandemic have: criticizing and naming without offering their own content-related vision. Perhaps that’s why they came up empty-handed in 2021, in one of the best election cycles for their party in a generation.

Question: Looking ahead to 2024, is a rematch between Joe Biden and Donald Trump in the best interest of the nation and both major political parties?

Dan: President Biden has turned his underestimation into a successful career. The Democrats have outperformed in the midterms, and the President is as aware of that as he is of underperformance. And on top of that electoral success, he and his government have made enormous political gains. If President Biden runs for re-election, he deserves the full support of his party.

For the sake of our country, our democracy, and the future of the Republican Party, I really hope we don’t see Donald Trump as the Republican nominee for 2024. We’ll soon see if the fever has finally broken.

Alex: Ultimately, it will be the primary voters who decide – and with some bipartisan talk about putting New Jersey on the list – we can have a real say!

On the Republican side, however, there is palpable excitement about some of the up-and-coming players who bring rich experiences and track records to the table. Competitions are good for the party and ultimately good for the country. Count me among those looking forward to it.

I can’t say the same about our friends on the left, who only have some really unfortunate options like Phil Murphy and Gavin Newsom should Biden not run. I wish them the very best as they try to explain to voters in non-coastal states their plans to take away their gas powered vehicles!

Dan: We agree that it would be huge for our state to move New Jersey up the main calendar. But I haven’t heard what New Jersey Republicans are going to do when Donald Trump starts winning primaries again. Will they stand their ground and refuse to support him, or quickly cave in and get behind him like they did in 2016?

Question: Now that we all have the benefit of seeing the midterm election results, has the New Jersey congressional map been tampered with?

Alex: Without doubt. Republicans won 47% of the national vote, and yet only a quarter of the state’s allotted congressional seats will be represented by a Republican.

The whole process was a disgrace. From Sam Wang and the manipulation of data by the (appropriately named) Princeton Gerrymandering Project to the absurd arguments of former Judge Wallace, New Jersey voters have been utterly deserted by these so-called officials.

New Jersey Democrats won three of New Jersey’s four contested congressional districts during these midterms. The GOP has the same problem here as it does nationally: it must play with the hardcore extremists on the right without alienating the moderates.

New Jersey is a blue state, but it’s also a moderate state, and candidates can’t be sweet when discussing health care, reproductive freedom, or Trump’s big lie. The problem New Jersey Republicans will continue to face is that any clear stance on these issues will either infuriate the far right or alienate the moderates.

Question: As two people who are paid to tell government officials and candidates how to deal with the public, how do you see the state of the media in New Jersey and nationally?

Dan: New Jersey has a lot of good journalists who work hard and do great work. Unfortunately, many newsrooms in our state have been eviscerated largely due to corporate greed and a failure to adapt. Regional outlets in New York and Philadelphia are now retrospectively covering our state, if at all. It seems to me that every day there is less media coverage of New Jersey.

But lately we’ve seen promising results in two areas: local digital reporting (sites like my local news source The Village Green and the various TapIntos) and nonprofit journalism (NJ PBS and New Jersey Monitor). There is no question that a more vital media ecosphere would lead to a healthier New Jersey political ecosphere, but we still have a long way to go to get there.

Alex: I live in Bergen County — a place where more people live than some states in this country — and there’s basically one newspaper with not nearly enough resources to cover 70 different communities. A million people, a fraction of the coverage: That basically sums up the state of the media here.

There are many complex reasons why traditional media are struggling both nationally and locally. I’d like to throw in a thought about New Jersey: With convention fanatics, off-year elections, and other incumbent-friendly measures that essentially favor one party, our state is stepping out of the market for hungry reporters eager to make a name for themselves himself. Think of all the reporters who have since switched to the national media after breaking their teeth covering the Christie administration. Now we need the sun more than ever. Perhaps that is the only benefit of a future failed Murphy presidential bid!

That being said, we have some really dedicated journalists and particularly reporters at local media outlets like Patch, Tapinto and the Daily Voice who have done an incredible job shedding light on important issues like Murphy’s controversial curriculum changes and the proliferation of crime and auto thefts.