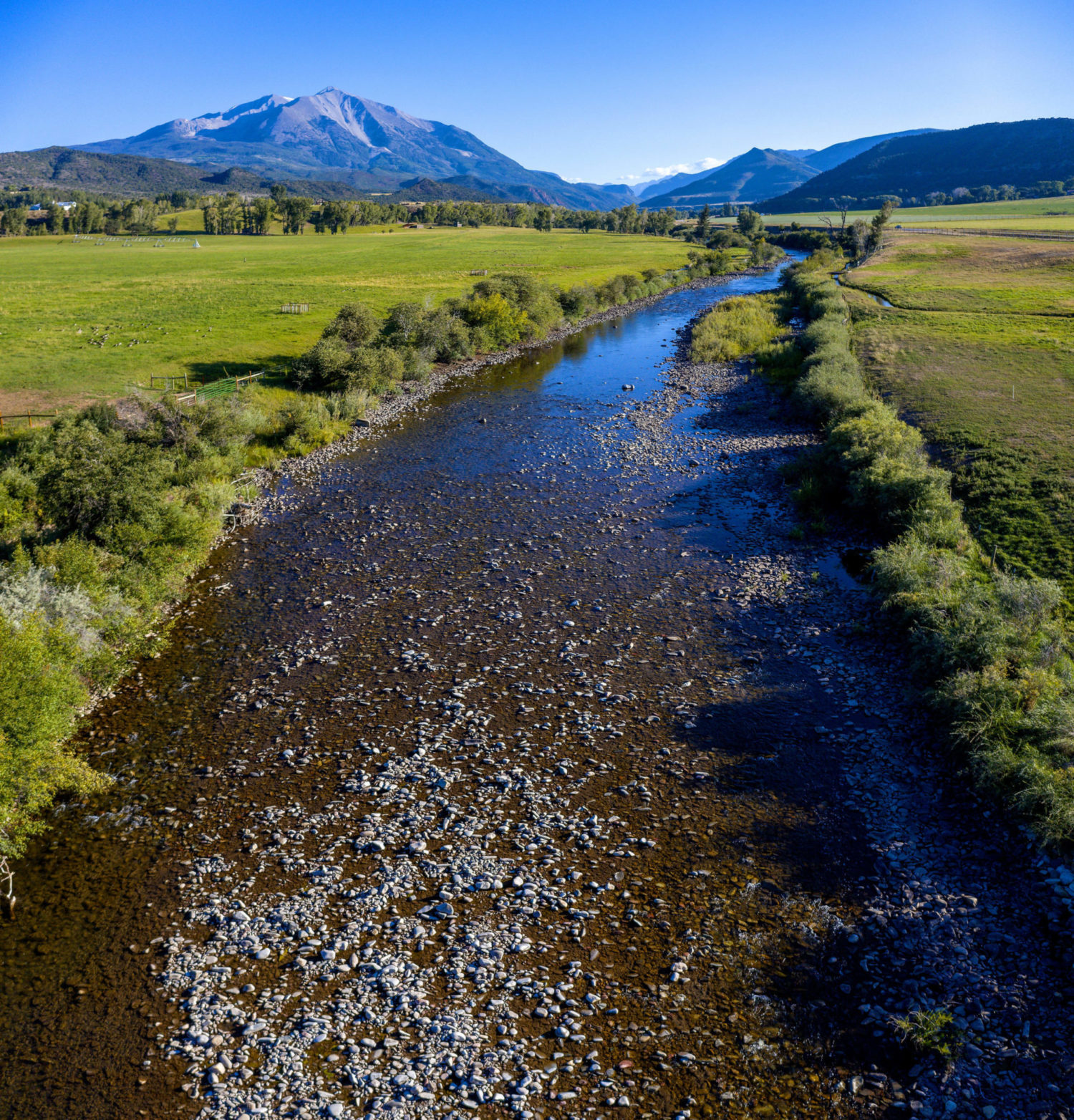 A study of a Crystal River water replacement plan is exploring nature-based solutions, but experts say some form of reservoir will likely also need to be built to address shortages in dry years.

Wendy Ryan, an engineer at Colorado River Engineering leading an analysis of a basinwide backup water supply plan, provided a progress update at this week’s Colorado Basin Roundtable meeting. The study was funded largely by a state grant and was conducted by the Colorado River Water Conservation District and the West Divide Conservancy District.

“We have a couple of landowners near Marble that we are working with to see if we can place stockpiles on their properties,” Ryan responded to a question asking what solutions she had found. “We don’t have shovel-ready projects. We did a lot of work beforehand and now we’re just trying to figure out what we can build.”

During the hot, dry summer of 2018, the Ella Ditch, which draws water from the Crystal River and irrigates hayfields south of Carbondale, called for the first time. This means that the Ella Ditch did not receive the full amount to which it was entitled and the younger water users upstream had to stop abstracting water in order for the Ella Ditch to receive its full amount.

The Ella Ditch has water rights dating back to 1902, and all recent water rights — including those of the City of Carbondale, the Marble Water Company, and several housing developments along the Crystal River — were technically supposed to be under a strict stewardship of the river by the state Department of Water Resources. Under Colorado’s system of water rights, known as prior appropriation, those with the oldest water rights have first use of the river.

Most junior water rights holders have what is called an augmentation plan, which allows them to continue using water during a call by releasing water from a reserve source, such as a nearby reservoir. The problem on the crystal is that some of these residential areas don’t have an expansion plan.

Engineers with Division 5 of the Colorado Division of Water Resources have said that if water users work together to find solutions and develop an expansion plan, they will not turn off indoor water use if the call occurs again. Outdoor irrigation could still be turned off.

The first phase of the study, which River District officials presented to Pitkin County commissioners in June 2021, was a Demand Quantification, which provided figures on the amount of water needed at different times of the year.

Engineers found 90 structures — many of them wells for internal water use — that would draw water from the river system and need to be included in the expansion plan. These structures supply water to 197 households; 80 house connections in marble; about 23 irrigated acres; Beaver Lake and Orlosky Reservoir in Marble; 16,925 square meters of commercial space; and livestock.

In order for these water users to continue to withdraw water during a downstream call from an irrigator, they would need to replace approximately 113 acres of feet annually in the Crystal River. (An acre-foot is the amount of water needed to cover one acre of land to a depth of 1 foot, and can usually meet the annual needs of one or two families.) The amount of additional water that The flow is small – just 0.58 cubic feet per second in July, peak replacement month.

Ryan and River District employees have said they are not considering stockpiling on the Crystal River’s main stem, which could jeopardize a federal Wild & Scenic designation, a long-sought goal by Pitkin County, local environmental groups and some residents. A Wild & Scenic standing would mean that there are no dams or diversions outside the basin.

“We never intended to consider Mainstem storage on the Crystal River,” said Ryan. “We don’t want to do anything to jeopardize this potential designation on the crystal, and what we’re looking at shouldn’t.”

But Pitkin County Commissioner Kelly McNicholas Kury said it was hard to see that upstream storage and a Wild & Scenic designation wouldn’t conflict.

“It worries me to hear engineers say it’s difficult to envision a solution that doesn’t involve storage,” she said. “So this is just a red flag. That has always been a red flag for Pitkin County.”

McNicholas Kury and two other roundtable members voted against funding the study in 2019 unless storage was off the table.

A parallel study conducted by the River District and the American Rivers environmental and recreation advocacy group looks at nature-based solutions. The idea is that by keeping the water higher in the landscape in the basin, aquifers could be recharged and river flow increased in late summer.

“The River District and American Rivers are partners in this effort to investigate whether turning back the clock on past changes that have damaged the Crystal River can help regain some of the lost climate resilience,” he said. “Improving storage in floodplains and wetlands is what we see as an innovative, lower-impact approach to meeting late-season water needs, I believe, than dams or upstream storage.”

Results and recommendations from the nature-based solution analysis are expected by the end of the month. However, Ryan said some sort of storage is still needed as, according to her analysis, nature-based solutions will still not be enough to close the supply-demand gap in dry years.

Aspen Journalism reports on water and rivers in association with The Aspen Times.