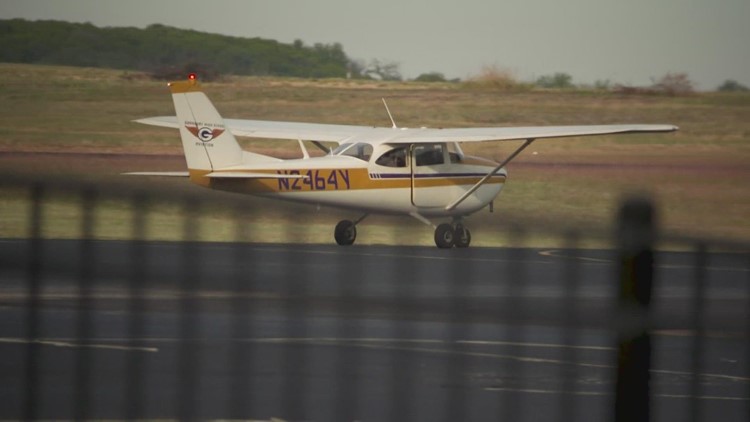 An authorized review that was really helpful to Assistant Superintendent Jimmy Dawson, but the board made no motion Monday night

GRANBURY, Texas – The Granbury ISD board of trustees voted to sell its private plane after a series of WFAA stories that revealed a district manager repeatedly used the plane for private travel.

On Monday, the board voted unanimously to sell the plane, saying prices were higher than expected. The sale comes just two months after the WFAA began reporting abuse of the plane.

A WFAA investigation found that Assistant Superintendent Jimmy Dawson used the plane for household trips on several wildly different holidays or breaks, flying twice as much with his family as with college students. Dawson’s spouse may be a district administrator.

The district spent $42,000 to purchase the aircraft in April 2021 and another $50,000 to replace it to teach aviation students and prepare them to become pilots or higher-skilled aircraft mechanics.

A legal evaluation of this system found that 64 of the aircraft’s 136 flights were student training flights.

“One lesson I learned from this aircraft experience is that GISD must create written policies before programs are commissioned, and particularly when a program involves high value equipment and poses a high risk to the program,” Karen Lowery, a Granbury ISD Trustee.

Miles Bradshaw, the attorney who conducted the county’s assessment of the aircraft, said Dawson did not breach any coverage because there was no coverage for the use of the aircraft prior to the WFAA story.

“They did not violate any specific law or policy,” Bradshaw said when he submitted his report in December. “I use the term ‘grey area’ because it is.”

Bradshaw said Dawson’s actions warranted at least a written warning and training or a written reprimand and training, but the district took no self-discipline action Monday night.

“The law firm that was hired to investigate the aircraft situation was, I think, a clear attempt by the school board to protect itself so that it doesn’t have to hold anyone publicly accountable,” a speaker explained Monday night.

However, an ethically-qualified WFAA spoke about Dawson’s behavior toward a bus driver who used a county school bus for family vacations, saying it undoubtedly violated the state’s ethical code.

“I’m very fortunate that we became aware of the problem with the aircraft before it became a catastrophic incident that would have negatively impacted us for years,” Lowery said.

There was no way Dawson had received written permission to fly the plane. The district has since added brand new coverage for flights, although the aircraft is now listed on the market.

Superintendent Dr. Jeremy Glenn declined to answer questions at the December board meeting when it received the report on the plane, and on Monday a district spokesman again said Glenn would not answer questions.

At Monday’s meeting, Lowery pointed out flaws in Bradshaw’s report and also said the $100,000 sum insured would not obscure the true price and risk of a fall.

“Basically, this tells our students, families and the community that GISD accepts the risk that the plane poses because the most we can lose, according to insurance, is $100,000,” Lowery said. “Every time this plane took off and landed, there was a risk of an accident and liability for the district.”

Bradshaw’s report and presentation in December directed the district to consider continuing to proudly own the aircraft and that the lack of insurance policies was an issue.

“Should the school district have had stricter controls which, if complied with, would have prevented the perceived appearance of impropriety?” wrote Bradshaw. “It’s reasonable to answer ‘yes’.”