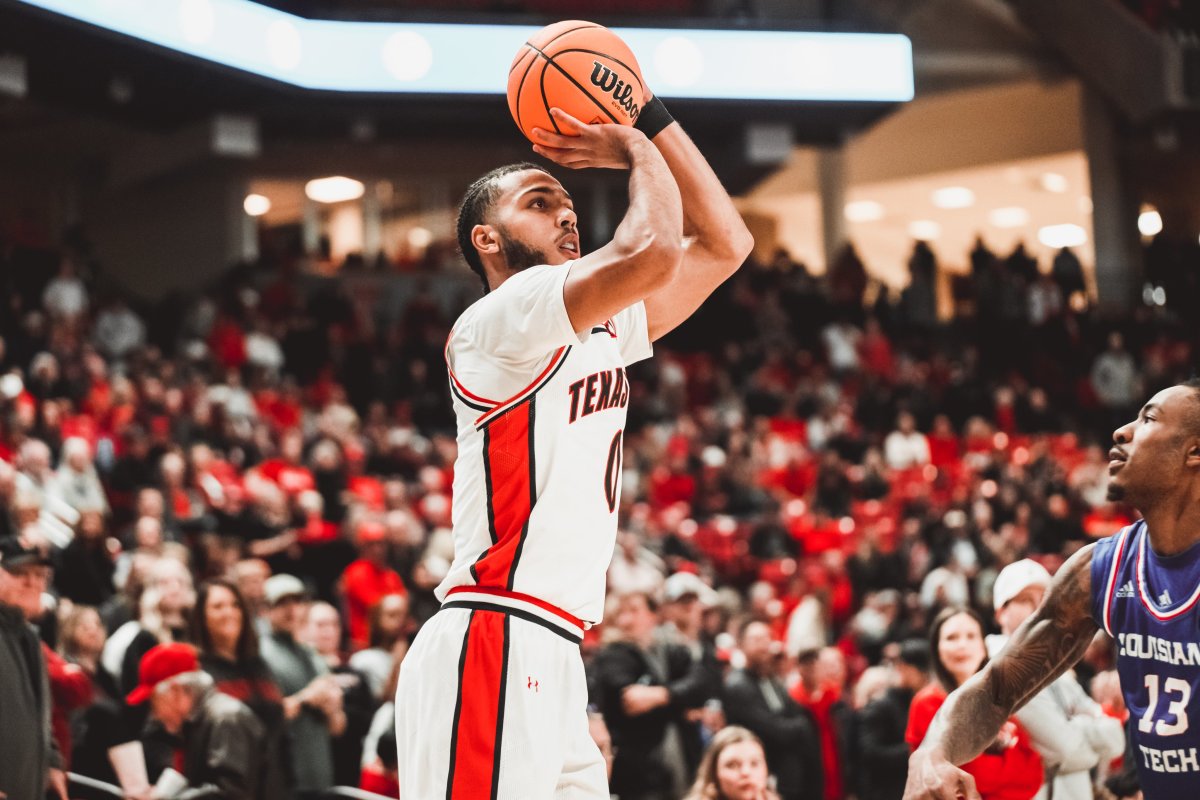 Texas Tech’s 79-65 win over Georgetown was significant because it helped the Big 12 level the BIG EAST Battle with two wins each, along with TCU’s win over Providence.

But for the Red Raiders (5-2), the win means a carryover into December in what, believe it or not, will be a critical stretch for Texas Tech and frankly the rest of the Big 12.

That sounds a bit exaggerated when you consider the Red Raiders’ opponents – Nicholls State, Eastern Washington, Jackson State, Houston Christian and South Carolina State. This list of mid- and low-major opponents carries the Red Raiders into their Big 12 opener against TCU on New Year’s Eve.

If all goes well, the Red Raiders will be 10-2. This number has meaning when playing in the Big 12. If you’re looking to play in the postseason — whether it’s the NCAA tournament or the NIT — getting at least that number before the conference starts goes a long way.

The more non-conference wins you have before starting league play, the more room for error you have. It gives you an 18-game lead in college basketball’s toughest conference.

And history confirms that.

I’ve looked at the last four Big 12 seasons that have not been affected in any way by COVID-19 – the 2016-2019 three seasons and the 2021-22 season. I eliminated the 2019-20 season because there was no postseason, and 2020-21 because most Big 12 teams didn’t play a full non-conference schedule for November and December, which is typically 12 games. I wanted to see if there was a correlation between achieving double-digit wins before the start of Big 12 games and reaching the postseason.

That lead proved crucial for these teams as the next critical benchmark is 20 wins of the season.

Any Big 12 team that won 20 or more games over those four seasons advanced to the NCAA tournament or the NIT.

The math is simple – win 10, 11 or 12 games in November and December and you only need to win 8, 9 or 10 games in the Big 12. Why is that important? Because the Big 12 is an absolute gauntlet run, and there’s no number more telling than the number of losses the conference regular-season champion has suffered over those four seasons:

Kansas and Baylor with four each last season;

So each of these December games is important for Tech. Last year, the Red Raiders lost six Big 12 games and finished 3rd in the NCAA tournament, in part because they went 10-2 in November and December.

Also, in those four seasons, teams that failed to win 10 or more games before Big 12 play began suffered. There were 11 of them. Only three made it to the NCAA tournament and one to the NIT.

The numbers — and the story — are there so Texas Tech can get back into the postseason as long as they hold up and continue to be the team we think they are.

But two teams in this four-year sample proved they were NOT what we thought they would go into the Big 12 game.

One of them was West Virginia last season. The Mountaineers started 11-1 and finished 4-14 in Big 12 play and finished the season 16-17.

Numbers and history don’t lie. Those next five games are important, and not just because the Red Raiders still have work to do.

Want the latest breaking news and inside information about the Red Raiders? Check out the latest tech news from Texas here