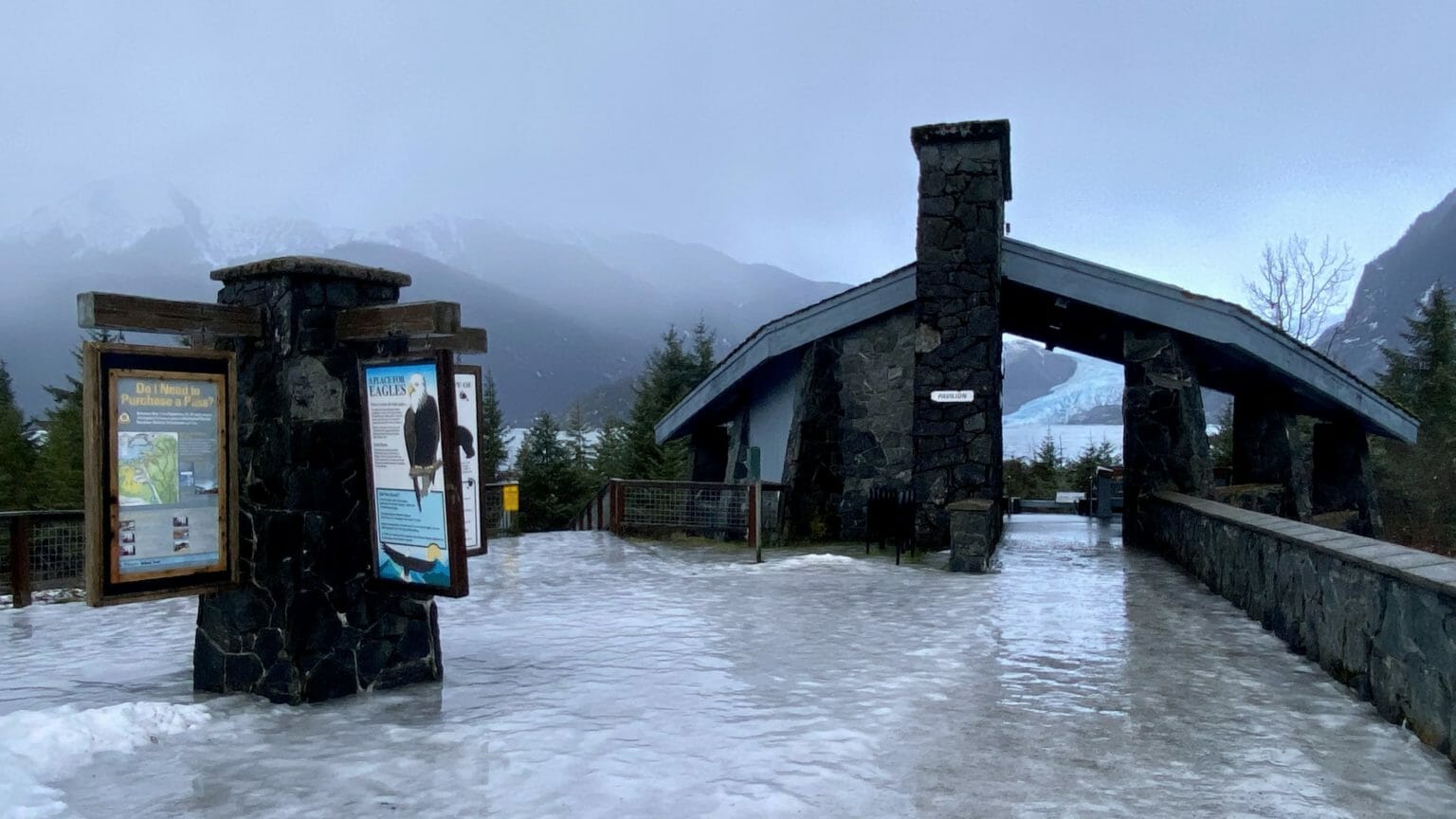 Mendenhall Glacier is one of Alaska’s most visited tourist attractions in the summer. But on a foggy, drizzly January day, it was quiet save for the sound of Laurie Craig’s ice cream rush.

She stood in the gazebo at the edge of the parking lot, pointing past a patch of hemlock and spruce toward Nugget Falls. As the senior naturalist at the visitor center, Craig saw hundreds of thousands of tourists pass by here. Now she is retired.

“This waterfall is impressive for people. You can stand still in the fog. And they’re excited. There are goats that you can see up on the mountainside and there are bears that run along hidden in the trees,” Craig said. “How do we preserve this magic? While we house a million people?”

The US Forest Service is asking people to help them resolve this dilemma by February 21 during the third public comment period for the Mendenhall Improvement Project.

Approximately 700,000 visitors passed through the Mendenhall Glacier Recreation Area in 2017 – more people than current visitor facilities could accommodate. Since 2019, the forest service has been working on plans to upgrade the recreation area.

“We really tried not only to solicit these public comments, but to include them in our alternatives,” he said.

There are also four existing plans from earlier stages of the planning process. While the new alternatives work to address some of the public comments, all seven plans remain on the table.

The new alternatives mainly address public concerns about the placement and design of new buildings, the presence of motorized boats on Mendenhall Lake, and measures to protect local wildlife habitats.

The new plans offer three different visions for the new visitor center. Previous plans called for a new welcome center to replace the pavilion on the edge of Mendenhall Lake. This raised concerns about blocking the existing panoramic view. New alternatives preserve the view by moving the new welcome center – either by replacing the existing visitor center or by making two separate buildings on the lake.

Perhaps most importantly, Alternative 6 is the only one that docks motorized boats on Mendenhall Lake. During the last public comment period, the presence of boats has raised concerns about visitor safety, emissions, disturbance to wildlife and broader concerns about commercialization.

But despite all these plans, Craig is worried about the bears. She worries that upgrading hiking trails will break up habitats and increase potential human encounters. Still, she says the new alternatives address many of her earlier concerns, and she hopes people will continue to share their opinions this time around.

“People get very tired of coming back and doing the same thing over and over again. I was there,” she said. “Most importantly, the last time we commented and said we wanted something different, the Forest Service listened and offered us something new to consider,” she said.

Comments can be submitted online, by fax, by mail or in person until February 21st.