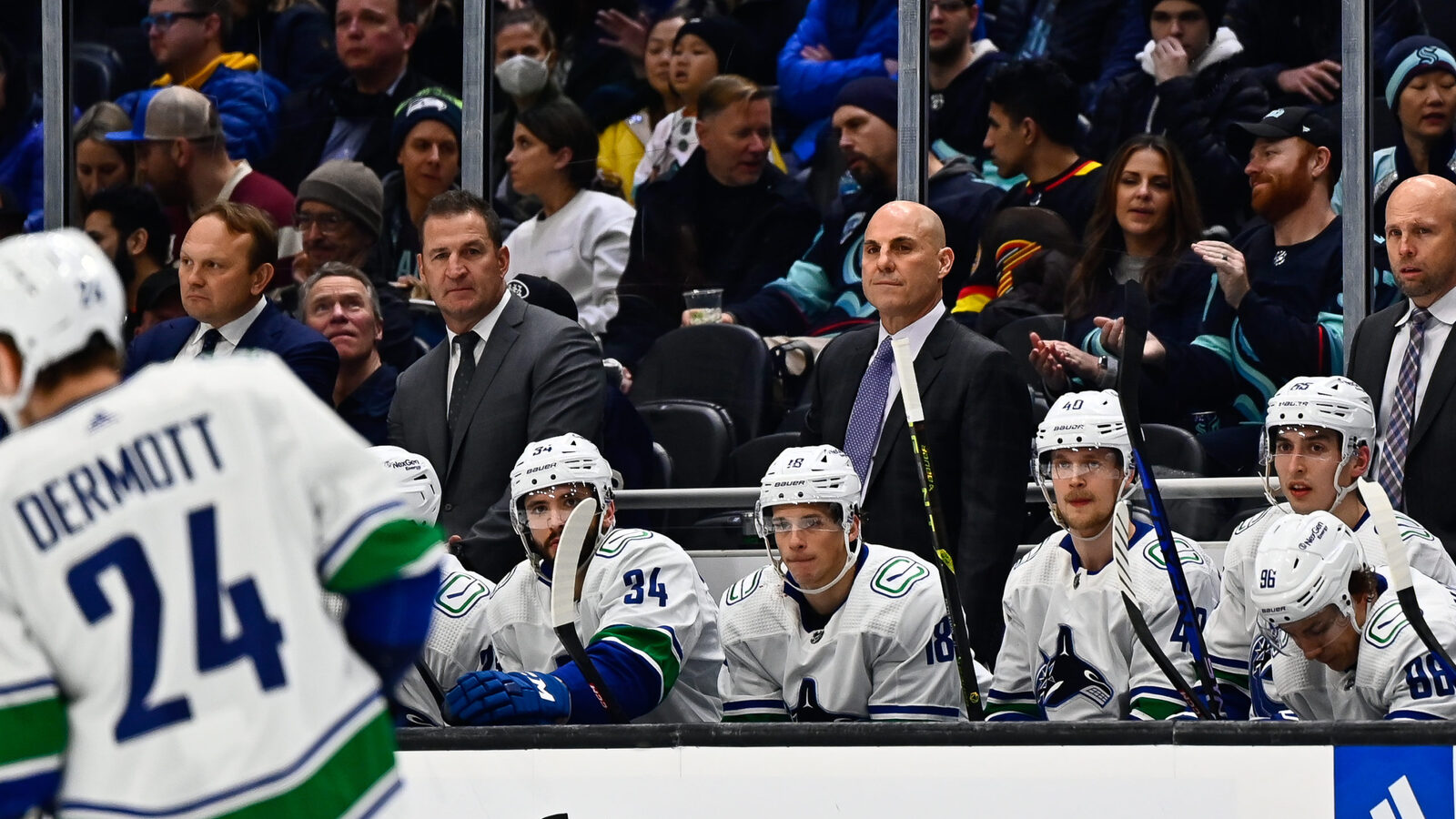 There’s an episode of It’s Always Sunny in Philadelphia that’s simply called “Charlie Work.” In it, the episode shows how the backbone of the gang is the lowly Charlie Day, someone who is often the butt of all jokes. But without him, as the episode points out, surely everything would fall apart. He does the dirty work, he sees what needs to be done to save his friends from themselves. He’ll never get the credit he deserves for keeping things on track, but he always pulls a plug to make sure all the scams the gang are trying to pull don’t get in their way.

Watching the Seattle Kraken absolutely take down the Canucks 6-1 in the worst defensive game of the season, it’s clear the Canucks no longer have their “Charlie.” All the plans, all the conversions, all the plans, there aren’t enough people to keep things in check to keep things running smoothly. With each passing season, the team feels further and further removed from the franchise that once led the league in innovation. Gone are the sleep doctors and in their place are mid-season presses, where old men rant about speculation. Gone is the high-end roster that threatened to break decades-old league scoring records, and in its place is a team seemingly assembled based on an old copy of McKeen’s 2010 scouting.

Gone is the owner who once saw the team get down to one Stanley Cup game in 2011, and in his place is, oh wait, no forget it, it’s still the same.

It felt like Wednesday night was a new low for this Vancouver based team, which is hard to understand given how many rakes we’ve hit with Sideshow Bob so far. There’s no need to speculate, Wednesday night was the Vancouver Canucks’ worst defensive game of the year. Endless scenes of the team shrinking in their own zone, a five-man unit turning and watching a man with the puck and offering symbolic resistance as even they looked impatient at how long it took Seattle to score.

The icing on the cake? A sneering “Bruce, there it is!” chants erupted from fans of hometown Kraken, a well-played troll job in what may actually have planted the first seeds of a rivalry between the two franchises.

Of course, the Canucks would have to be a good team for that to happen. There’s a reason you never talk about the amazing rivalry between the 2008 Detroit Lions and anyone.

We’re at a point now where we shouldn’t be asking, “Will the Canucks find a way to sign Bo Horvat?” but rather, “Would Bo Horvat ever want to stay here?”

Because without winning, nothing counts. All the great wins, all the great goals, none of that matters when a team sinks into mediocrity. Elias Pettersson could have a six-point game to end the season and it would just be an outlier on the Canucks fandom’s radar. Compare that to Jeff Tambellini’s backcheck in 2011, which will forever live on as the greatest backcheck in Vancouver Canucks history, also known as the most confusing thing JT Miller has ever seen in his life.

The point is, hockey hasn’t counted an iota in Vancouver for almost a decade. Sure, there was a bubble run, and we all got to watch Micheal Ferland plant a brainworm in Jim Benning’s head when he was knocked out by the Flames in 2015, but other than that, nothing really matters. When every season is a loss, all the highlights, all the memories, they don’t add up too much. You have no inheritance. They just disappear in the wind, flickering at the edges of your memory like Faber’s turtleneck and necklace at the edge of a media scrum.

Since I need money for rent, I’m writing the article tonight, but I have to warn you: it’s a lot of “wtf are we even doing here?” and then throwing up my hands in disgust in the hope that you’ll find this noise you hear while reading.

It wasn’t a good game. The Canucks didn’t play well. I almost left CanucksArmy four times during the game.

The only good thing, literally, is the fact that it helped the Canucks in the Connor Bedard Tourney.

Now that I’ve pumped you up and got you super excited about this roundup, let’s get down to business!