The smart ones among us might suggest we get more data points before drawing this conclusion, but on a night in new defensive coordinator Jim Noel’s first game in the Ohio State press box, it certainly looked like in this way.

Ohio State’s 21-10 victory over fifth-ranked Notre Dame didn’t produce the offensive fireworks many expected. In fact, the 21 points was the Buckeyes’ fewest win since a 17-16 win over Michigan State in 2016, but defense. Man, that defense.

Notre Dame quarterback Tyler Buchner hit Lorenzo Styles for 51 yards to start the game and set up a shot for Ireland’s quick 3-0 lead. Buchner then completed the next seven passes with an 8/8 start and finished the first half at 8/10 as Notre Dame led the locker room 10-7.

Then Ohio’s defense got to work.

Meanwhile, CJ Stroud finished in 11 of his last 12 attempts.

The Irish were forced to play as the defense bottled in Notre Dame’s game (2.5 yards per night, just 23 in the second half) and Buchner struggled to find time or a catcher after Ohio State’s defense settled. Their last six games.

After scoring 10 points in its first four games, Notre Dame averaged 4.7 appearances for 19.3 yards per drive from the middle of the second quarter until the final whistle.

However, Notre Dame punter Jon Salter did have a rough night, repeatedly turning the Irish’s poor floor position into that of the Buckeyes. Considering his 26- and 35-yard punts, Saturday night’s average was still 46.2 yards and 75 long balls. Perfect for this young man to celebrate the 20th anniversary of the 2002 National Championship Jim Tressel at home.

It is primarily powered by Miyan Williams.

The third-year running back from Cincinnati had seven dribbles for 49 yards and from two people Played the Under-5 game at 21-10. “Chop” also had a 12-yard catch on Ohio State’s 24th and 3rd to keep the offensive round moving.

Start with your own five and land in your opponent’s end zone. These types of drives make the coaching staff happy. 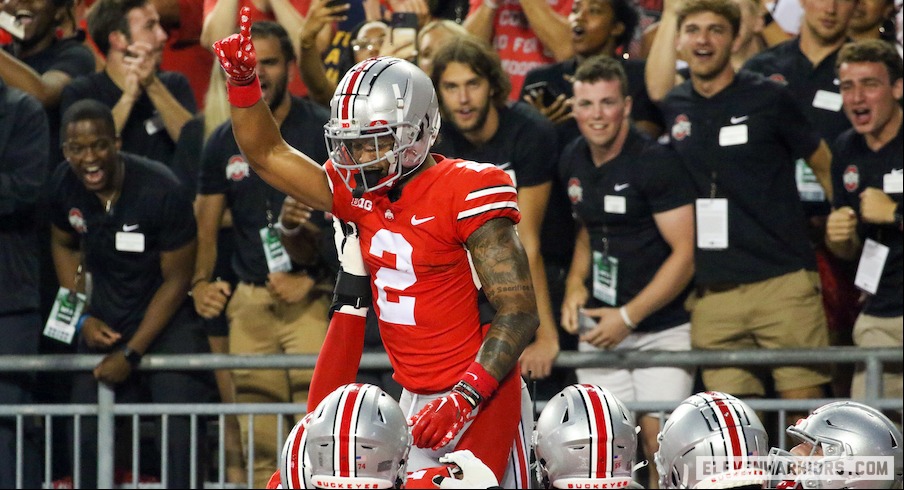