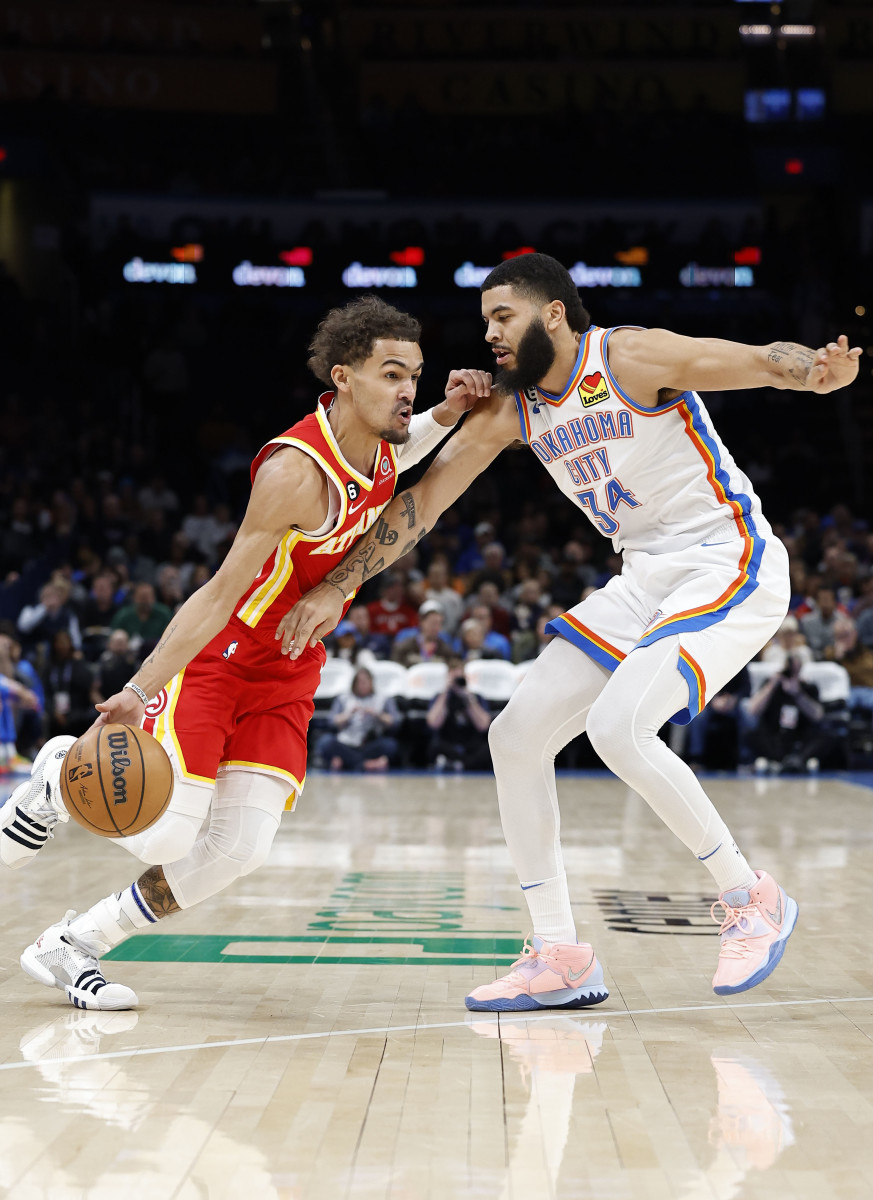 After their thrilling win over the Denver Nuggets on Sunday night, the Oklahoma City Thunder were defeated by the Atlanta Hawks 137-132 on Wednesday night at the Paycom Center, lowering OKC’s record to 23-25.

The Thunder were led, as usual, by fifth-year guard Shai Gilgeous-Alexander, who finished the contest with 36 points, seven assists, five rebounds, two steals and two blocks. For the Hawks, Norman Trae Young had 33 points and 11 assists.

OKC and Atlanta went back and forth in the opening image. The Thunder built a 22-15 lead midway through the first quarter, but the Hawks quickly rebounded and cut Oklahoma City’s lead to two after an inside bucket from John Collins.

On the next possession, sniper Isaiah Joe knocked down a three-pointer from the corner after falling earlier in the game. Joe’s decisive shot started a 7-0 run for OKC that gave the Thunder a 43-39 second-half lead.

After a Dieng triple early in the second quarter, Oklahoma City’s lead was seven again. Once again, however, the Hawks found their way back into the game.

All-Star guard Dejounte Murray hit consecutive middle-range shots to give Atlanta a 52-50 advantage. A few possessions later, Joe, Young and Aaron Wiggins nailed back-to-back triples that would set OKC back by one.

Neither offense let up in the final minutes of the first half, and after three consecutive “and-one” layups and a Gilgeous-Alexander technical free throw, the Thunder held a 77-75 lead with three seconds remaining in the second quarter . With 0.1 seconds on the clock, Young was fouled and would bring the game to the break with 77 points.

At halftime, the Oklahoma City star had a whopping 26 points, walking 9-of-11 from the field and 7-of-7 from the charity strip.

Early in the third quarter, a layup by Murray gave Atlanta the lead, but OKC reclaimed the lead after a 7-1 run that included a Gilgeous-Alexander transition dunk and a Lu Dort triple. Once again, the Hawks fought back and tied the game at 87.

After exchanging punches for a few moments, the Hawks went on a 10-2 run that gave Atlanta a 102-99 lead. Experienced big man Mike Muscala leveled the game with a 3-pointer, but the Hawks continued to roll offensively and built a 109-104 lead to end the third third.

Atlanta’s lead grew to 15 early in the fourth quarter, and with Gilgeous-Alexander resting on the bench, the Thunder had no answer to the Hawks’ offensive move. After a timeout by Mark Daigneault, a triple by Wiggins, two layups by Josh Giddey, and a transition dunk by Jalen Williams, Oklahoma City came within six, resulting in a timeout by Atlanta.

The Hawks scored five quick points after the timeout and extended their lead back to double digits. OKC started another 7-0 run and brought the Thunder back within six minutes with three minutes left.

At the last moment, OKC was seven down, but after two quick buckets and a steal and slam dunk from Jalen Williams, the Thunder were within one with just 15 seconds left.

However, Oklahoma City failed to complete the comeback, falling 137-132.

The Thunder will return to action Friday at 7:00 p.m. CT in OKC against the Cleveland Cavaliers.