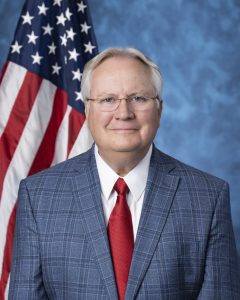 On the first day of Biden’s presidency, he went to war with American energy. As a result, we’ve all paid more at the pump over the past two years. The government has pointed the finger at everyone else – even blaming Vladimir Putin – for higher gas prices, even though gas prices had been skyrocketing months before Russia invaded Ukraine. The rise in energy costs is a direct result of the Biden administration’s terrible policies, despite what they are trying to say to the American people.
The rise in fuel prices began as soon as the Biden administration canceled oil and gas lease sales and did everything it could to cripple our domestic producers. Under the Trump administration, we’ve had regular oil and gas lease sales on federal land in the Gulf of Mexico and off the coast of Alaska. These five-year lease plans allowed producers to plan and work years in advance to meet America’s energy needs. The Biden administration phased out those plans without offering plans for new lease sales. The courts have lifted this moratorium, but the government has done everything in its power to circumvent it.
That’s why I introduced the Unleashing American Energy Act in early 2021, which would require at least two oil and gas lease sales per year in the Gulf of Mexico and the Alaskan outer continental shelf region and would prohibit future moratoria or delays in oil and gas leasing. Democrats have refused to allow a vote on this bill for nearly two years, but I just reintroduced the bill and am confident it will be a high priority in our new Republican majority.
President Trump has worked hard to increase America’s energy production, and for the first time in years, America has become energy independent, rather than energy dependent, during his tenure. Not only did this bring well-paid American jobs, it also made America increasingly safe. America has the resources and infrastructure to meet our utility needs and provide clean energy worldwide, so I oppose President Biden’s war on American energy production.
The American people have suffered long enough under this administration’s disastrous energy policies. Skyrocketing gas prices have cost the typical American household thousands of extra dollars since Biden took office. Enough is enough. Let’s unleash our natural resources, ease the burden on hardworking families, and finally put America first.