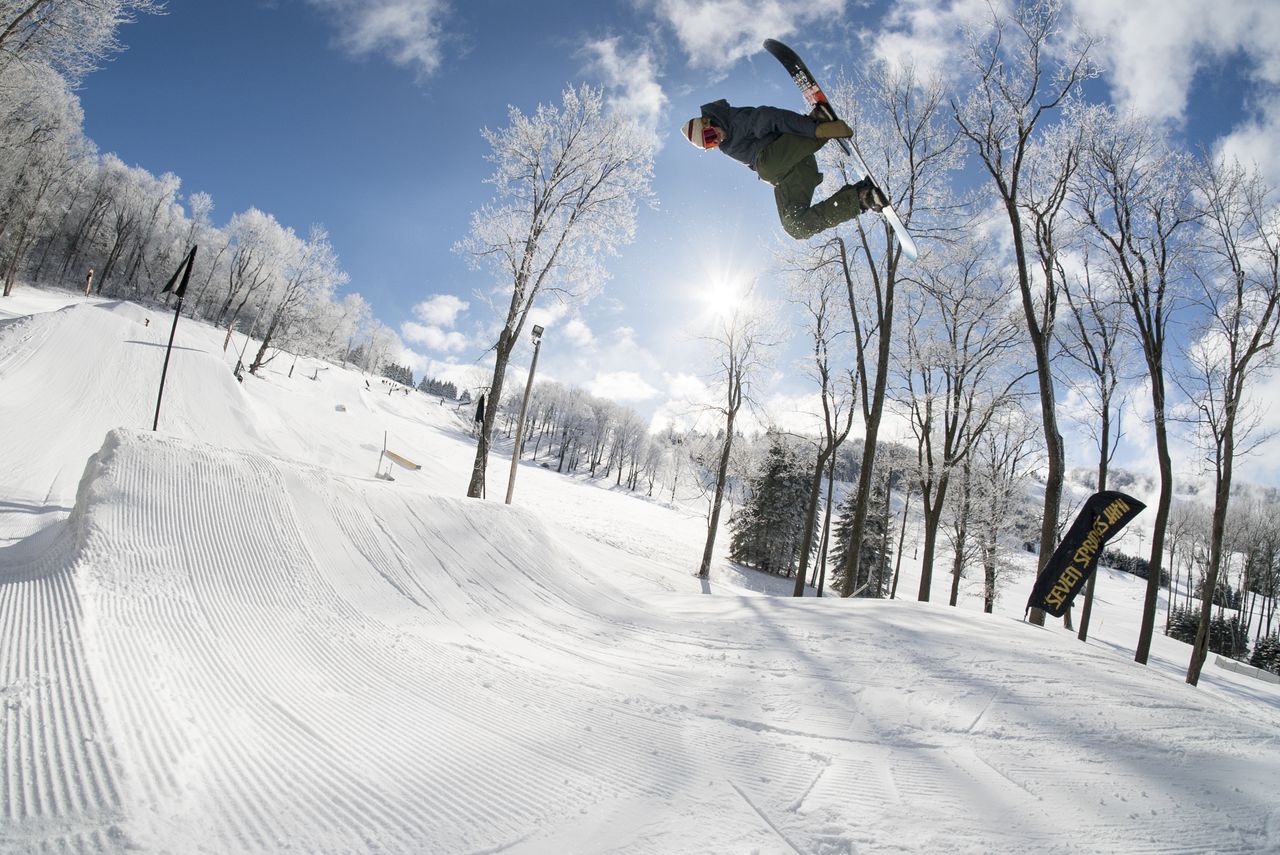 Most season pass holders at Ohio’s four Vail parks can also use their passes to ski at Seven Springs and several other Pennsylvania resorts.

Seven Springs’ new general manager, Brett Cook, said the park will be ready for the Ohio rush with a fully staffed resort.

“The guest experience will be significantly improved,” Cook promised.

Last year, like many ski resorts, Seven Springs struggled to find staff, resulting in restaurants and lodging options not being fully open throughout the season.

Cook, the former general manager of Roundtop Mountain Resort near Harrisonburg, said he heard a lot of constructive criticism when he started in February.

He promises that this year will be better.

Vail bought the popular Pennsylvania resort in late December, but since the sale ended in the middle of ski season, the previous owners — the Pittsburgh Nutting family, who also own the Pittsburgh Pirates — continued to operate the park through the winter.

This ski season, the park will be fully integrated into the Vail system.

Whether that’s good or bad might depend on who you ask.

Vail — which also owns Brandywine, Boston Mills and Alpine Valley in northeast Ohio — has had a rough year this past ski season, receiving a spate of negative publicity for its inability to fully operate many of its parks across the country. In Ohio, for example, park hours were limited, resulting in long lines for the lifts when the parks were open.

Vail has promised to do better this year, increasing his starting salary to $20 an hour statewide.

Cook said Seven Springs, which opened for the season on Nov. 25, will be full this year.

“We probably have ten times more housekeeping and housing staff than this time last year,” he said.

Among those planning the trip: longtime snowboarder Jake Campbell, general manager of Brandywine, Boston Mills and Alpine Valley. “It’s only a couple of hours’ drive away,” he said. “I’ll definitely find myself up there.”

Open since the mid-1930s, Seven Springs is one of the oldest ski resorts in the country, founded by German immigrants Adolph and Helen Dupre. The couple bought 2.5 acres in 1932 and named it Seven Springs Farm because of the natural springs on the property. Not long after, the Dupres opened up their land to local skiers, building a tow rope powered by a Packard car engine.

The resort took off and over the years chairlifts, night skiing and accommodations were added.

Today it is a veritable winter playground with 33 slopes and cross-country ski runs spread over 285 hectares. In addition to skiing and snowboarding, there is snow tubing, indoor mini golf, bowling, ax throwing and more. (Note: Snowmobile and snowshoe tours previously offered by Seven Springs are now available through Highlands Sporting Clays at the top of the mountain.)

Cook said each of the three resorts has its own personality — Hidden Valley is the most relaxed and family-friendly; Laurel Mountain is small but mighty, with the steepest terrain in Pennsylvania; and Seven Springs is the one-stop shop for dining, lodging, and entertainment, all available ski-in/ski-out.

“And the Foggy Goggle scene in winter is hard to beat,” he said, referring to the indoor-outdoor bar at the base of Seven Springs mountain that’s always hopping.

A short-term capital to-do list includes replacing roofs and upgrading heating and cooling systems in all properties. Cook also wants to expand the entertainment options for the youngest visitors to Seven Springs.

Like other Vail resorts, Seven Springs will limit the number of lift tickets sold each day this season to avoid overcrowding. Cook said he only expects a handful of days to sell out.

“Guests shouldn’t have a problem most days,” he said.

He added: “With every acquisition there is a fear of the unknown. Everything you came to know and enjoy about Seven Springs is still here. And we will do even better.”