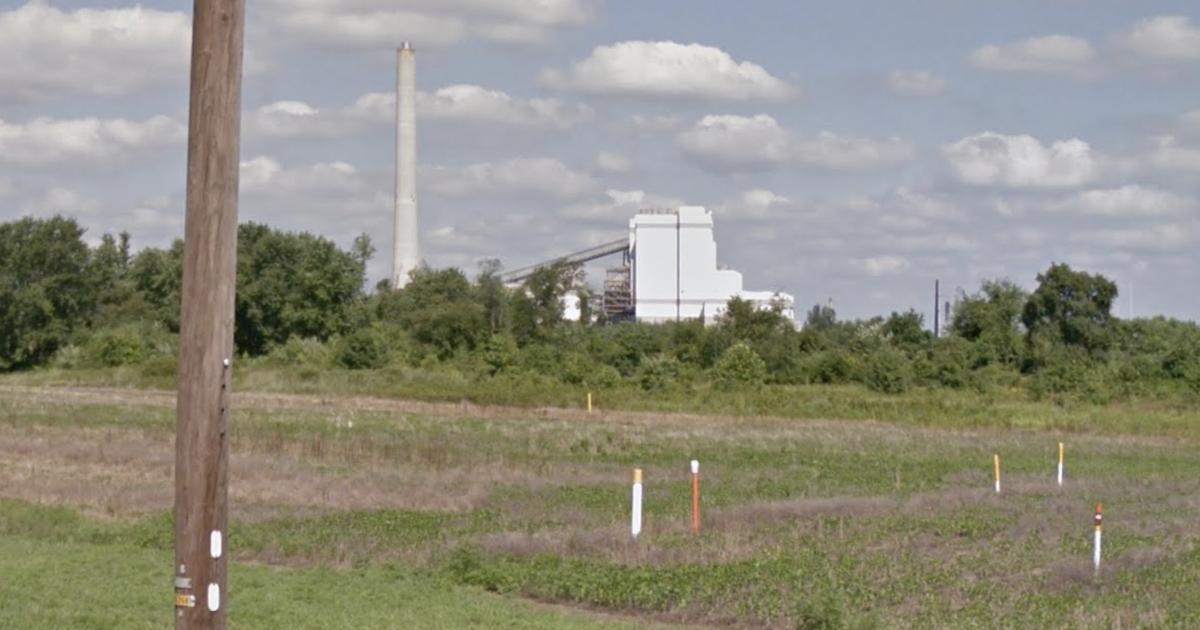 The former Logan Power Plant, one of New Jersey’s last two coal-fired power plants, was demolished Friday morning in Swedesboro after nearly 30 years of operation at the site overlooking the Delaware River in Gloucester County.

The 225-megawatt unit was shut down in the spring after the New Jersey Board of Public Utilities approved a petition by Atlantic City Electric, which amended the purchase agreements between the utility and Logan Generating Station in the spring.

The implosion took place at 11 a.m. and brought down the plant’s 430-foot-tall smokestack and 190-foot-tall boiler. The facility was built in 1994.

Video of the implosion can be viewed below (structures come down around the 40 second mark and another angle can be viewed on YouTube).

The coal-fired power plant was one of two that Starwood Energy agreed to close in March, along with the Chambers combined heat and power plant at Carney’s Point.

“The days of coal barges floating up the Delaware — and the coal pollution from one of the last coal-fired power plants in the state — are now officially over,” said Dough O’Malley, director of Environment New Jersey. “The death of coal-fired power plants is a welcome sign of the times for South Jersey – it’s time to remove fossil-fuel dinosaurs from our electrical sectors. The climate and air pollution were real nuisances to South Jersey and contributed to Gloucester County’s poor air quality.”

The agreement to close the Logan Generating Station and Chambers Cogeneration Power Plant is expected to save New Jersey taxpayers an estimated $30 million over the next two years.

Starwood Energy plans to convert the Swedesboro site into a clean energy facility, though details of future plans were not disclosed ahead of Friday morning’s implosion.

New Jersey has made an aggressive push to move away from fossil fuel plants in favor of renewable energy sources. Gov. Phil Murphy has set New Jersey a goal of 100% clean energy by 2050, including an offshore wind target of 7,500 megawatts by 2035 and 11,000 megawatts by 2040.

Last year, NJBPU approved the nation’s largest combined offshore wind project, Atlantic Shores and Ocean Wind II, awarding the initiative a total capacity of 2,658 megawatts offshore the state. The projects are part of a broader national initiative to ramp up wind energy projects, some of which have met with opposition from coastal communities, including towns along the Jersey Shore.

Clean energy advocates have identified wind power as an essential part of the national effort to combat the effects of climate change.

“We have a unique opportunity to establish New Jersey as the epicenter of a new industry that will provide tens of thousands of jobs and billions of dollars in economic benefits when we need them most,” NJBPU President Joseph L. Fiordaliso said last week June. “Under Governor Murphy’s leadership, we have made significant progress toward our goal of 7,500 MW of offshore wind power by 2035 and will continue to fight for a clean energy future that benefits all residents of New Jersey, improves public health, mitigates climate change and our economy strengthens sustainable, well-paid jobs.”