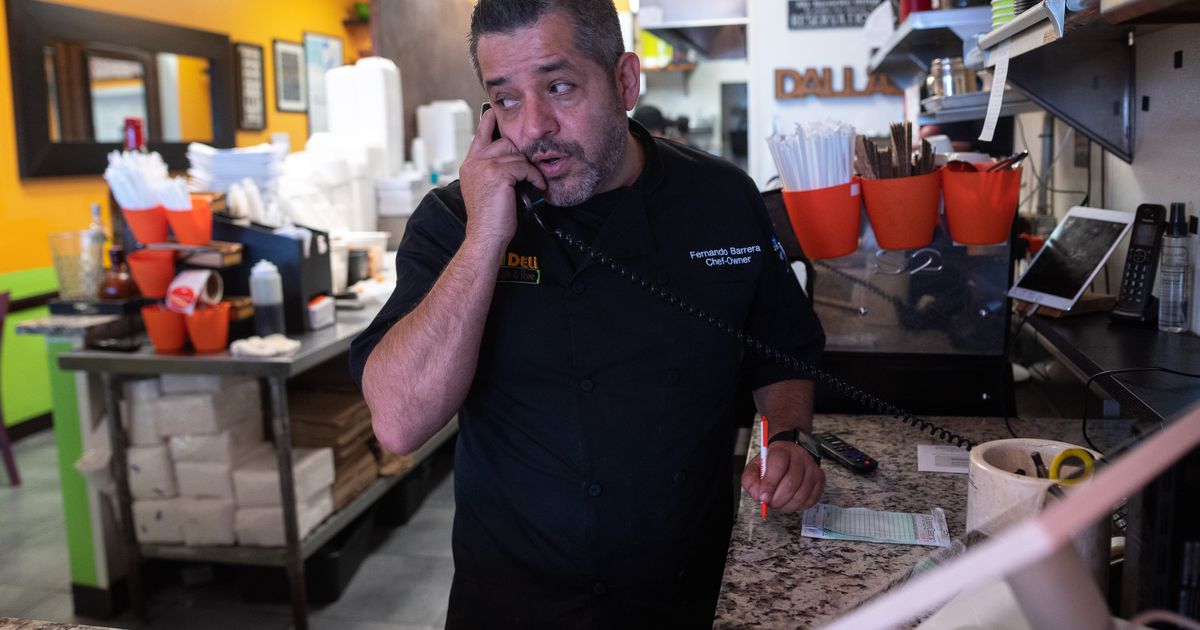 A recent report by The Concilio, a Dallas-based nonprofit that advocates for Latinos, validated the economic potential of our nation’s Hispanic population, but revealed some worrying statistics. Although Hispanic businesses are formed in large numbers, they are not growing steadily.

Most worryingly, 29% of small businesses in Texas were Hispanic-owned in 2018, but only 7.6% of Dallas businesses were owned by Hispanics, according to The Concilio’s State of Latinos report. The percentage of Hispanic-owned businesses in Dallas grew less than 0.2% between 2014 and 2018. Analysts don’t know how to explain these numbers.

Still, the Hispanic potential is amazing: Between 2012 and 2018, the number of Hispanic businesses in the US increased by 40% compared to 18% of all American businesses.

And while companies overall declined in the years following the Great Recession, Latino-owned companies rose 47% between 2007 and 2012.

Concilio President Florencia Velasco said small Latin American businesses have become the backbone of the US economic recovery. “It’s a narrative that we don’t really hear and that was very important,” she told us. “Without that growth, our unemployment rate and recession would have been tougher.”

However, this economic drive is not sustainable. According to the report, the average white-owned business hits the $1 million sales threshold within five years. For a Hispanic company, that milestone takes another five or six years.

Officials at The Concilio say more research is needed to assess why this growth is lagging and they expect to issue an updated report next year. However, there is evidence that poor access to credit is one of the reasons Hispanic businesses have had limited growth.

And in Dallas, during the height of the COVID-19 crisis, very few Latino-owned businesses benefited from the Small Business Continuity Fund, a local federal dollar management program. Of 340 Latin American companies that applied for the fund, only 76 received the loans, our sister publication reports Al Dia in 2021.

Focus groups led by The Concilio in Dallas revealed that applying for credit remains an intimidating process for many people, particularly those with small businesses run by families with limited English skills.

The reality is that Latino entrepreneurs often rely on their personal savings to start a business, and financing is often not available on acceptable terms. Banks are missing out on this potential by not doing enough publicity to inform prospective or existing entrepreneurs about available programs and by failing to proactively break down barriers like the language barrier.

A study by McKinsey & Company, a business consulting firm, argues that removing these barriers can further unleash Latino entrepreneurship and create millions of jobs. A key conclusion of this study: Latinos start more businesses per capita than any other racial or ethnic group. Our cities must use this economic engine.

We look forward to your thoughts in a letter to the editor. See the guidelines and Submit your letter here.