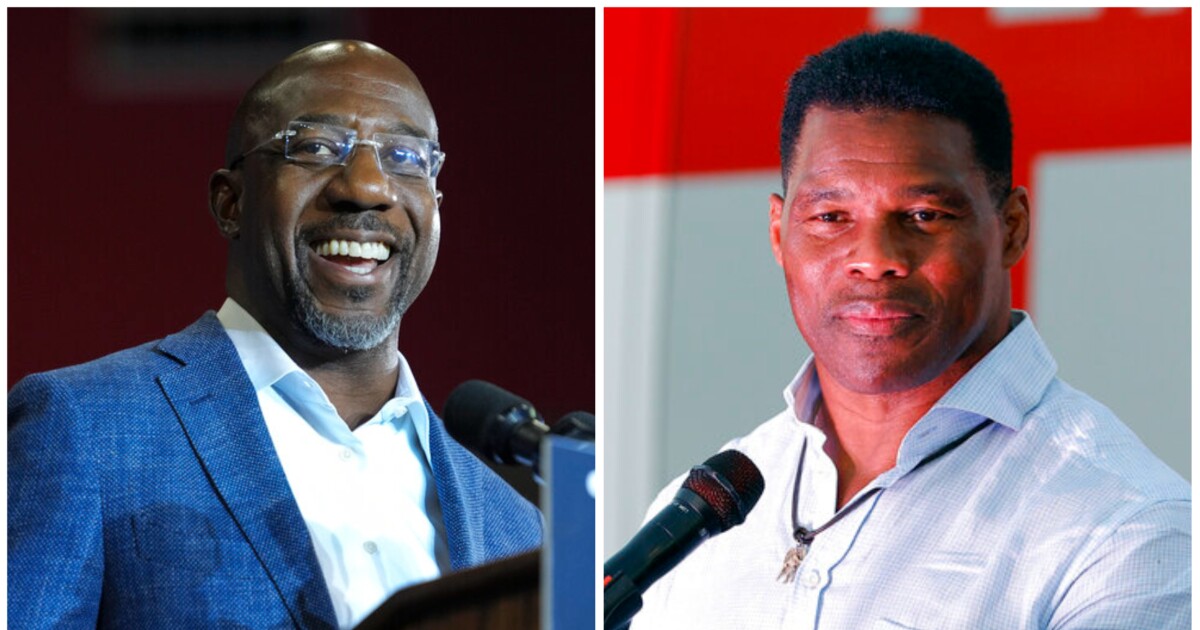 WHAT IS HAPPENING IN GEORGIA? For Republicans, the numbers look ominous. Record numbers of Georgians voted earlier this week in the Dec. 6 runoff between Democratic Senator Raphael Warnock and Republican challenger Herschel Walker. Turnout seems slightly more likely to include Warnock voters than at the same time in the general election. And overall, according to the experience of the youngest election observers, the earlier the election is held, the better the Democrats do.

Here are the numbers so far: In the most recent general election, the largest number of early voters in a single day on November 3 was 157,908. 303,650 Georgians voted in the runoff on Monday, 303,145 on Tuesday, 280,808 on Wednesday and 293,795 on Thursday. The overall turnout at this point is still lower than in the general elections, as the early voting period in the general elections was much longer and included more polling days. But the runoff numbers show a real intensity among voters. And in the midterm elections, the intensity belonged to Democrats, allowing them to maintain control of the Senate amid Republican hopes for a GOP takeover. In Georgia, Warnock overtook Walker in the general election with 37,675 votes but fell half a percentage point short of 50%, triggering the runoff.

Subscribe today to the Washington Examiner magazine to keep you up to date on what’s happening in Washington. SUBSCRIBE NOW: Only $1.00 per issue!

The polls give Warnock a small lead. And in general, many Republicans involved in the 2022 Senate election are feeling a little disillusioned with the election trends these days. They don’t go out there to predict Walker will win like they did before the general election. “That remains to be seen,” said the strategist. Another strategist added: “I have no sense of where this is going. I thought Oz would beat Fetterman, and that was clearly wrong,” a reference to the Pennsylvania Senate race in which Republican Mehmet Oz lost to Democrat John Fettermann.

Also, something about the race has undoubtedly changed in the last few days. For one thing, Herschel Walker’s main reason for running — to prevent Democrats from controlling the Senate — is gone. The Democrats have already retained control of the Senate, and the Georgia runoff won’t change that. Republican voters, who might have lent energy by the chance to wrest control of the Senate from Democrats, now know that will not happen. By and large, one strategist recently conceded, “It’s a race for nothing.”

Warnock’s reasoning, of course — to keep the Senate in Democratic hands — is also gone. In the absence of a major, overarching issue, personal attacks between the two candidates have intensified. Warnock has way more money to attack Walker than Walker has to attack Warnock. According to OpenSecrets, Warnock has “raised more money this election cycle than any other federal candidate.” Warnock reported raising $150.5 million as of November 16, to Walker’s $58.3 million. Additionally, OpenSecrets reports that Warnock “had three times that amount of cash on hand — $29.7 million — heading into the final weeks of the runoff.”

Despite everything, Warnock is not a strong candidate. He’s a low-key senator with a messy divorce and, as a pastor, serious questions about how his church feeds him money and also treats its tenants. But of course, Walker has perhaps the most chaotic personal life of any recent candidate — for a while previously unknown illegitimate children appeared to be coming out of the woodwork — which has tended to lessen the impact of Republican attacks on Warnock.

But now in the last days Perhaps the most fundamental question regarding Walker is central, and that is whether he meets the minimum standards of competence and stability for high office.

First a note. Without naming names, it should be said that the standard of competence in the US Senate is not uniformly high. Warnock is certainly not an impressive lawmaker. Despite this, Walker has been open about his mental health issues. He was accused of once pointing a gun to his ex-wife’s head and he wrote in his autobiography that he planned to use a gun to kill a man who had offended him and also a gun with suicidal thoughts held to his own head. He wrote that he suffered from “dissociative identity disorder” or multiple personalities, which he now says have been cured. He credits God with all the glory for his improvement and begins each discourse with the words, “I always give glory to my Lord and Savior, Jesus Christ.”

Then there’s the way Walker speaks. “His English is terrible,” remarked a Republican who followed him. “He has a terrible way of speaking.” Indeed he does. It is not difficult to imagine that it crunches in many ears. Once again, US Senate standards do not exactly match those of the Algonquin Round Table. But there’s no doubt that Walker can be a chore for many.

And then there is what he says. Walker spices his speeches with strange stories and analogies. There’s one about a bull that’s in one pasture and wants to check out some cows in another pasture. There is one about an elevator that goes to heaven and hell. There was an extended monologue about vampires and werewolves. Listening to Walker speak can be a downright strange experience.

Now the Democrats are in full attack mode on Walker’s competence and strangeness. Former President Barack Obama elaborated on this during a campaign visit to Georgia on Thursday evening. And Warnock has produced an ad made up of ordinary people listening and reacting to some of Walker’s weird moments. “Is he real?” one asks in disbelief. “It’s embarrassing, let’s call it what it is,” says another.

Here is the other side. Yes, Walker sounds terrible. But he still communicates with an audience. Listen to his speeches and you’ll hear some simple, solid Republican positions. He wants to restore American energy independence. He wants to reduce federal spending. He is against awakening. He is for freedom of religion. He supports the police. He wants more money for the military. He wants a less intrusive federal government. This is all mainstream republicanism, albeit poorly spoken. “I use common sense,” says Walker.

Indeed he does. In the early 2000s, some Republicans defended the highly inarticulate President George W. Bush by saying, “He can’t put a sentence together, but at least he can tell right from wrong.” This is important. And perhaps that’s why many Georgia Republicans, fully aware of Walker’s limitations, will vote for him anyway. They believe he knows right from wrong, and they firmly believe the Democrats don’t. Let’s put it that way, and the choice for Republicans is easy.

One last note. Walker is obviously former President Donald Trump’s choice. He won big in the Republican state primary last May. Now that several other Trump-backed candidates have lost — including Oz and Arizona’s Blake Masters — some Republicans fear Trump will come to Georgia to campaign for Walker. They fear it will hurt more than it will help. For now, it looks like Trump won’t actually be visiting the state. One thing the recent midterm elections demonstrated was that nothing energizes Democratic voters like the opportunity to vote against Donald Trump. It fills them with fighting spirit and determination to vote. It’s not clear how big the Trump factor will be in the runoff, but at this point it could be working against Walker more than for him. It’s a tough fight.

To delve deeper into many of the topics covered in the Daily Memo, please listen to my podcast, The Byron York Show – available on the Ricochet Audio Network and wherever podcasts can be found. You can register via this link.