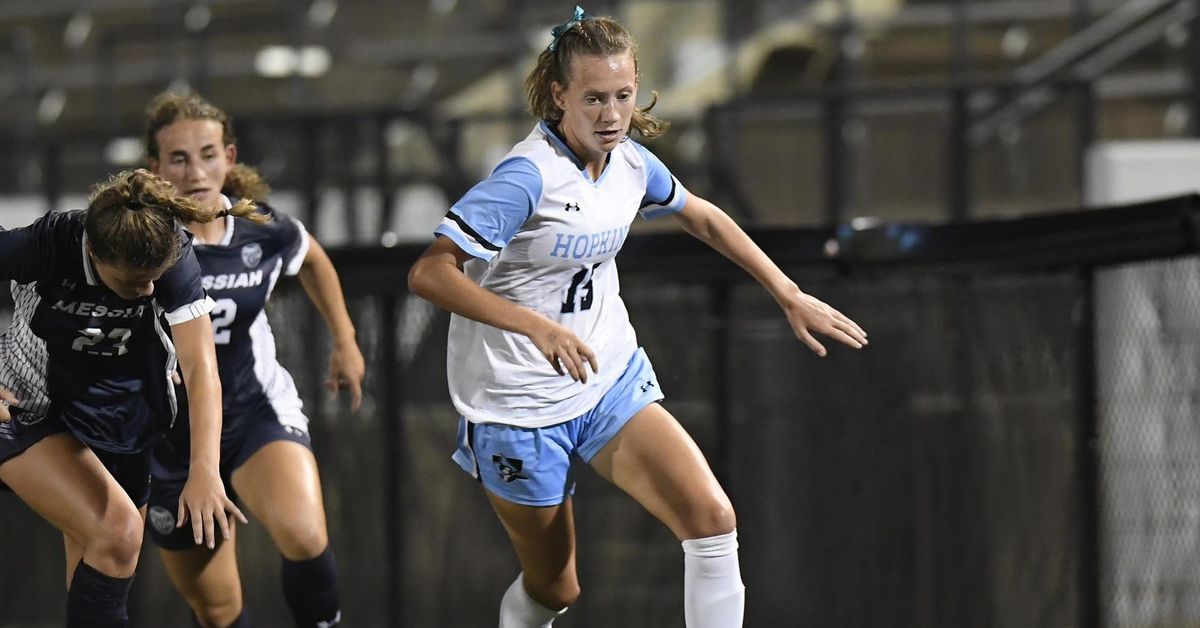 Katie Sullivan left her home state of Pennsylvania to play college soccer, but she quickly became a thorn in the side of some local colleges, picked up by Johns Hopkins that season.

Yardley’s Villa Joseph Marie graduate hopes to add another well-known Pennsylvania opponent to the list of teams that defeated the undefeated Blue Jays this season in today’s national semifinals against Messiah in Salem, Va.

Messiah, the Division III’s most decorated women’s team with six national titles, played against the Blue Jays to a 1-1 draw at Grantham in September, and since the tie with Carnegie Mellon four days later in Pittsburgh, Sullivan and company have gone 19- Game compiled a winning streak that has brought them all but two wins to one trophy.

That winning streak includes a 2-0 win over No. 1 Misericordia in Dallas on November 20 to secure only their second national semi-final appearance in program history.

“It’s definitely cool to play against teams from Pennsylvania,” Sullivan said. “We just played Misericordia in the Elite Eight and they were really good and Messiah has won a lot of national titles and is one of those teams that really knows how to deal with situations like this.”

Messiah lost his only game of the year to local rivals York and drew in the regular season with Johns Hopkins and Misericordia before earning a Final Four win over Washington University St. Louis on penalties.

“It’s going to be a challenge, but we’ve played it before, so I definitely think we can rise to that challenge,” Sullivan said.

Like any footballer who makes it to the final weekend of the season, Sullivan’s journey in football has had its share of adversities. When she was younger she said she was on the smaller side and sometimes struggled on the court to the point where she never imagined she would be in the position she is in now. The work has allowed her to develop at Yardley Makefield Soccer and become a star at local powerhouse Villa Joseph Marie.

Villa Joseph Marie made seven straight trips to the PIAA State Finals from 2014-2020, winning it in 2014 and when Sullivan was a sophomore in 2018.

“I’ve always loved being a part of those intense postseason runs and I wanted to go to a college where that would be possible,” Sullivan said.

Sullivan found that in Division III at Johns Hopkins, where she made an instant impression as a rookie, scoring 10 goals in double digits and giving out 5 assists. She has 14 goals and 12 assists this season and was named a United Soccer Coaches second-team All-American earlier this week.

“I’ve really focused on making the right decisions this year because last year I would say I would shoot when I could have probably passed more,” Sullivan said. “Also as a team I would say that this year we are more of an attacking side and managed to take things to the next level.”

One of the newcomers this year was Breukelen Woodard, a former Penn forward who leads the team with 19 goals. Rebecca Rosen and fifth-year captain Rachel Jackson have also scored in double figures. Rookie defenseman Annie Isphording was named a First-Team All-American.

“The graduate students and freshmen we brought with us this year have been so enriching to the team this year,” Sullivan said.

Should Sullivan and her teammates pass today’s formidable test, the reward will be a program’s first trip to a national championship game on Sunday afternoon. The last time a Johns Hopkins team reached this stage was in 2014, when they lost 1-0 to Williams in Kansas City.

“I just want to take it all in and enjoy it because we don’t know when we’re going to be back,” Sullivan said. “We’re all looking forward to going out there and showing the nation what we can do.”

The game will be streamed live on the NCAA website. The second semi-final between CWRU and Virginia Wesleyan follows at 4 p.m